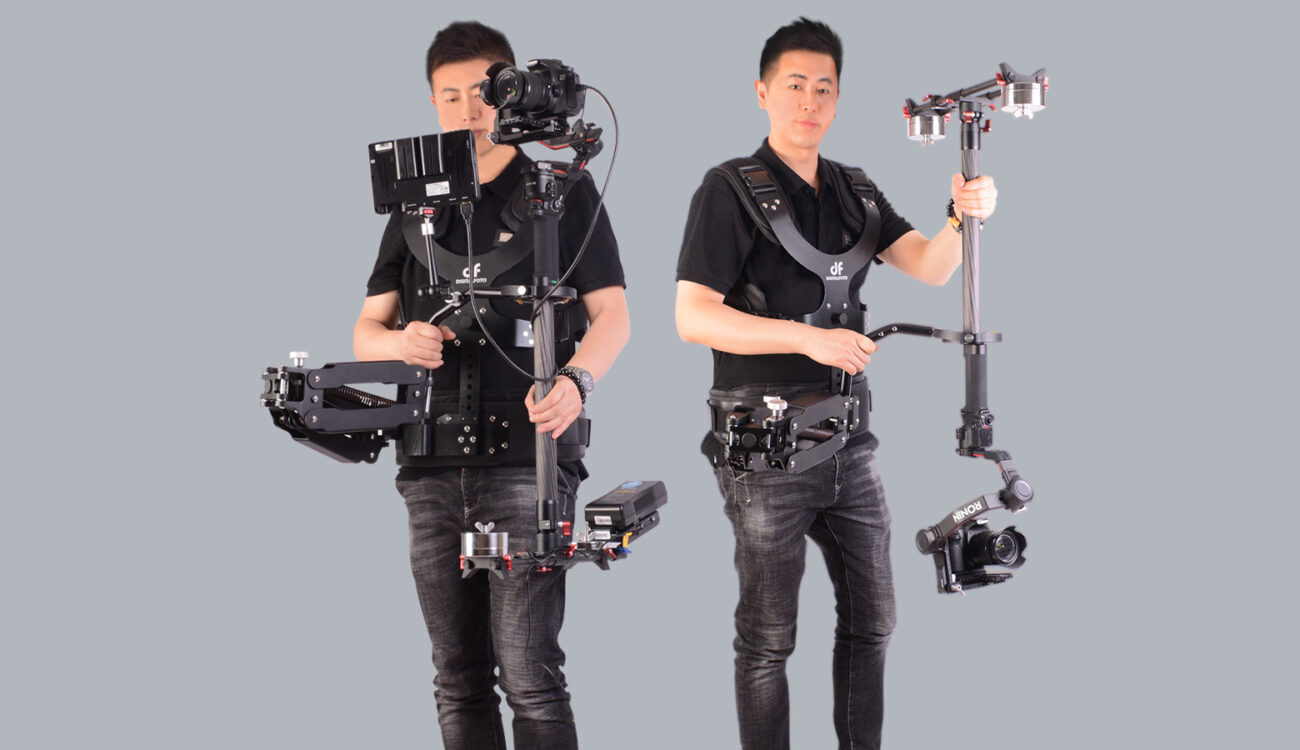 What sounds like a sequel to Marvel’s “Avengers: Endgame” is in fact DigitalFoto’s take on Arri’s Trinity stabilizer system. Let’s have a closer look at s the Chinese company’s newly released system.

A few years back Arri combined the principles of a Steadycam with those of a brushless-motor gimbal. The results that can be achieved with the stabilizer (and a skilled operator of course) are stunning. Check out Sam Mendes’ “1917” to see the system used to perfection. But at more than $50.000 Arri Trinity might not be within the budget for most filmmakers out there.

Now DigitalFoto released their THANOS PROII. Combined with a 3rd party gimbal (like the DJI Ronin S, Zhiyun Crane, Moza air, or similar devices) — it can be used to get Arri Trinity-like camera freedom on a budget.

Instead of a camera-base you would mount the gimbal on top of the TRINIPOD and thus be able to operate it in a manner similar to the aforementioned Arri Trinity system.

The TRINIPOD is part of the THANOS-PROII system, but it’s compatible, if your Tiffen, Steadycam, Movcam or Flycam as a 16mm pin.

The TRINIPOD is available separately as an upgrade for users that already own DigitalFoto’s THANOS PRO.

The THANOS-PROII pod, vest and arm

The kit includes all you need: the support vest, dual-spring-arm, and carbon fiber monopod sled. Just add your own gimbal!

The old THANOS PRO simply took the weight of the gimbal and camera off your hands and distributed it via the vest to your body. The newly redesigned arm in combination with the TRINIPOD allows you much more freedom to move the camera and it’s easier to balance the system.

The Steadicam-style dual-spring-arm will reduce up and down bounce of walking, something that a gimbal can not stabilise. The TRINITY arm can be used to jib the camera up and down, swing it around and add additional reach. If you turn the monopod upside-down, you can operate the gimbal in undersling-mode.

To power the rig, DigitalFoto includes a V-mount battery plate that supports a wide array of Sony-, Canon-, and Blackmagic Design cameras. The plate can be mounted on the sled and together with the v-mount batteryact acts as a counterweight. A range of connection cables and dummy batteries and a carrying case are also included in the kit.

The THANOS-PROII ($1350.00) and the TRINIPOD upgrade ($499.00) are available for preorder on DigitalFoto’s website. Products are expected to ship in December.

I would love to read from you in the comments: Are you using a THANOS PRO already? What is your experience with it? Are you planning to get the upgrade? If you don’t already own the THANOS PRO, will you get the new version?