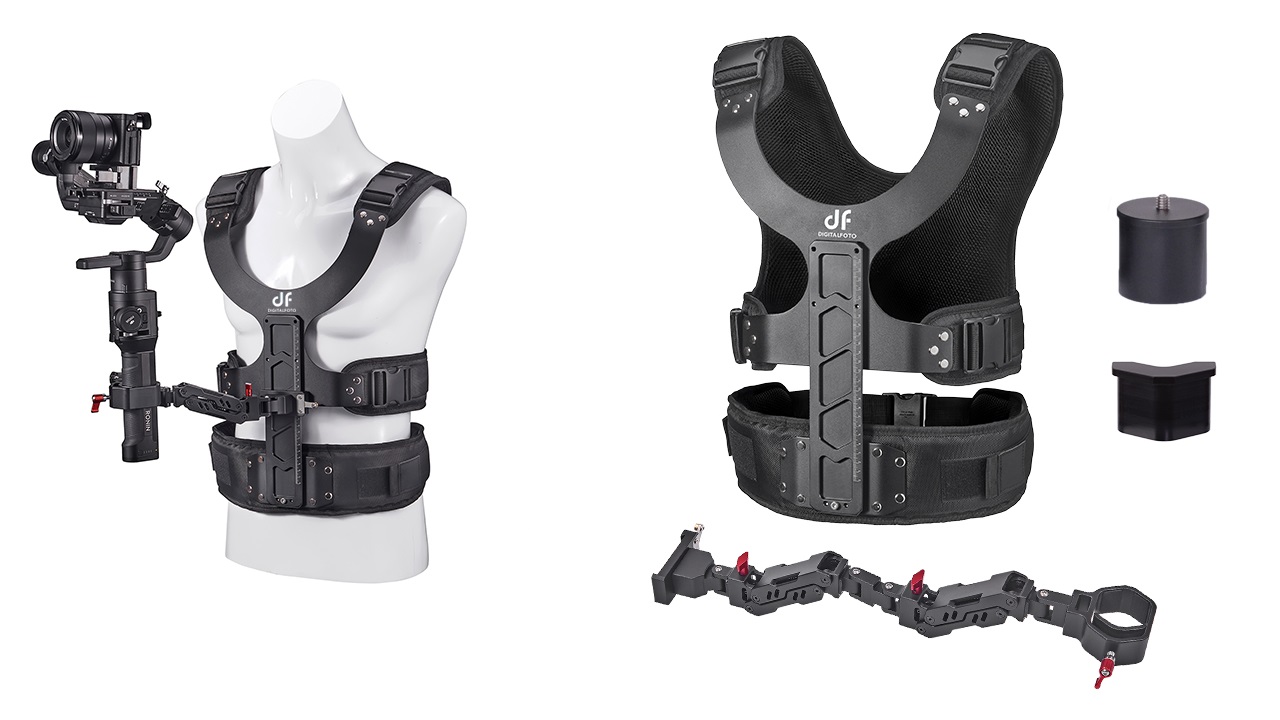 The THANOS gimbal support vest with dual arm is supposed to take the weight off of operators’ hands when using a one-handed gimbal like the Ronin-S, Zhiyun Crane 2, or MOZA Air 2. The vest’s size and tension of the springs in the arm is adjustable. THANOS is available for pre-order now. 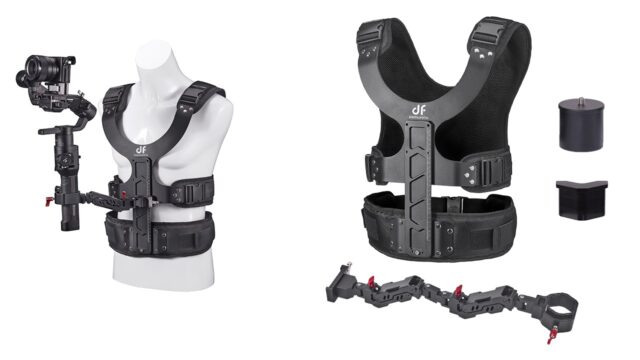 One handed gimbals are becoming heavier and capable of carrying more payload. The Ronin-S, for example, with its maximum payload can weigh up to 5.5kg (watch our extensive video review of the Ronin-S here). This might not be very pleasing to work with on longer shoots. Even holding the gimbal with two hands can cause back or hand pain after a while.

For handheld operations of heavy camera setups, we already have ergonomic back-relieving tools like the Easyrig or Ready Rig. For one-handed gimbals, there is not much there yet. One of the few solutions is the announced Steadimate S from Tiffen, which should come out soon.

The Chinese company Digitalfoto has also presented their solution by introducing vest support for one-handed gimbals. Their new gimbal support vest with a dual arm is called THANOS. Am I the only one who feels a little Avengers inspiration here? Let’s take a look at its specs.

The technology behind THANOS is not entirely new. Steadicam operators have been using vests with spring-loaded arms to distribute weight on the shoulders and waist for years. Digitalfoto has just slightly tweaked the design to accommodate lower weight and a different mounting system of one-handed gimbals. 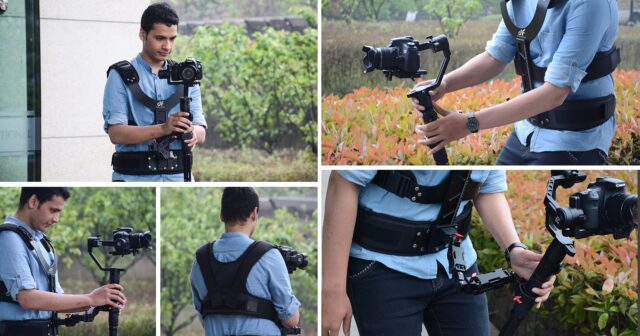 The whole system weighs 2.5kg and can handle payloads of 3.2 – 5kg, so it is compatible with the Ronin S, the Crane series, the Feiyu AK series, the MOZA series of gimbals and more. The round baseplate, which comes with the supporting system can be useful for mounting almost any gimbal (as long as it has a 1/4″ thread on the bottom). After inserting the baseplate in the arm’s clamp, it offers a standard 1/4″ screw on top for this purpose. The adapter for thinner handles also comes with the device.

The triple-jointed aluminum spring arm has two knobs for adjusting the spring’s tension according to the weight of the load used. At the end, it has a clamp to mount the gimbal handle.

On the frontside of the vest, there is a large aluminum element with a vertical moving rail. The arm can be fixed on the rail and moved up or down, depending on how high you want your camera to be. The shoulder and waist straps are padded and thanks to the velcro design, the vest size can be adjusted.

There is a good chance that (with some practice) this supporting device can also slightly reduce the up and down movements of the camera, when walking with the gimbal.

The THANOS gimbal support is now available for pre-order. The price is $450 and the package includes the supporting vest, the spring dual arm, the round baseplate, an adapter for thinner handle gimbals (less than 40mm diameter), and a carrying case.

To be honest, I am not entirely sure if a vest with arm is the right solution for heavier one-handed gimbals. As opposed to traditional Steadicams, the majority of the weight is located above the arm’s clamp. That’s why you’ll need to hold the gimbal firmly in the hand at all times to prevent any damage.

You can preorder the THANOS system here from B&H.

What do you think of the THANOS system from Digitalfoto? Would you try something like this with your one-handed gimbal? Let us know in the comments underneath the article.