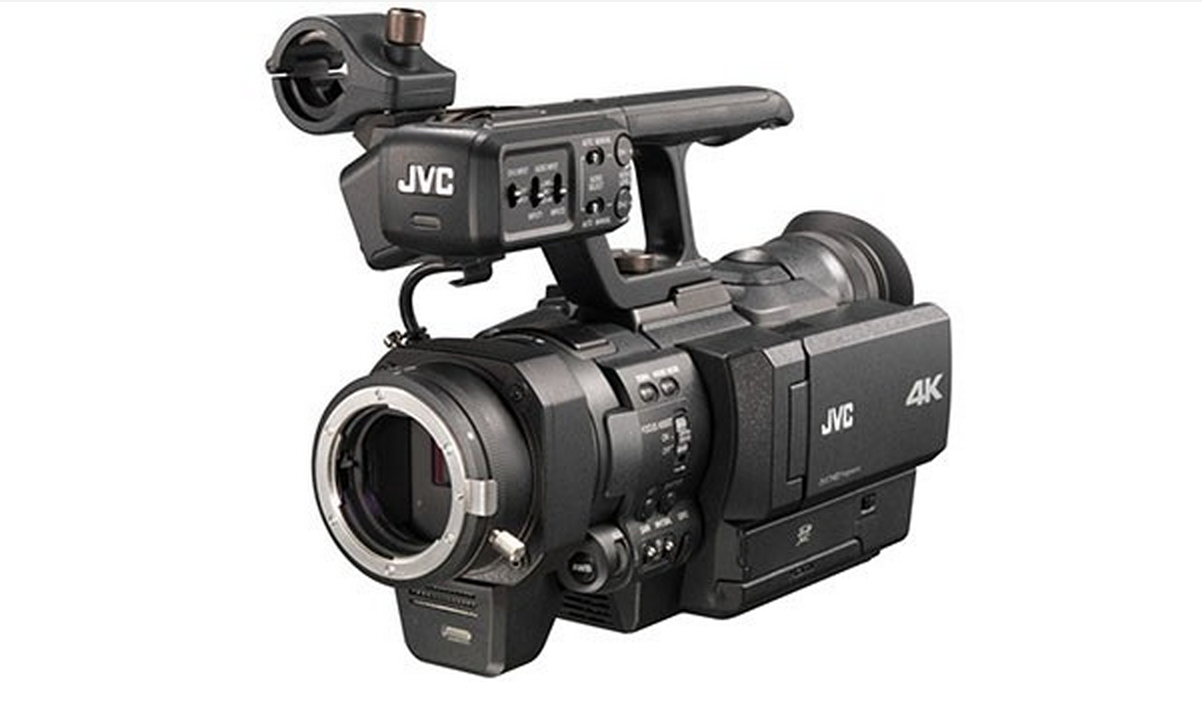 ***Update*** This camera will be available on the Japanese market only

JVC expand their 4K line with a second camcorder, this time sporting a much needed interchangeable Nikon F lens mount.

The Nikon F lens mount is a great addition over the fixed lens version, the GY-HMQ10. However it appears the new camera will not support auto focus.

It records to 4 SDHC cards, each card recording a quarter of the screen to achieve 4k resolution. 4X 32gig cards offer around 2 hours of footage.

Other features include a full 4k time-lapse function (1,5 or 40 second intervals), and a Full HD trimming function. This allows you to pick an area of the 4k image using the touchscreen, and record a quarter sized crop at 1920X1080 resolution.

The camera is ready to ship in Japan at the equivalent retail price of $18,000, which is nearly 4 times the price of the fixed lens version! This is surely subject to change, and will likely creep down as it filters across to Europe and the U.S.

With 4K fast becoming the standard for companies’ flagship lines, it’s seems pretty clear where the industry is heading over the next few years, especially with computing companies such as Apple now integrating 4K into their new releases.
With all the camera companies falling over themselves to compete for the top spot, it does leave the big question about where on earth Panasonic is in the race?