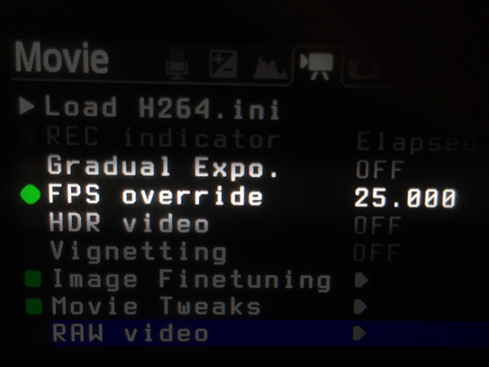 It’s a revolutionary time for indie filmmakers: A RAW module for Magic Lantern was enabled last Sunday that hacks your Canon EOS 5D mark III to shoot 14bit RAW video in 24p and we just found out it also works in 25p.

The Magic Lantern people told us how the hack works and that the process is probably non destructive. We tried it ourselves and have shot numerous stuff with the RAW functionality. It’s really not that difficult to achieve (see our step-by-step guide HERE)

And even though RAW post-processing is time consuming, we’re seeing improvements in the workflow and have a quite simple tutorial for OSX HERE. The good news for the Europeans among us is that yesterday a compile for a version that does 25p was posted in the Magic Lantern forum.

We tried it and it works well. We get no frame drops in 1080p on our 128GB Komputerbay CF cards. Should you want to try it too follow our guide (updated May 20th).

Note that there’ve been numerous people who didn’t achieve the same resolution with their 128GB Komputerbay CF cards. Maybe there are inconsistencies in different Komputerbay batches. Apparently the Komputerbay 64GB are consistently faster to achieve the 1080p at 25fps. Europeans can get the cards here: LINK