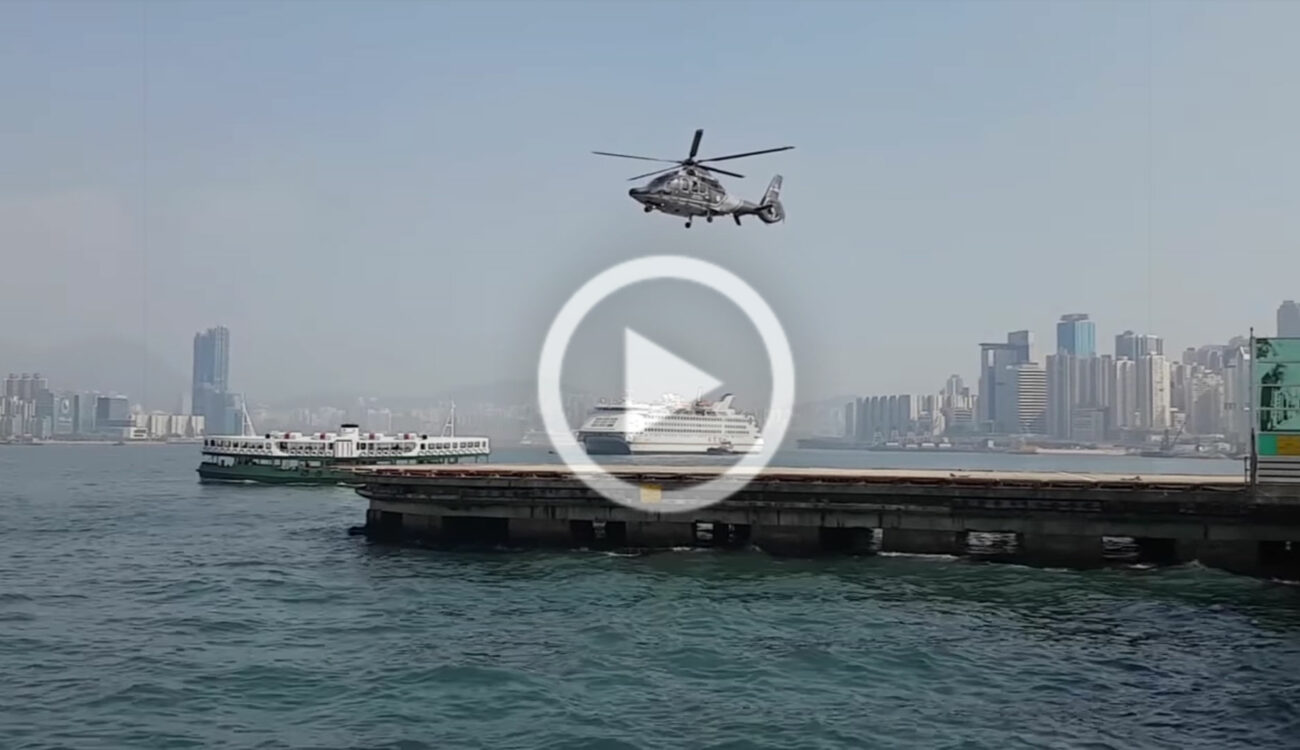 You may have seen a viral video clip doing the rounds on social media recently of a helicopter taking off with its rotors seemingly still. The result is a visual spectacle that we could never see with our own eyes. But how was the floating helicopter video shot?

In the helicopter video above – published by Munich-based cameraman Chris Fay who was on a world trip when he shot this video – the frame rate and shutter speed would have been synced perfectly to capture the ‘freeze frame’ effect of the propellers, with the shutter speed set much faster than the conventional 180-degree shutter speed, possibly 1/640 or even 1/1250 depending on how fast the propellers rotate per second.

The video is surreal, as it shows us something we can’t see with our eyes.

We got in touch with Chris to talk about how he shot the video:

I shot this video in January in Hong Kong. I shot the Video using my Samsung S7 Smartphone set on „Pro“ Function, where you can adjust the ISO and the shutter speed manually, so you have full control. To get rid of the motion blur you have to set the shutter speed to a very high value.

The frame rate was 30 fps. I am guessing that the helicopter had a rotation speed of about 6 rounds per seconds and as the 30 fps in the camera is a multiple of that, the blades do look like they are not moving. The helicopter does have the same RPM speed (rounds per minute) when lifting off, it just adjust the tilt of the blades in order to lift off. This circumstance helped to create this illusion.

It’s a cool effect that you can try on any camera and, we now know, even on a smartphone! So why not give it a go?