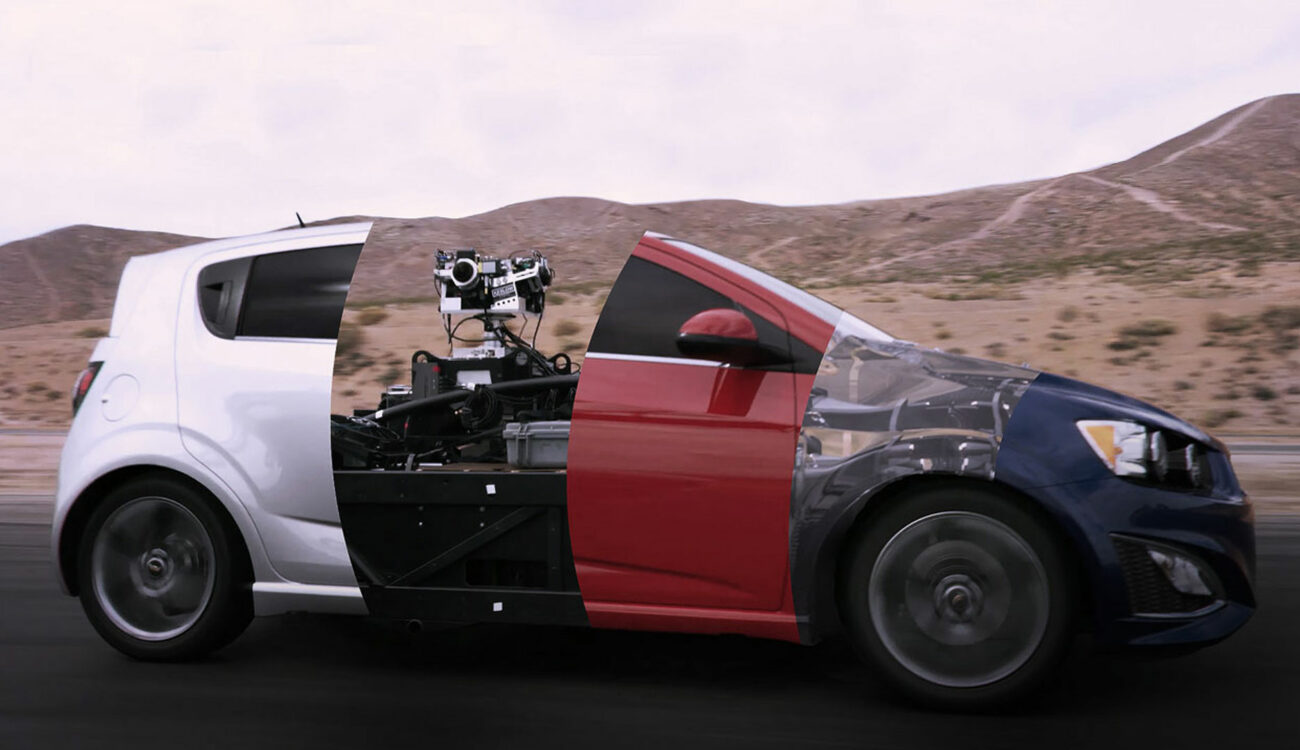 Have you ever watched car adverts and thought, wow, that looks stunning? One big challenge when producing car adverts is the availability of the car, and the amount of expensive re-touching to the vehicle itself in the scene to make it realistic. Whether it is adding headlights, reflections or even adjusting the colour or tyres for different markets.

The BLACKBIRD is the world’s first, fully customizable car rig, and it could revolutionize automotive productions by not needing the actual car featured in the shoot. Using The Mill’s extensive history in CG, vehicle re-skinning and scene mapping technology, the BLACKBIRD can imitate many vehicles by expanding the chassis, changing tyres and capturing the HDR scenery when it’s driven.

The vehicle itself took two years to build in collaborations with Performance Filmworks, Keslow, and technicians at JemFX.

The chassis length can be increased up to 4ft, width by 10 inches and the suspension adjusted to mimic ‘virtually any car’. The electric motor is programmable, so it can be set to drive, accelerate, brake and move like your chosen model, whether that’s a Bentley or a Fiesta. Because a physical vehicle is being captured during production, realistic ground contact, physics of motion and the shadows are also captured.

A fully customized and photo-realistic CG vehicle can then be composited onto the BLACKBIRD in post production, using the 100% photo realistic HDR visuals to reflect the scene on the cars bodywork. The car models, styling, colour and accessories can all be added later, meaning you wouldn’t need to re-shoot commercials for different regions or target audiences.

As well as HDR, laser scanning maps the cars surroundings to build the environment for accurate compositing. This can also be used for VR to see what it’s like inside the car when it’s moving.

Using the augmented reality app, vehicles can be previewed with their look and styling on location.

Certainly for commercials and potentially for motion picture, you may never see the actual car on set, as the BLACKBIRD can be used to create both old and new models of vehicles.

The video above shows the capability producers could have that expand the horizons of what a car advert can do, and wow us even more.  Vehicles can also be re-used, making the BLACKBIRD a cost effective option in comparison to filming with a multitude of vehicles on set.

Check out this incredible new technology over at The Mill, it would be great to see BLACKBIRD in action, in the future too.