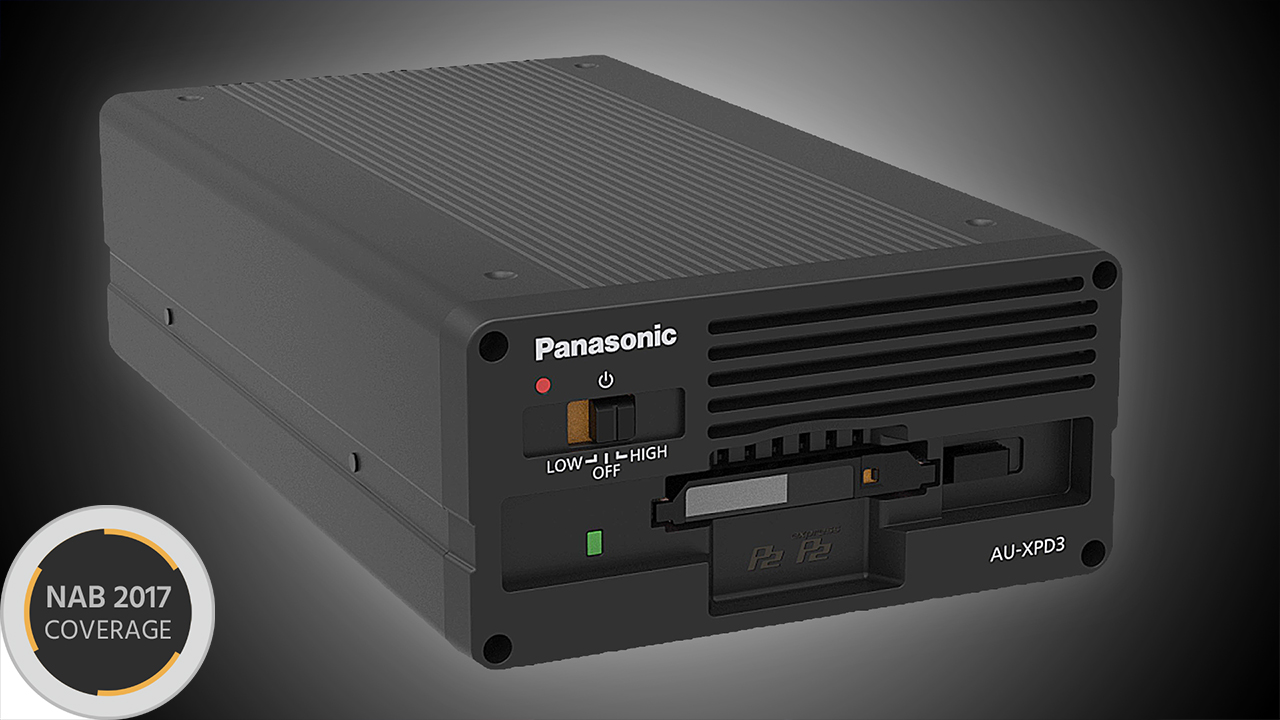 The AU-XPD3 P2 drive announced by Panasonic at IBC 2016 seems to be almost ready for a June 2017 release. Let’s see what this thing is capable of in terms speed and performance. 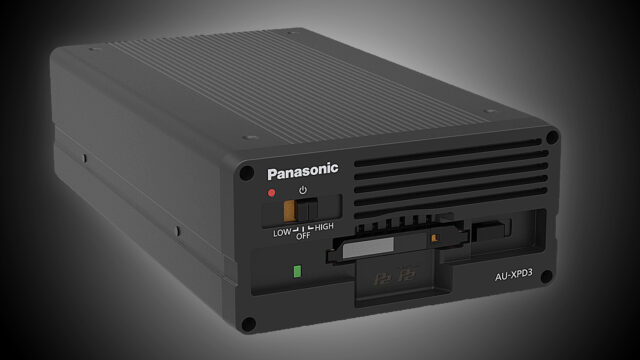 If you record high-resolution video like 4K or above, the amount of data quickly becomes a problem, not only because the storage required on your recording media increases, but also because the time required for backup increases accordingly. Since time is money, it’s a good idea to have fast storage media and an appropriate offloading hardware. Enter the Panasonic AU-XPD3 P2 drive.

This device is targeted at the expressP2 card line of recording media by Panasonic, meaning we’re talking VARICAM use as this camera produces a very large amount of data.

Designed to maximise the data transfer performance of expressP2 cards for 4K video recording, the AU-XPD3 drive operates at 10 Gbps. This means three hours worth of content recorded in AVC-Intra 4K 4:2:2 at 24fps onto a 512GB expressP2 card can be offloaded in about 7 minutes. Our Office Manager in Japan, Kiyoshi Inoue, tests a Prototype of the AU-XPD3.

Since the expressP2 B series cards sport a 10Gbps transfer rate, this is what represents the bottleneck in the offloading pipeline. The Thunderbolt 3 interface of the AU-XPD3 is capable of 40 Gbps, which more than enough, though some of that data rate is also used for daisy chaining. You can connect up to 6 units to a single Thunderbolt port.

In comparison to the predecessor which is equipped with an USB-3 interface (max 5 Gbps transfer rate), the AU-XPD3 is now capable of utilizing the full potential of the expressP2 cards transfer rates. However, all these figures are theoretical values and aren’t really useful without having checked real-life performance.

The AU-XPD3 is almost three times the size of the current AU-XPD1 model, and the reason behind it is mostly heat generation. There is a rather large fan on the back of the unit that keeps it from overheating. 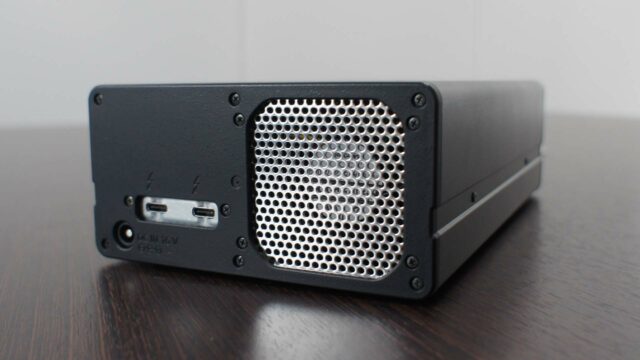 The backside of the AU-XPD3 – note the giant fan!

In terms of connectivity, this unit is super simple: two Thunderbolt 3 ports (one is for daisy chaining), one power input and of course the actual expressP2 slot. That’s it. I think an additional USB3 port would have been nice for users with older computers, or to connect the AU-XPD3 to a client’s computer. There are adapters out there of course, but these things tend to be forgotten at home when you really need them. In order to use microP2 cards, you’ll also need an adapter (AJ-p2AD1G).

Compared to the current AU-XPD1 model, which sells for $460 (April 2017), the AU-XPD3 will be significantly more expensive. Our office manager in Japan, Kiyoshi Inoue, had a chat with Panasonic about this new device, and he reports it will be around ¥ 200.000 (approx. $1.800) and is scheduled for a June 2017 launch. That might be a steep price, but considering the amount of time you can save when backing up vast amounts of data, these kind of high-speed offloading hardware devices could become a necessity in the very near future.

What do you use for backing up your valuable data? Let us know in the comments below!