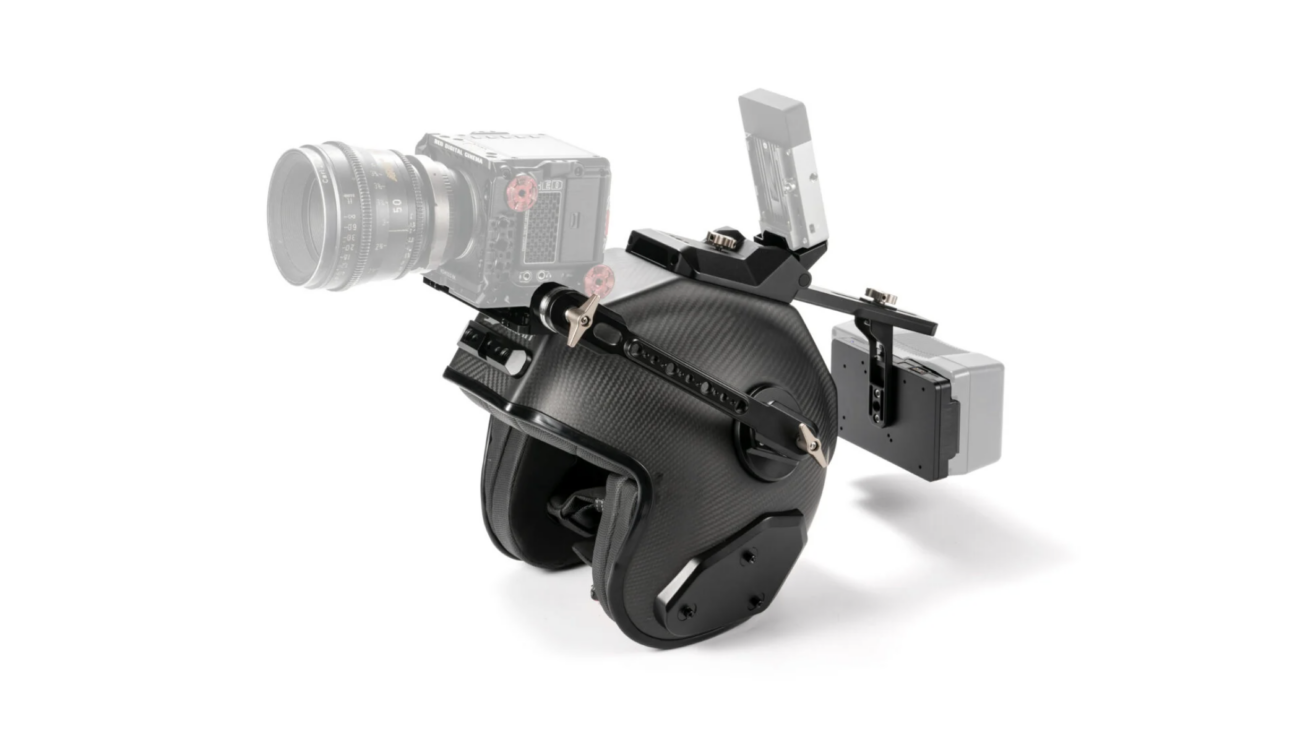 POV Camera Systems are nothing new to the cinema world. Think of the HALO jump stunt from Mission: Impossible Fallout. These systems offer unique angles that are difficult to get with standard handheld setups. But more often than not, they have been custom creations. Well, Tilta has something to say about that with the introduction of the Tilta Hermit POV Support System.

Now available for pre-order, the Tilta Hermit POV Support System is a lightweight, carbon fiber helmet capable of mounting DSLR-sized cameras, as well as the RED Komodo, in various configurations. While Tilta hasn’t released a weight limit, marketing material shows a range of cameras being used. The compositions that were was once relegated to GoPro or other action cameras, have now been opened up to the cinema camera world.

The system features five setup options suitable for sports and action cinematography. On top of this, several 1/4”-20 and 3/8”-16 screw holes line the entire system for either third-party and future Tilta accessories. There’s even a cold shoe mounting point on the top.

Tilta’s Hermit POV Support System comes with a solid carrying case that looks like it could stop a bullet. It probably won’t, but it’ll definitely keep your new camera rig safe from anything you could throw at. Except for bullets. The system also comes with several mounting plates and extensions arms with rosette attachments, all necessary tools, and your choice of v-mount or gold-mount plate, as well as 15mm rods and counterweights in three different weight limits.

Do You Need This?

This camera support system is perfect for operators filming action sequences from moving vehicles, skiing down mountains, or jumping from planes. It’s not the right tool for every shooting scenario but provides incredible versatility for action sequences at an attractive price point that starts at $1,499.00. No longer do you need to create custom rigs. Tilta has you covered. You can preorder the Hermit system today.

Here is the famous HALO jump stunt from Mission: Impossible Fallout. It took an entire year to train and prep this sequence. That included over 100 jumps in order to film only three sequences for the movie. Check it out here:

According to IMDB Trivia, stuntman Craig O’Brien used a RED Weapon camera with an IMAX lens strapped to his helmet. A special device was also created that would automatically adjust the focus by calculating the distance traveled. While the Tilta Hermit POV Support System might not be robust enough to film a HALO jump sequence for your next movie, it definitely fills a niche that has been without a dedicated tool.

Do you film action sequences that demand a POV perspective? Would you love to have this rig in your toolkit? Let us know in the comments!