We caught up with TILTA at NAB to check out some of their new products. Here is the very interesting TILTA Red Dragon Weapon Cage, adding remote control and a plethora of cable-less power and display ports to the camera.

Third party cages are usually pretty formulaic nowadays. Most do a great job in adding stability and connection points to your camera; some even add additional start/stop functionality. All come at a cost of weight, size and in some cases additional cables.

This TILTA cage is something different. Boasting the form of almost a second skin to the RED Dragon Weapon, you can barely see where the camera ends and the cage begins. 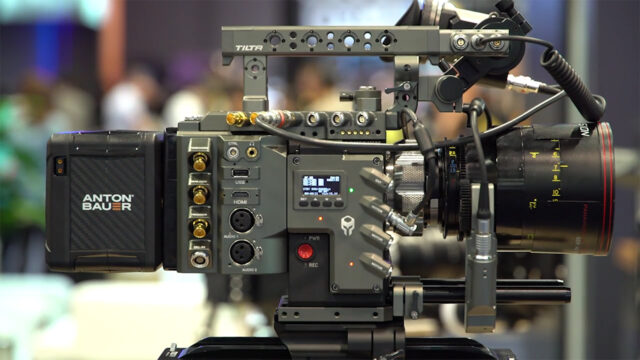 This is the advanced version; it’s presented in the above video with a rear in/out module, top in/out plate, top handle, side panel and baseplate. 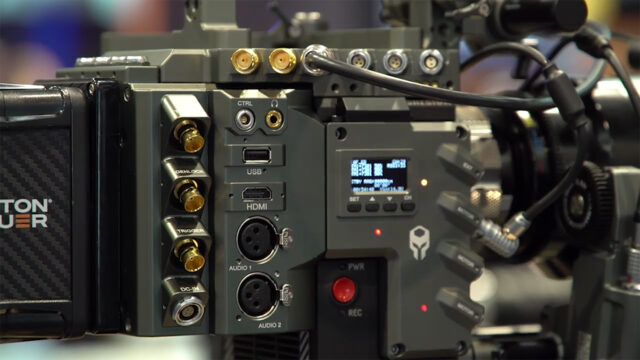 The rear in/out module provides the majority of peripherals: dual XLR with phantom power, DC in, HDMI, headphone out, Genlock, Trigger to name a few. Not to mention throughput power for your battery, presented here with a V-lock plate.

The side panel communicates directly with TILTA’s wireless follow focus module, meaning you can control the camera completely wirelessly without the need for an additional transmitter. 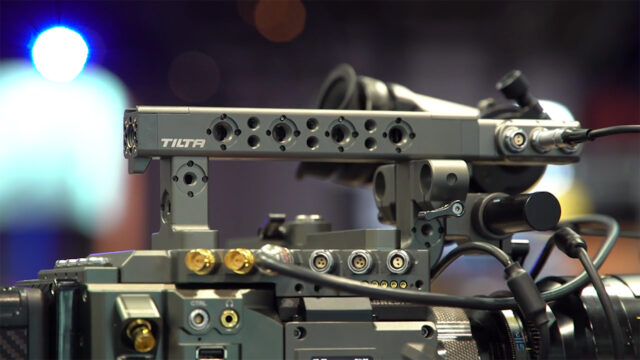 The top handle provides X3 14.8v lemo power outputs that can be re-assigned to the front, rear and side of the handle; it also has an array of 1/4″ threads (Arri-style where each thread has 4 lug holes for single thread stability) as well as dual forward-facing rod receivers and one 19mm single side-facing rod receiver.

The top plate is also covered with outputs. A further 7, 2 & 3 pin Lemo 14.8v power outputs as well as D-tap and 3x SDI outputs (from a single source) to give you an array of options for powering and displaying multiple monitors and accessories like FIZ motors. 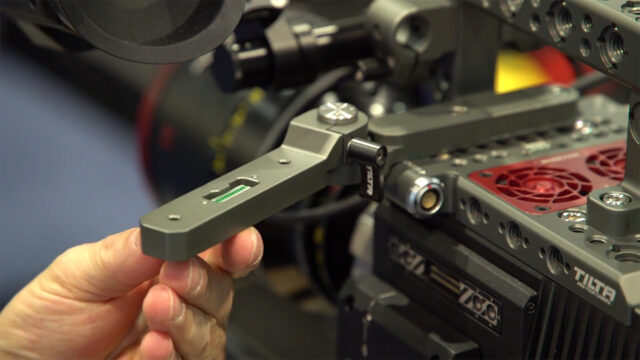 Finally, the offset arm serves to relocate the RED DSMC2 LCD. This, like all parts of the system is cable-less and allows the native screen to operate without getting in the way of the top handle.

Whilst great credit should go to TILTA for making such a pretty-looking streamline cage, the biggest merit should go to RED for their modular and expandable DSMC2 system.

DSMC2 (Digital Stills Motion Camera) is REDs new modular system that benefits from a host of contact points on their three new bodies (Weapon, Scarlet-W and Raven). It’s this system that the TILTA cage taps into, allowing for this cable-less, skin-like design. 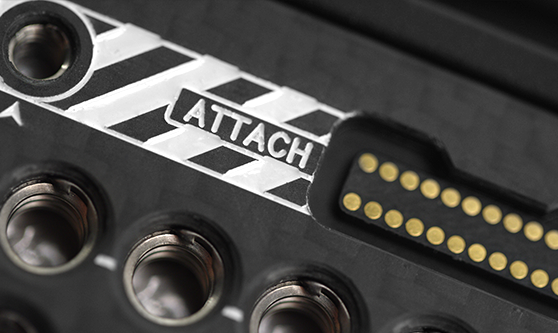 TILTA has done a fantastic job of turning this technology into a working system, but the foundations of the design must be applauded and we can only expect more third party companies to get on board with the protocol.

TILTA are trying to push production to get units shipping out as early as May, but pricing has still not been announced.