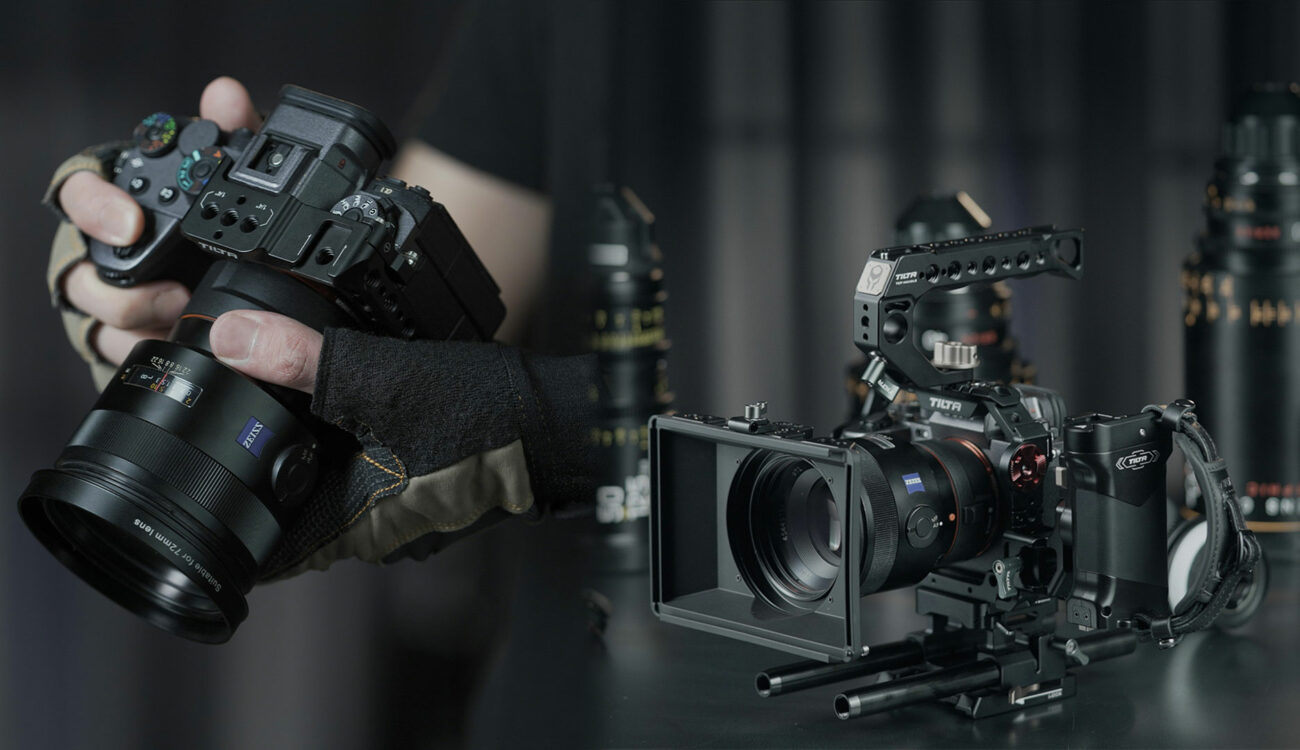 Tilta has just announced a couple of rigging solutions for the Sony Alpha 1: a full camera cage, a half camera cage, and some basic/pro kits that include an extra top handle, baseplate, and power handle. Let’s take a closer look at all these new products!

The Sony Alpha 1 was released back in January, this year – with impressive recording capabilities up to 8K at 30fps and 4K100p, this little full-frame beast is a nice option for filmmakers. If you missed it, my colleague Johnnie did a review of the Sony Alpha 1 that you can watch here.

Tilta half cage for Sony Alpha 1

Let’s start with the Tilta half cage for the Sony Alpha 1: mainly targeted at content creators looking for a minimalist option to add a couple of mounting points to their camera. This half cage is entirely made of aluminum, and it is pretty lightweight at only 151g.

The half cage features multiple 1/4″-20 mounting points with locating pins, a built-in NATO rail on the left side of the camera, as well as an extra cold shoe mount on top.

At the bottom of the half cage, you’ll find what looks like a built-in Arca Swiss plate. But the Tilta half cage for the Sony Alpha 1 also comes with a Manfrotto quick release plate.

If you want to mount your own quick release plate, don’t worry, the bottom of the cage features multiple 1/4″-20 mounting points as well as a slotted screwdriver for easy disassembly.

The Tilta full cage for Sony Alpha 1 has a lot in common with the half cage: it is made from aluminum, it’s only slightly heavier at 184g, it comes with the slotted screwdriver at the bottom, and the Manfrotto Quick Release plate.

However, there are a couple of differences in features and design. First, on the right-hand side, you’ll find a built-in ARRI standard rosette mount along with two 1/4″-20 and one 3/8″-16 mounting points with locating pins. Also, the right side of the cage still doubles up as a NATO rail.

On top of the cage, you’ll find two half-NATO rails, as well as a cold shoe with a 3/8″-16 mounting point to attach a top handle securely. Also, there is another angled cold shoe on the right side.

Last but not least, the left side of the Tilta cage contours the Sony Alpha 1’s grip and adds a couple of 1/4″-20 mounting points if needed.

Tilta offers two kits to go along its cage for the Sony Alpha 1: a Basic kit and a Pro kit. The Basic kit includes:

The Pro kit adds several other items, including:

What do you think about these new Tilta rigging options for the Sony Alpha 1? Did you make the switch to the Alpha 1? Don’t hesitate to let us know in the comments down below!