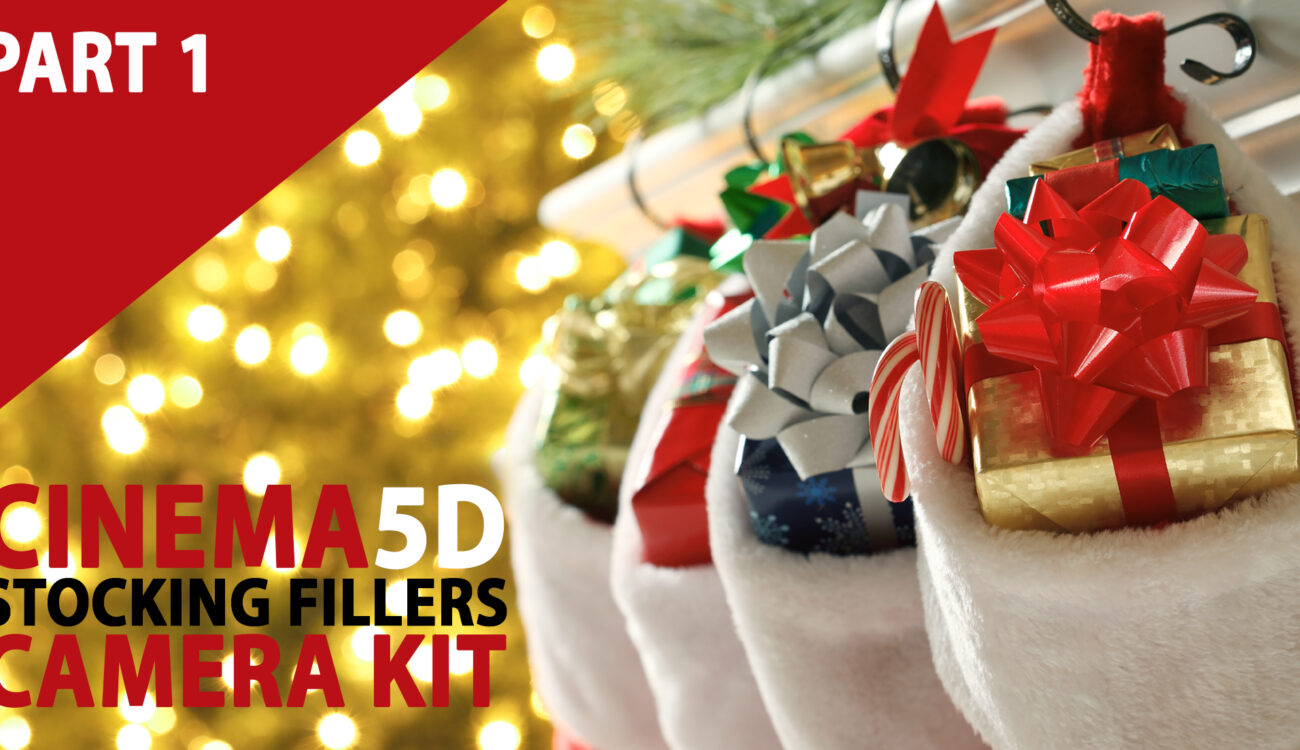 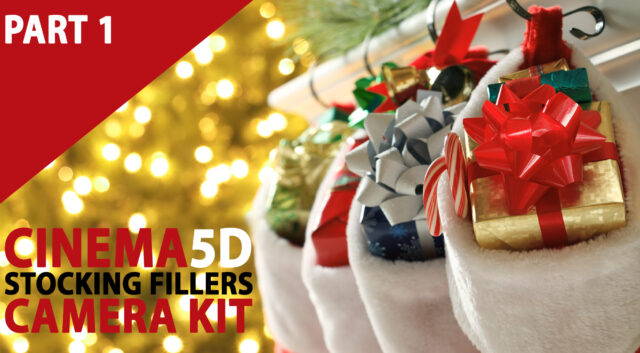 The festive season is upon us, what better way to celebrate it then cramming a B&H shopping cart filled with gear?! I’ll be doing a trio of articles over the next few days each containing 10 great products that you should have at your disposal, starting with camera kit stocking fillers.

All items are sub $100, perfect for stocking fillers if you have any baby filmmakers in the household (or simply want to hand this list over to your better half). We’ll cover the tool box and kit bags in the following two articles, but first lets get started with camera kit! 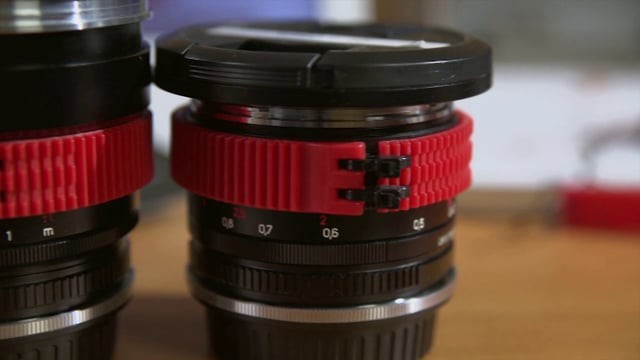 Wide Open Cameras don’t make many products but the niche ones they do tend to be pretty useful. Here are some very affordable and universal lens gears. With a 0.8 pitch they will fit my follow focus systems.

What I like about these is the very slim form factor, you can quite happily leave them mounted to the lens when switching to handheld operation. 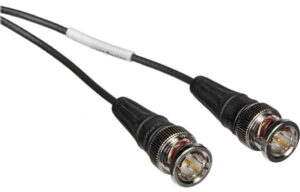 I never go on a shoot without a hefty supply of spare cables. Add to that spare bulbs, tape, ties etc and your ‘just in case’ bag gets pretty large. These cables are fantastic in keeping your kit small; they’re almost none existent in size.

That’s not all, these are the perfect cable for gimbal work as their ultra slim nature adds very little in persuasion to the balance of your rig.

Thick cables are a pain, they are easy to knock and can add weight to your camera rig. Keeping them slim and light will streamline your setup. 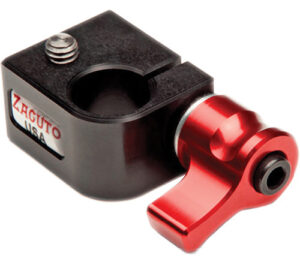 These mounts work alongside 15mm rod systems (more on that further down) they bypass the need to constantly use the stock thread making the mounting/dismounting of accessories much quicker and safer.

Tired of spinning your valuable monitor around and around to get it on/off your camera? Stick one of these in the middle (plus a ZUD below) and you’re good to go.

I use these on all my monitors and sound kit, I have a 15mm stud on the end of my boom pole permanently so I can quickly adjust my mic shock mount via the Zicro lever.
#4 Zacuto ZUD, 15mm stud $46.55 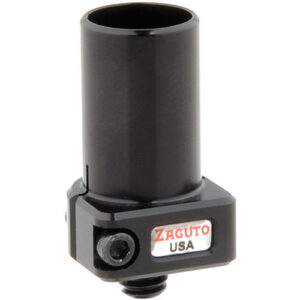 So I’m breaking the costing tier with this one but as it’s relevant to number 3 so I’ll list this next. The Zacuto ZUD is simply a short 15mm stud with female thread receiver.

You put this on the mounting side to match up with the Zicro Mount. For example the ZUD
would sit on the top of your ball head, and the Zicro mount on you monitor.

The ZUD also comes in 3/8″ thread form, what’s great about the ZUD over cheaper 15mm studs is the option of a removable male thread. You also have a tension allen on the side to help lock the ZUD in place; I’ve got many a cheaper 15mm stud stuck on accessories in the past that don’t have this feature. 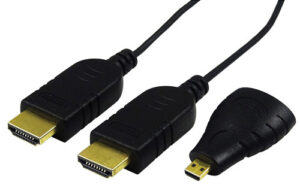 It’s no secret, I love my super slim cables. Like the above BNC, this HDMI cable is perfect for gimbal work and keeping your camera setup hassle free.

I have a plethora of slim HDMI cables in my kit, ranging from Type A to B to C.

This particular one is type A to type, good for full size applications like the Sony FS7 and Canon EOS Cinema Line. It comes with an adaptor for micro enabling compatibility with the Sony Alpha cameras too, however for long term use of the latter camera format I’d suggest a native micro cable; a cable adaptor is one more thing to go wrong! 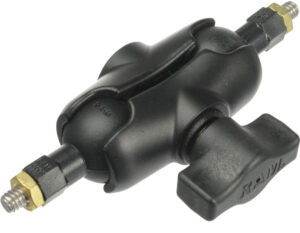 This has to be my favourite accessory mount to use. More versatile than a ballhead and less faff than a articulating arm.

With a 1/4″ thread on either end it’s highly compatible, mine often lives with a ZUD on one side.

It’s very strong which means it gets the nod over longer arms for me, plus with the addition of a few other accessories from Cinevate it can be used for a variety of applications. 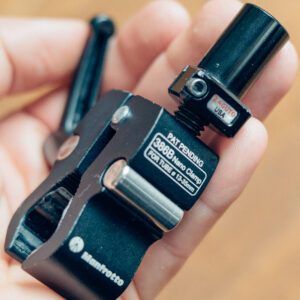 Ah the Manfrotto Nano clamp, second probably only to the Super Clamp (it’s bigger brother) as one of the most versatile bits of kit on set.

This thing will get you out of trouble in a lot of situations (pictured left with a ZUD). Many a time I’ve brought my monitoring accessories to a shoot to use with a hire camera, only to find there’s not a thread mounting option in sight. Enter the Nano Clamp, it’ll mount to anything with a diameter up to 35mm.

You’ll find me using this to attach accessories to various different broadcast cameras (with top handles) and tripod pan handles.

It has both a 1/4″ and 3/8″ thread on the top for versatility, the one I’ve linked comes with a male adaptor thread also to get your started. 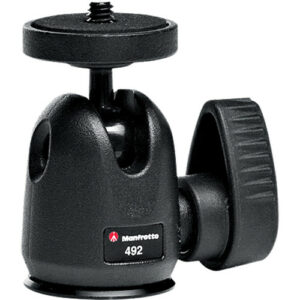 I’ve used a tonne of micro ball heads in my time and this one is definitely the best I’ve come across.

Micro ball heads usually follow with a retainer of being unstable and taking a small amount of weight; this one is a tank in comparison.

All other micro ball heads I’ve owned have deteriorated over time, I have a handful of these, the first of which purchased nearly 5 years ago and they’re still going strong.

The 492LCD version comes with a hot shoe mount attached. You can convert this back to a 3/8″ later down the line, but the 1/4″ to 3/8″ thread adaptor often becomes stuck inside proving hard to remove.

This kit works in the same principle to the Zacuto ZUD and Zicro mount, it sits between accessories and their mount to make them much quicker and safer to attach/remove. 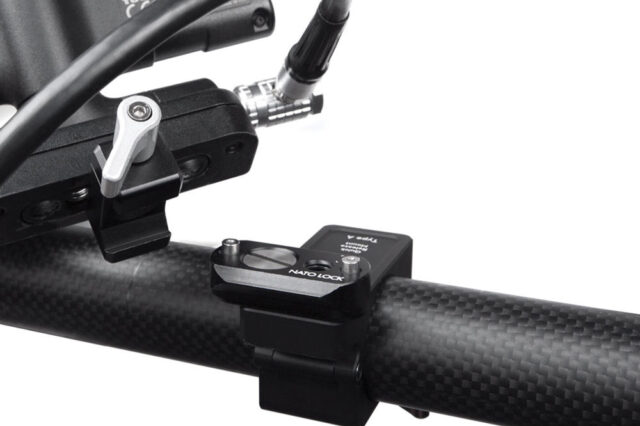 This may appeal more to some (over the 15mm stud) as the nato rail is scalable in length; you have the ability to have a much wider base for a variety of setups.

You could place a Nato rail the length of the bottom of your monitor or the top of your camera giving you variable mounting points for your accessory.

It’s less universal than a 15mm rod however, I’m surprised on a regular basis on what a 15mm stud/rod is compatible with.

Good example of this would be my Cinevate Hedron Slider, there’s a 15mm hole on one end that when couple with a light stand with ZUD on top it made the perfect additional support that is quick to adjust.

You’ll seldom get these surprises with the Nato lock kit; it has wide universal support but less stuff ‘just so happens to have’ Nato support. Pick which system will likely work better for you.

For small and compact setups, accessories that require rail support like a follow focus system can be off putting as much by the presence of a baseplate than by the accessory itself.

The Rhino Mount comes in a range of lengths and utilizes the hot shoe on the top of your camera, keeping a setup with rail support as small as it can physically be.

This is a great tool for use with gimbals (if you don’t need the hot shoe for a top cage) when you want to keep the setup small a light. Other setups like helmet cams, lightweight jibs etc will benefit too where you need rail support for your accessories but don’t want the added size & weight of a big baseplate. 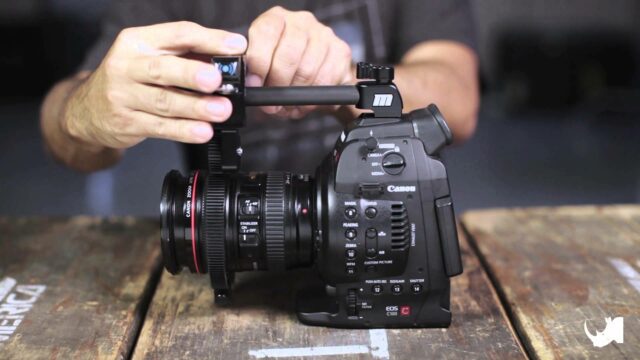 That’s my top 10 stocking fillers for camera kit, next up will be my favourite products for your tool box and kit bag.

As it’s the first article here’s a bonus number(s). Every operator should have an odds and sods bag filled with those get out of jail free items when you’re down to the wire and you can’t get A attached to B.

Never mind the chocolate money or the candy canes in that stocking, good old nuts and bolts are much more fun!

I have a pouch filled with threads, screws bolts and spigots just in case, I respect any other operator far more who has carries the same. Here’s a list of odds and sods to get you started: