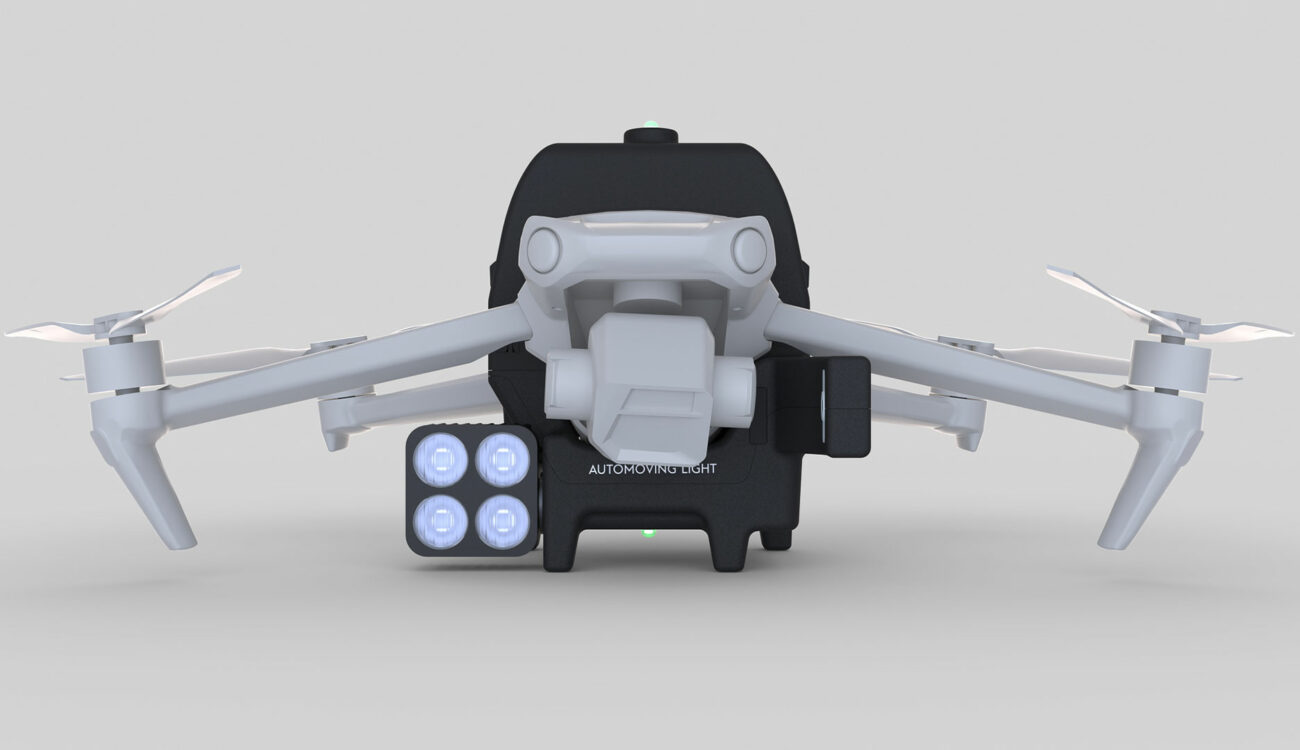 Tundra Drone auto-moving light for DJI Mavic 3 and Mavic 2 drones can output up to 10,000 lumens and it automatically tilts up or down matching the drone’s camera angle. It features removable batteries that can power the light at maximum intensity for the full duration of the flight. The Tundra Drone light kits are available now starting at $1,490.

The Mavic 3 is currently DJI’s flagship foldable drone platform. The original DJI Mavic 3 and Mavic 3 Cine drones, announced last year in November, were complemented with Enterprise versions just a few days ago. With longer flight times, better cameras, and smarter features, these drones have proven to be very useful for different purposes.

There are, of course, various third-party accessories for the drones already available as well. One of them is an auto-moving light from the Norway-based company Tundra Drone which promises to be very bright given its size. Let’s take a look at the details.

This light looks like a thick “belt” that wraps itself around the drone’s body while also including landing feet. The light head is located on one side of the belt and tilts automatically matching the angle of the drone’s camera – therefore the company calls it auto-moving. I would perhaps use rather the word auto-tilting. There are four LED beads with small reflector dishes.

The company claims that the light outputs 10,000 lumens. According to Tundra Drone, it is the world’s brightest auto-moving drone light for DJI Mavic 3 drones on the market. It is worth mentioning that it can also be used with the older Mavic 2 drones. You can get a basic idea of the brightness from sample clips included in the following video.

The creators say that the light can operate at full brightness for as long as the drone can fly on one battery. Thankfully, the battery is removable, so it can be swapped for a new one and the drone can take off with fresh batteries again shortly. Furthermore, the Tundra Drone light can be turned on or off via the DJI remote controller.

The use cases for a drone light

Why would anyone want to have a light on a drone? There are multiple possible use cases for this. First of all, there are few non-filmmaking uses such as seek-and-rescue missions or aerial inspections in environments with reduced visibility. For us filmmakers, having such a strong light in the air might help getting certain creative ideas done. Honestly, filming with the same drone that carries the light does not produce very nice looking images in my opinion, but depending on the project, it might be the desired look.

To me, a more interesting use for filmmaking would be to use the drone with this kind of light only as a light source for other cameras or drones. Please be aware, however, that there might be stricter rules for night-time flying in some areas. Always respect the local policies when flying drones. Another unanswered question is how the weight of this light affects flight time of the Mavic 3.

Current delivery time in the USA is approximately 4 weeks from the time of the order. Tundra Drone claims to be partnering with enterprise drone dealers in the US to ensure better availability and faster delivery.

Do you use DJI Mavic 3 for your work? What do you think about the Tundra Drone auto-moving light? Let us know in the comments section underneath the article.