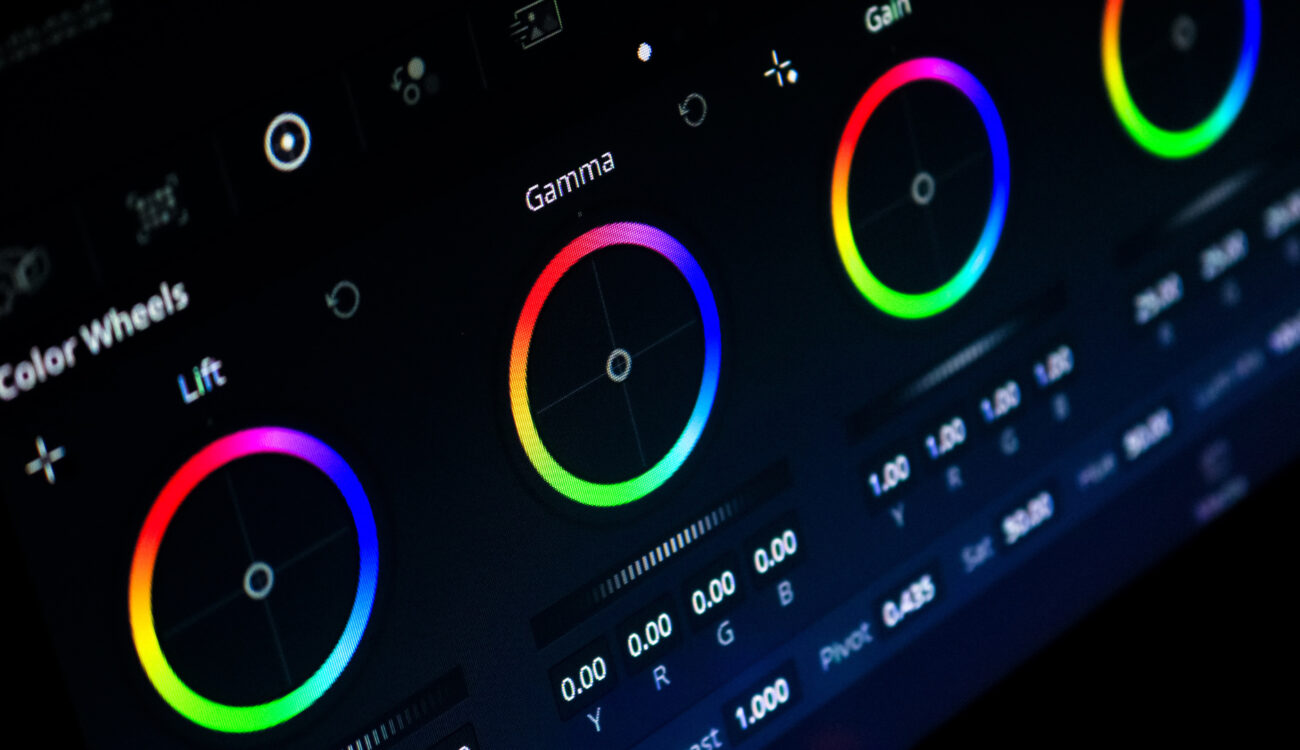 Color management is one of those terms that every filmmaker nowadays has most likely heard of. But hardly anyone really understands the inner workings, let alone the need to implement such a workflow properly. Netflix has released an easy-to-understand 7-minute video on the basics of color management workflows to help us out.

UPDATE: Please read the comments on this article, as there seems to be a problem with some of the content of the video this article is based on. I will amend the relevant passages once I have a full handle on things. Sorry for the inconvenience, we are all here to learn.

UPDATE 2: I have now augmented the problematic passages with statements from Pawel Achtel ACS, who originally pointed out that things are quite different from what is shown in the video below. Nevertheless, I leave the article in its original form to keep it in context. The passages in bold are quotes from Pawel. I am by no means a professional color scientist, so I am grateful that Pawel came forward to set the record straight. Lifelong learning is the goal here I would say.

Modern filmmakers have to deal with myriads of strange (and rather technical) terms like color space, log formats, LUT, ACES, REC.709, color-managed workflow or HDR… all these terms may sound familiar and all these terms relate to one common thing: Color. More specifically, they all revolve around the question of how to ensure that what filmmakers see on set looks exactly like what the audience will see on their TV/tablet or in the cinema.

So filmmakers face a problem here: the captured footage must pass through many hands, departments and workstations before the final video can be delivered. And since every screen, professional or consumer, processes video signals slightly differently, the result at the end of the post-production pipeline is unpredictable.

When color grading a given timeline, how can you be sure that the display you’re working on handles color exactly the way your audience’s various devices and TVs do? In this example, we’re talking about a display-referred workflow, where the way the underlying footage was acquired is not considered at all. The only thing that “matters” is the type of display you are working on right now.

In contrast, a color-managed workflow will not rely on a specific display type but on the so-called scene data which was captured by the camera in the first place. The technical term here is scene-referred state.

Now, in order to get the most out of each scene captured in terms of color fidelity and dynamic range cameras often use log formats to capture this scene-referred state. As you know, log formats such as Canon’s C-Log 2 or Sony’s S-Log 3 look very dull and flat. That’s because these formats are not meant to look good to the human eye but to store as much information as possible.

The fact that they (Netflix) are using ACES workflow or any other Colour-Managed Workflow doesn’t make it Scene-Referred. The critical distinction that they missed here is the camera IDT (from sensor-specific colour space to AWG, RedWideGamutRGB or SGammut3, etc…) that eventually brings us into ACES with a fixed transform is not Scene-Referred. This IDT is not Scene-Referred and therefore nothing downstream is (with one exception, addressed below). This is because it doesn’t Reference the Scene. It references a different Scene that camera maker “canned” in their lab as their “Colour Science” for particular camera model. In order to be corrected for the actual Scene illumination, it requires Chromatic Adaptation and/or some other transforms downstream. And this process is inherently Display-Referred (or Output-Referred in general) because you are working in Display Colour space in order to do so.

Almost all workflows in Cinematography/Video are Display Referred and this doesn’t mean that they are or aren’t Colour-Managed, as incorrectly stated by Netflix. << (Pawel Achtel ACS)

Once the principal shooting is done for the day, the logarithmically captured footage needs to be transformed into what’s called a Working Color Space. From there, it’s easy to share the footage with different departments and be sure everything looks the way it should. For viewing the footage on any monitor or projector, this working color space can be transformed again, this time to meet the specific needs of color grading artists, VFX artists, editors, and so on.

Once post-production is complete and everything is in place, the final timeline(s) can easily be converted to whatever format you want to deliver: REC.709, DCI-P3, you name it. The whole idea is to maintain as much color fidelity and dynamic range as possible throughout post-production, while ensuring that the colors always look as they were intended during shooting. For setting up such workflow the new(ish) ACES (Academy Color Encoding System) framework is a good starting point.

>> The ACES workflow that Netflix presented is Display-Referred workflow and it is Colour-Managed because it does assure consistent colours even if source material is coming from variety of cameras. There is nothing wrong with this workflow and this is how most movies are made.

In distinction to that workflow, Scene-Referred workflows assure Scene colorimetry to look the same across different Scenes and lighting conditions. Whether you shot a scene using tungsten lighting, LED, or natural sunlight, or next to a purple wall, the colours will be consistent across those shots in terms of colour reproduction. The reason they will be consistent is not because they went through Chromatic Adaptation process using your Display in a Display-Referred workflow, but because they didn’t need to. Camera Scene-Referred IDT already assure those colours to be consistent across different Scene illumination.

Scene-Referred workflows are much more common in still photography. Capture One, Photoshop, RawTherapee – all allow Scene-Referred workflows. They do so by allowing custom, Scene-Referred camera IDT that was created at the Scene, to be used instead of the “canned” camera IDT provided by the camera maker that was captured in a different Scene and forcing you to use Chromatic Adaptation or other means to make the look across the scenes with different lighting consistent. ACES workflow doesn’t address this colour consistency across Scenes with varied lighting conditions.

Another resource you might want to check out to further climb in to this rabbit hole is the below video by the great Cullen Kelly who provides us with a more practical approach of how to implement the aforementioned ACES framework into a DaVinci Resolve based color grading pipeline.

Parts Two and Three will take you even deeper into the concepts and the implementation of a color-managed workflow in DaVinci Resolve.

Of course not everybody should bother with using color management and/or ACES. But if you’re working in a team with several departments or with footage from different cameras, implementing a color-managed pipeline in your post prodwuction workflow might be worth a close look for sure.

Do you use a color-managed workflow on your projects? Share your experiences in the comments below!