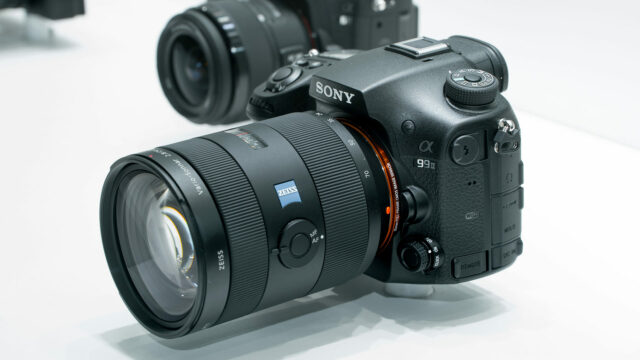 We took a closer look at the video capabilities of the new Sony a99 II announced at Photokina 2016, and how it compares to the a7S II and a7R II.

This new flagship A-Mount camera is a high-spec performer in the photography world: it has a translucent mirror, a dedicated auto focus sensor, and Sony says it even performs better than the A7R II for stills. The camera was only announced a few days ago and here are all the video features at a glance: So, as Sony’s new flagship DSLR, we expect it to perform quite well for stills. But what about video? The image quality is almost the same as the a7R II as it uses the same image sensor with 4K at 25p with a full-pixel read out with no pixel binning. The s35 format is also available for video, oversampling the 15MP image to make the 4K image.

However, when comparing the Sony a99 II to that favourite among video shooters, the a7S II, things get a little different. The full frame read out of the a7S II produces a better image, but in s35 mode, the Sony a99 II with its 15MP oversampling can produce very sharp 4K video.

The camera will cost $3200 and is available for pre-order now.