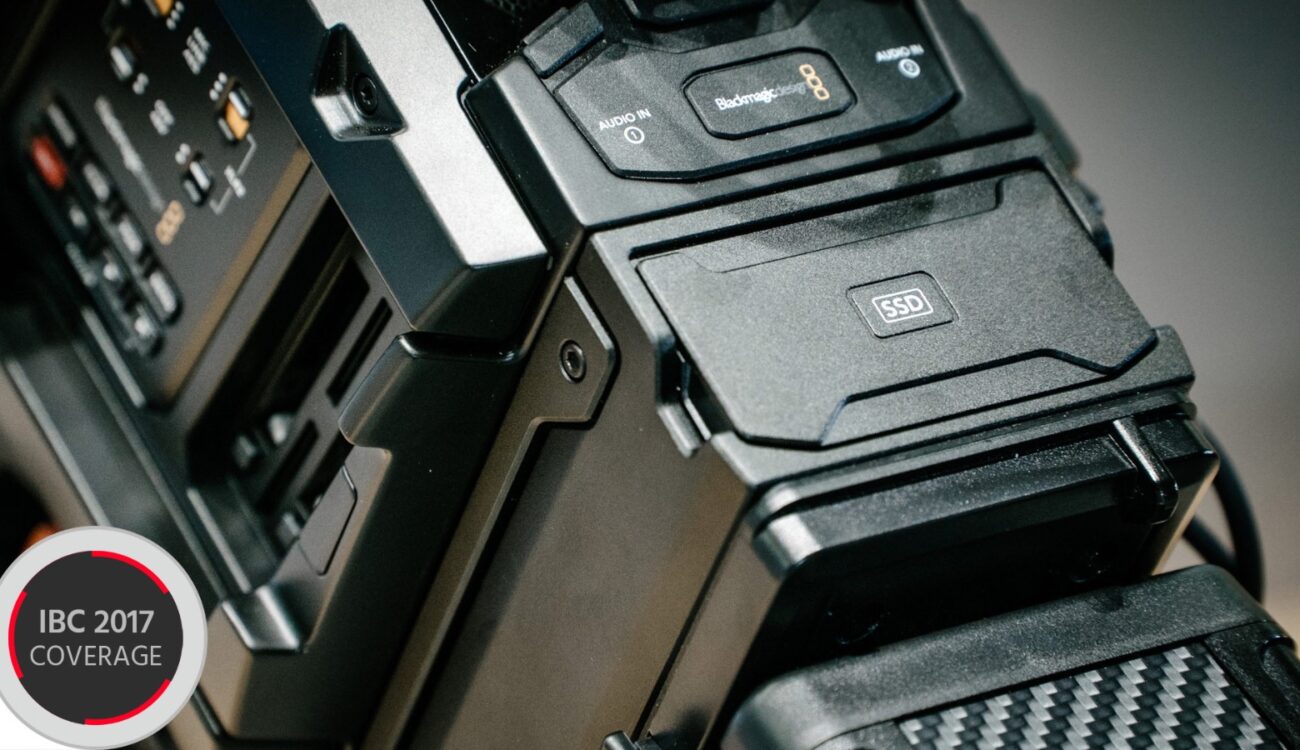 EDIT: We were notified by Blackmagic Design that the new SSD Recorder doesn’t mirror record as suggested by Blackmagic’s interviewee in the original video. Therefore we removed the video from this article. We were told that the SSD block will be a third recording option.

Blackmagic Design has listened to customer requests and developed an SSD recorder for the URSA Mini Pro, which was announced earlier this year. This allows users to to get fast recordings on to larger-capacity media. It attaches to the rear of the URSA Mini Pro and enables you to record solely onto the SSD (instead of the Cfast 2 or SD card options). 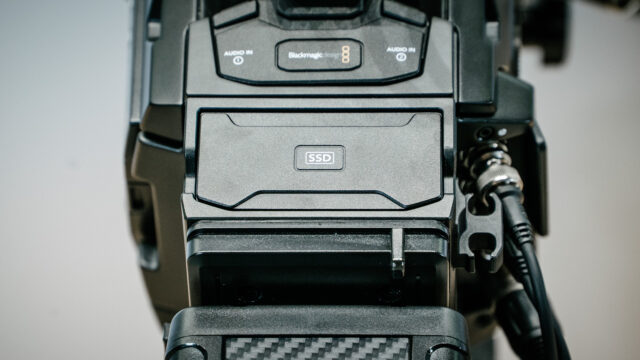 The URSA Mini Pro SSD Recorder connects via 2 SDI cables to the camera.

The choice of using SSDs was due to the low cost and wide availability of the medium. The SSD recorder works in the same way as the Blackmagic Design Hyperdeck, and recommends the same high-speed drives to use in the recorder. It mounts directly onto the camera, and is designed to be used exclusively with the URSA Mini Pro.

In terms of proxy recording in a lower bitrate or more compressed version of the recorded media, unfortunately this is not possible – the URSA Mini Pro SSD recording capability offers only a direct capture of what ever codec and resolution dialled in before the beginning of recording.

The SSD recorder for the Ursa Mini Pro seems to make more expensive and inconvenient tools like the Atoch C2S obsolete. It will be available in approximately four weeks’ time for €339.

As well as the SSD recorder, Blackmagic is now shipping the Nikon F-mount adaptor, which gives native lens support and retains the focal length of the lens. The microphone holder is available now too, which attaches to the top handle and allows operators to attach a shotgun microphone such as the Rode NTG4+ onto the camera body. It is €125.

Are you interested in the new URSA Mini Pro SSD recording capabilities? Are you a Nikon lens user that can now attach your lenses to the camera? Let us know in the comments!