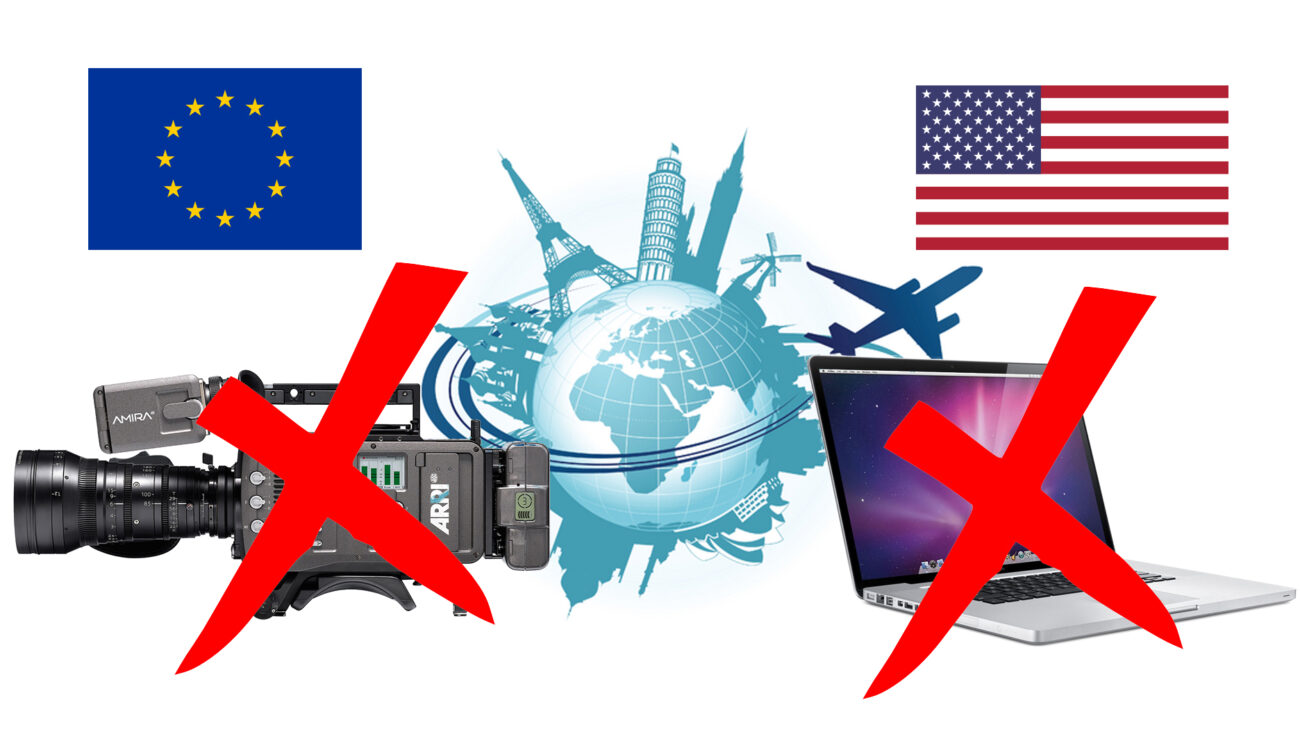 The US State Department is considering to extend the electronics carry-on ban from flights from Middle Eastern airports to all flights from Europe. They claim it would be an added security measure against terrorist attacks.

We originally reported on the carry-on travel ban implemented back in March 2017 for all flights from Middle Eastern countries to the US (check out Fabian’s article here). The United Kingdom quickly followed suit, implementing the same ban from the same airports. It now seems as though they are planning to extend this policy to flights from Europe as well, a restriction that has some significant ramifications for travelling filmmakers everywhere. Below is a video that illustrates why we choose not to check our delicate equipment, and why this ban could significantly affect our industry.

From personal experience, I learned to always travel to assignments with my camera on me. As you are allowed to have one lithium ion battery in your carry on as long as it’s attached to your camera, this guarantees that you can have a working kit consisting at the very least of a camera, battery and a few cards to start the job in the event that luggage goes missing or is put on another flight – something that unfortunately happens all too often. If this ban is extended, taking your camera with you won’t be possible any longer, even if you travel from European airports. The only option left would be to pack your gear safely in a Peli-style case and hope for the best.

No final decisions made on expanding the restriction on large electronic devices in aircraft cabins; however, it is under consideration 1/2

This is a horrendous ban in terms of data security too, as professionals relying on their laptops for work are forced to leave their data completely unattended for hours. We will see how the business sector will deal with this, but in the meantime I am sure there will be a rise in demand for Pelican Cases and locks.

What do you think of the potential ban for all European flights to the United States? How will you protect your gear? Please let us know in the comments below.