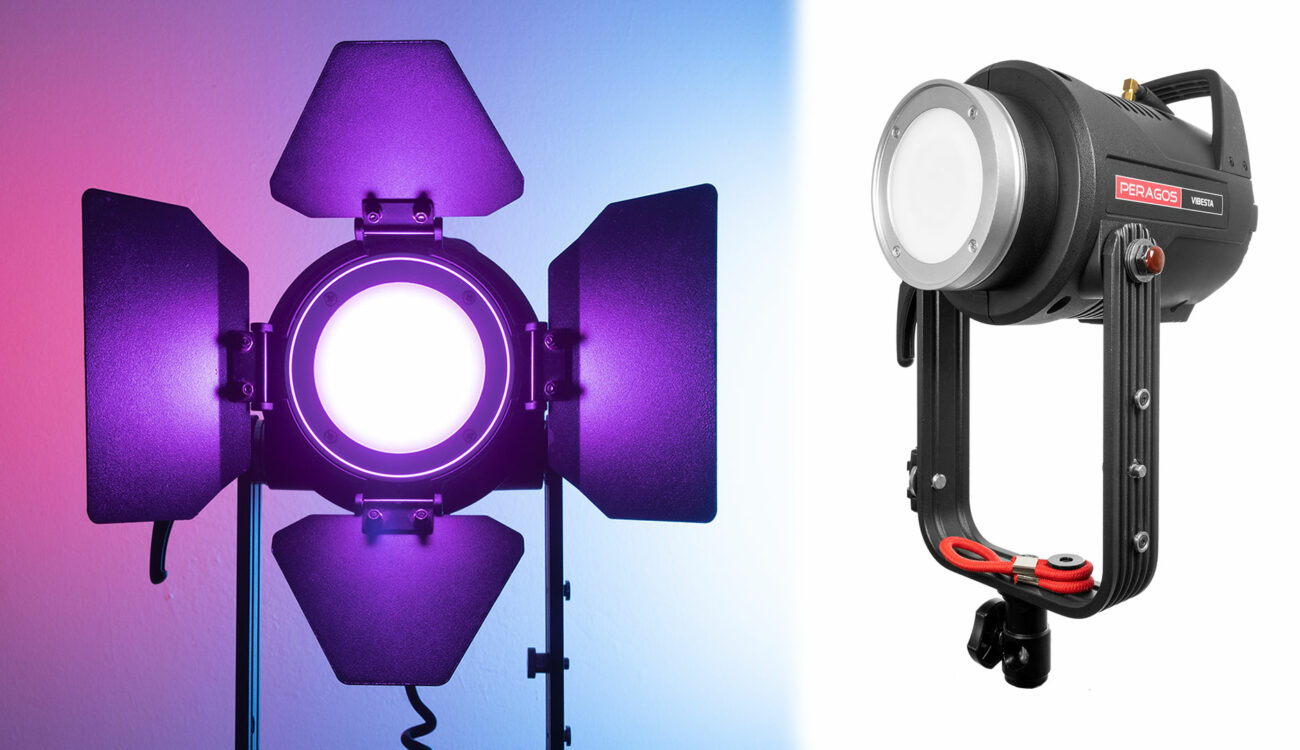 Vibesta recently released a new 150W RGBW COB light: the Peragos Head 150C. This powerful and versatile light can be battery-powered, it’s compatible with Profoto/Bowens-mount lighting modifiers, and with an aggressive price tag of €399, the Peragos Head 150C will vigorously shake the crowded LED lighting market.

Vibesta is a Dutch company that launched its first LED light, the Peragos Disk, back in 2019. I purchased this compact RGBWW fixture when it was released, and it has served me well over the years, with excellent light output and quality, given its size. However, Vibesta is the parent company of Rayzr, so the Peragos Disk was technically not their first product.

In 2020, Vibesta launched a campaign for the Peragos Tube on Indiegogo, which ran successfully. Since then, the company has updated its RTX Master App but hasn’t launched any new products until now. With the Vibesta Peragos Head 150C, the company is introducing their first COB/hard light.

The Vibesta Peragos Head 150C is a compact RGBWW LED fixture that measures 22x21x20.5cm/8.7×8.3×8.0″ with the yoke attached for a weight of around 2kg/4.4 lbs. This light does not have an external ballast: the controls are directly built-in in the head and need just a power brick or V-Mount battery to power them. The power supply connects to the Head 150C via a locking 4-pin XLR connector.

You’ll find a small screen at the back of the fixture, four control buttons, a knob to adjust your settings, and an On/Off switch. Also, there is a small antenna on top of the Head 150C, as you can control it wirelessly via the RTX Master app.

While daylight-only and bi-color COB LED lights are something fairly common on film sets, their RGB/RGBW counterparts are still relatively “new” and, let’s face it, quite expensive. The Vibesta Peragos Head 150C aims to democratize RGBWW COB LED lighting.

These magnetic modifiers are sold under the NanoCore brand, and you can choose from no less than 13 magnetic modifiers/reflectors: diffuser dome, honeycomb grids, fresnel lenses with different angles, hyper reflectors, and so on. It’s quite impressive that Vibesta developed such a powerful and complete ecosystem of accessories for the start of the launch.

Next, you can snap some accessories like the barndoors directly in front of the light.

Last but not least, the Head 150C features a native Profoto mount and sells a Bowens mount adapter. In short, you can use this light with any lighting modifier from Profoto, Chimera, Bowens, BronColor, ETC, Elinchrom, Aputure, and more. That’s what we call a well-thought-out fixture! If you don’t already have lighting modifiers, Vibesta launched multiple quick softboxes and lanterns.

The Vibesta Peragos Head 150C is available now, starting at €399. Please note that the basic kit does not include the V-Mount battery plate nor the V-Mount clip for the power brick that retails for €65 and €39, respectively. All the accessories and lighting modifiers are sold separately, so you can build the perfect kit based on your needs, also various bundles are available.

What do you think about this new Vibesta RGBWW COB LED light? Did you ever use Vibesta or Rayzr lighting products? Don’t hesitate to let us know in the comments down below!