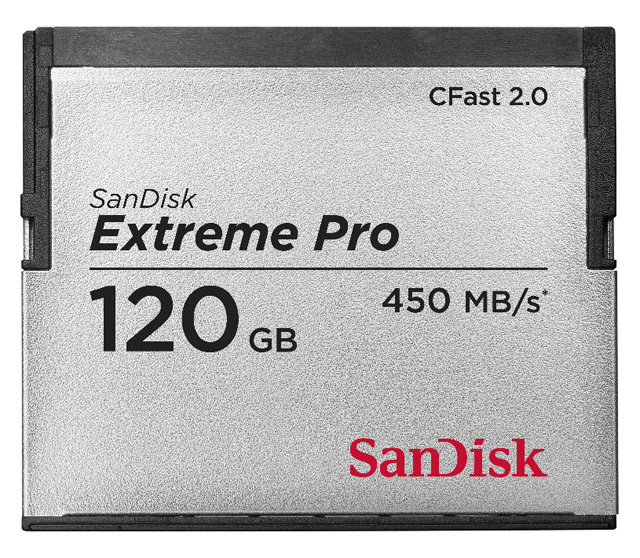 With the announcement of Arri’s new and intriguing handheld camera, the “Amira”, we also saw a new memory technology that has been integrated into it. CFast 2.0.

Basically CFast 2.0 is just an extremely fast new CF card standard which has been introduced by the CompactFlash association last year and apparently SanDisk is the first company to come out with this technology.

The 120GB1 SanDisk Extreme Pro CFast 2.0 memory card is the world’s fastest memory card, with read speeds of up to 450MB/s2 (3000X) for maximum workflow efficiency and write speeds up to 350MB/s2 (2333X) for faster recording performance.

This certainly makes our superfast 1000x Komputerbay cards feel obsolete, but considering that the new Arri Amira will record 200fps of ProRes 4:4:4 in 2K makes it understandable that fast CF memory is needed.

The first CFast card will hold 120GB of data and there’s no word on pricing yet. The company is also stretching the limits of storage with their newly announced 256GB UDMA7 CF card that is coming in October.