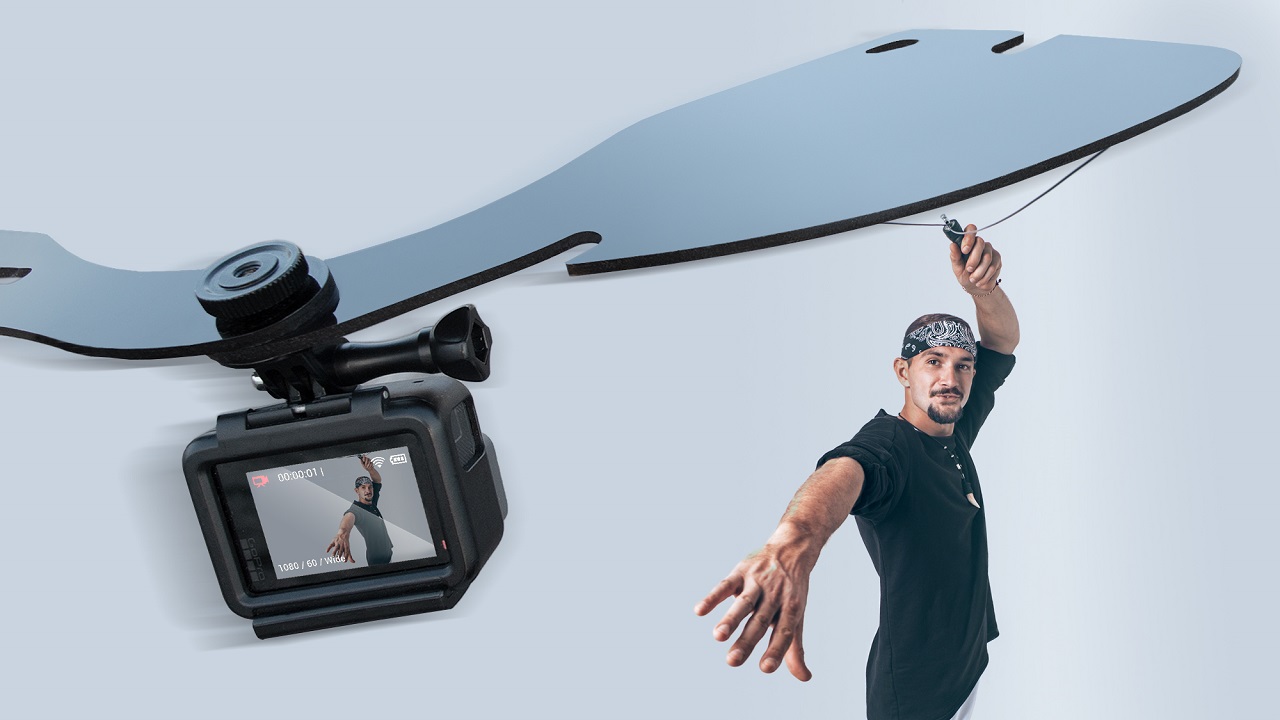 The Wingo Pro is a boomerang-like polycarbonate wing with an action cam mount, two strings, and a handle. After attaching a slowmotion-capable camera, the Wingo Pro can capture bullet-time-like slowmotion selfie footage of the person that is spinning the device around themselves. Available now on Kickstarter. 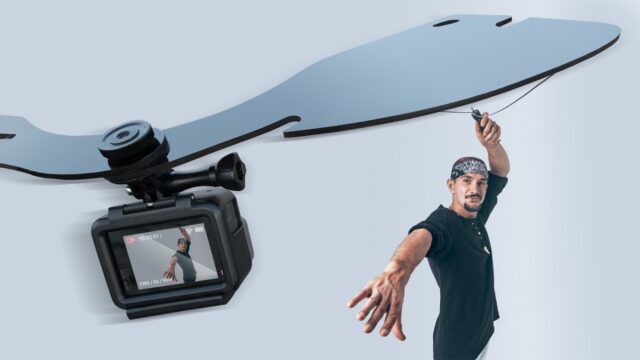 Nowadays, many action cameras have decent slow-motion capabilities. For example, the GoPro HERO6 and Hero7 are capable of 240fps in 1080p resolution. Sure, the video compression is devastating, but it works for most online content and is actually amazing, given the dimensions and weight of such a camera.

The concept is not entirely new. Already three years ago, we reported about a product named Centriphone. It can mount a GoPro or iPhone and send it on a fast spinning trajectory around the filmmaker. There are also numerous DIY versions of such a device – lots of them using a coat-hanger as a base. The Wingo Pro is a newly designed device with the same purpose: to achieve bullet-time selfie clips with an action cam.

Artem Gavr is a Ukrainian filmmaker who designed the Wingo Pro and launched its Kickstarter campaign. The boomerang-like design of the device also reminds me of a coat-hanger. The polycarbonate wing of the Wingo Pro is swung via an adjustable-length 2m cord leading to a handle that’s equipped with a rotating bearing. The wing can be folded up in the middle by the camera mount, to reduce its size for traveling.

An action cam gets attached to the wing, using an integrated universal (GoPro) mount. It is compatible with any action camera on the market. There is an adjustable counterweight on the wing to keep the device “flying” balanced and levelled.

The footage looks interesting to me and there are moments in which it can be suitable. If you want to avoid having to crop the image in post, the camera must be tilted so that the handle is not visible anymore. Keep in mind that every frame of the resulting video is going to have your hand reaching out of the frame, but that’s a limitation of such an affordable bullet-time footage solution.

The campaign is already fully funded (also thanks to a relatively low funding goal of $1,100). The Wingo Pro is still available if you pledge $45 (or more, as this offer is almost running out). The official retail price is going to be $75. The product should be delivered in September 2019. 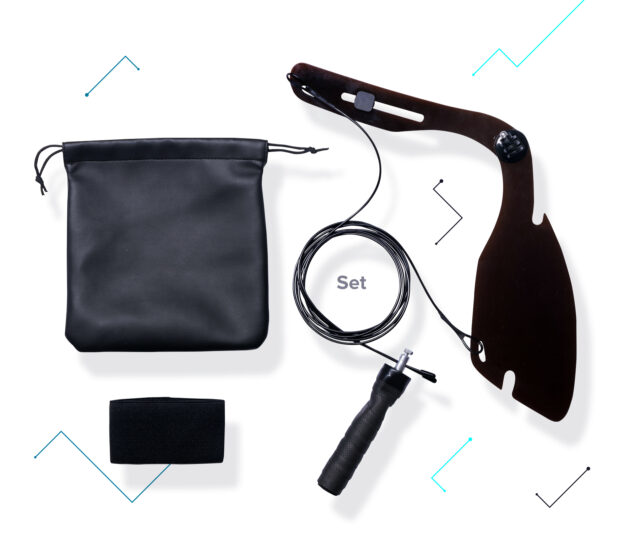 We say this at the end of every crowdfunding-related article: Please be aware of the risks when backing a project on a crowdfunding platform. Please read Kickstarter’s terms of use – especially Section 5 “How funding works”. Keep in mind that there can be significant delays when delivering the product. Some projects even don’t get delivered at all.

What do you think of the Wingo Pro? Did you ever use a similar device? Do you film slowmotion with your action camera? Let us know in the comments underneath the article.