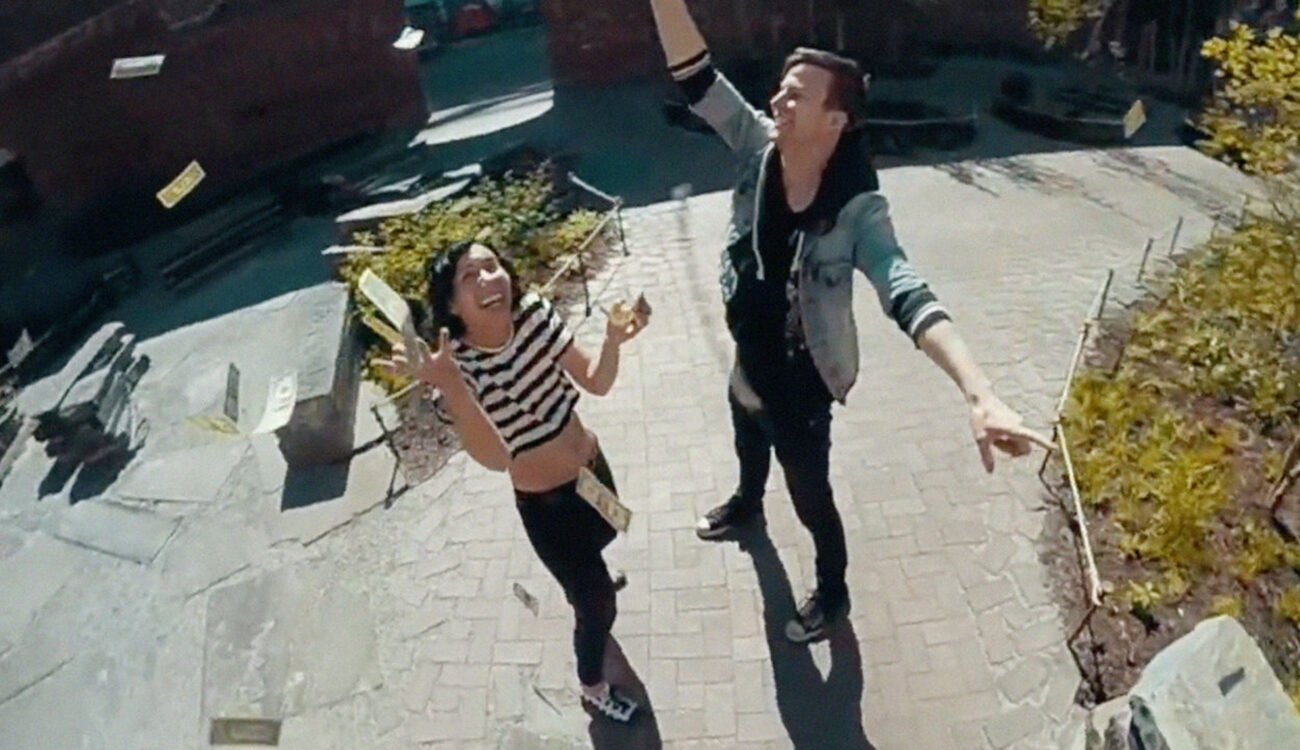 Have you had a chance to watch the amazing video that pro skier Nicolas Vuignier did in early 2016? A good half a year and 4.000.000 views on Youtube later, the first music video which uses this so-called Centriphone technique has popped up.

Pro skier Nicolas Vuignier released a really cool video back in February and he used a technique called Centriphone.

After the massive success of his video, he created a making-of in order to answer all the questions he received from all over the world. The effect is just stunning! You can purchase the original Centriphone vessel on this official site, or, if you’re a proud owner of a 3D printer, you should check out the open source project, also by Nicolas Vuignier.

Make your own Centriphone video

It was just a question of time before more videos like his started to appear. New York based Indie-Pop duo Matt & Kim just released their new video for their song ‘Let’s Run Away’ using the amazing Centriphone technique, and it actually it looks like the effect is quite east to pull off successfully. As they explain in their video description, they used a GoPro on a string instead of an iPhone, and built their custom ‘rig’ around a wooden coat hanger and a bit of fishing wire (wait for it) because it seemed safer than the original. Sounds simple? Actually, it is! All you need is a good swing and some creative ideas of what to do with this device. But judge for yourself:

No fancy gadgets needed, just a good amount of creativity and a GoPro and a you’ll have a ton of fun. I think it’s a great idea!

One thing to keep in mind, though: the resulting footage will be really hard to watch when played back at normal speed. The super-fast rotating footage will cause some serious headaches, at the very least. But when you start to slow down the footage (which is why you would need something like a high frame-rate capable GoPro in the first place), the real magic happens in front of your eyes.

And speaking of headaches: please make sure nobody is within the reach of your spinning DIY Centriphone rig, because a whack to the head with one of these could produce just that.

Make sure to visit Matt & Kim online, as well as the YouTube channel of Nicolas Vuignier.