I decided to test the compact cable cam Wiral LITE once again in its final production model to compare it with the prototype I tested more than two years ago. I tested it with more camera setups of various sizes and weight cathegories to see how Wiral LITE can handle them.

Two years ago I tested the compact cable cam called Wiral LITE (link to my hands-on article with video can be found here). Back then, Wiral had an active Kickstarter campaign for the cable cam. Wiral LITE Kickstarter project was successfully funded and the portable cable cam has since made its way into standard distribution. I decided to take a look at it again and see if there are any improvements.

Officially, Wiral LITE has a maximum payload of 3.3 lb (1.5 kg). I decided to test it with more different cameras from various weight cathegories and see how well they work together with the cable cam. The choice of tested cameras was simply based on what I had available to me at that time. I tested the Wiral LITE with following cameras:

I tested both Samsung Galaxy S9 smartphone and Panasonic LUMIX LX100 camera with and without a gimbal. I used the Zhiyun-tech Crane M2. I tested the complete Wiral LITE package with all possible accessories, like the mobile damper mount, extended QuickReel rope (up to 330’/100m), and the travel case. 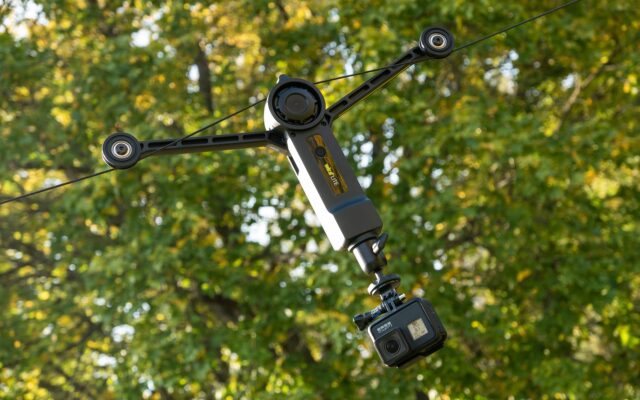 One factor, which I think has the most impact on whether the footage produced with the Wiral LITE is useful or not, is how stable it is. The stabilization plays a vital role, because smooth motion is what you are mostly looking for when using cable cam. The whole setup is very compact and lightweight, so it means it is very sensitive to wind. This also depends on how long the cable is – longer setup means more sensitivity to wind. 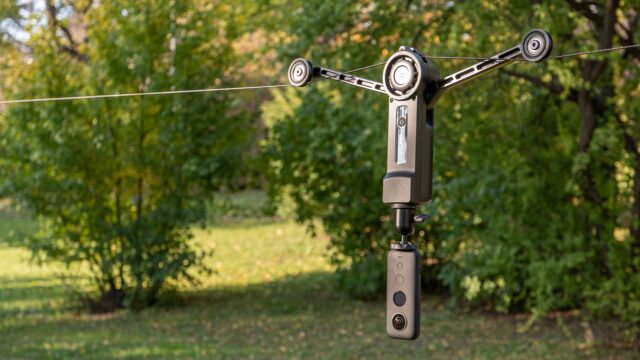 In the end it comes down to how good the stabilization is in each particular camera. In this regard I have to say, that I loved GoPro Hero7 combined with the cable cam. It produces really good results straight “out of the box” with its Hypersmooth stabilization. Insta360 ONE X also has a very capable stabilization. They call it Flowstate. These cameras produced the smoothest results and the footage did not need any kind of stabilization in post production.

The smartphone I tested, Samsung Galaxy S9, has some kind of lens stabilization, but it definitely was not enough to smoothen out the footage. There is a smartphone damper mount as an optional accessory for the Wiral LITE and I used it with the phone, but I found out it only helps a bit. The footage with this combo still needed some further stabilizing to be useable. 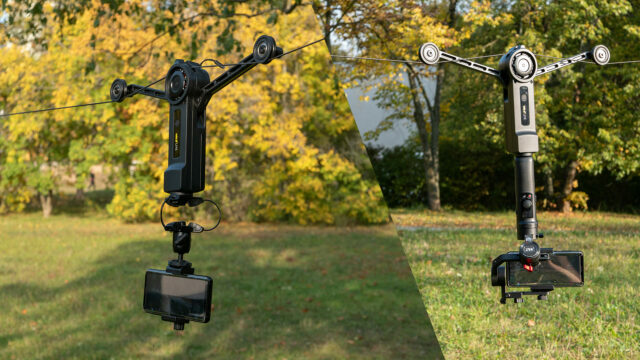 Panasonic LUMIX LX100 has a stabilized lens, but it mostly also was not good enough to compensate the swinging of the cable cam. The LUMIX GH5 setup I tested offered even a Dual I.S. (sensor+lens stabilization), but that was also not enough to create smooth result.

Best solution for cameras that don’t have good enough stabilization, is attaching it to a gimbal. I tried the Galaxy S9 and LUMIX LX100 with the Zhiyun-Tech Crane M2 and it worked very well. The gimbal only supports very lightweight setups in underslung mode, but it is itself very compact and therefore ideal combined with the Wiral LITE. 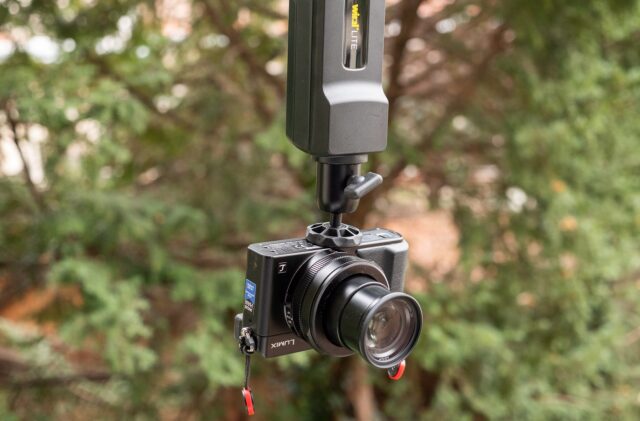 Two years ago in my article I pointed out Wiral LITE pros and cons, so I will address these again. All the pros are still valid for me:

When it comes to cons, I can say that Wiral LITE team addressed some of them and made the product a bit better: 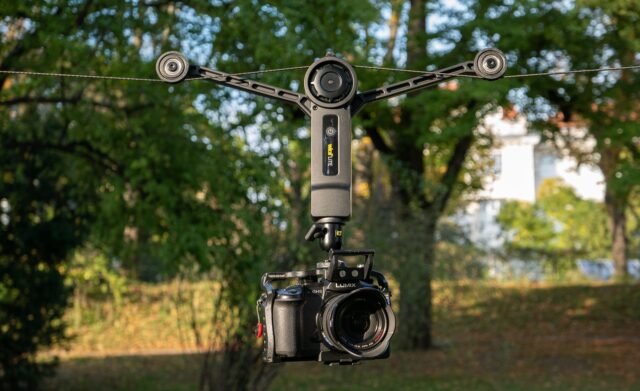 Two years ago I wrote:

The Wiral LITE is good for places where drones can’t go. This could be either a drone-restricted area or very tight spaces, such as a dense forest. It has its limitations, of course: it is not possible to control the camera’s angle during filming, it only goes in one line (obviously) and it is not as stable as a drone. I think it is still a very interesting and portable piece of equipment, especially given its price. It is not a high-end tool for professionals, but is more at consumers or prosumers who want to give a new angle to their shots as it is very easy to use.

I have to say I still agree with that. I would just add that the stabilization of the used camera setup is very important. I would especially recommend Wiral LITE in combination with a really good stabilized action camera, like GoPro Hero7 black, DJI Osmo Action, or similar, or with a stabilized 360 camera. Good combination could also be camera with a mechanical gimbal, like DJI Osmo line, or any smartphone gimbal. Zhiyun-Tech Crane M2 proved to be suitable too.

Even though the maximum payload is 3.3lb (1.5kg), I don’t like using Wiral LITE with setups heavier than roughly 1kg. With shorter rope it is ok, but as the cable cam gets heavy, it is really hard to keep the rope tight enough and the setup looses altitude quite quickly in the middle.

Wiral LITE cable cam along with all the accessories is available to purchase through their online store or at other retailers. Full price for the whole system (without extended 330’/100m cable, mobile damper mount, and travel case) is $399 in the US and €399 in Europe.

Do you use Wiral LITE cable cam system for your projects? Which camera setup do you mostly pair it with? Let us know in the comments underneath the article.