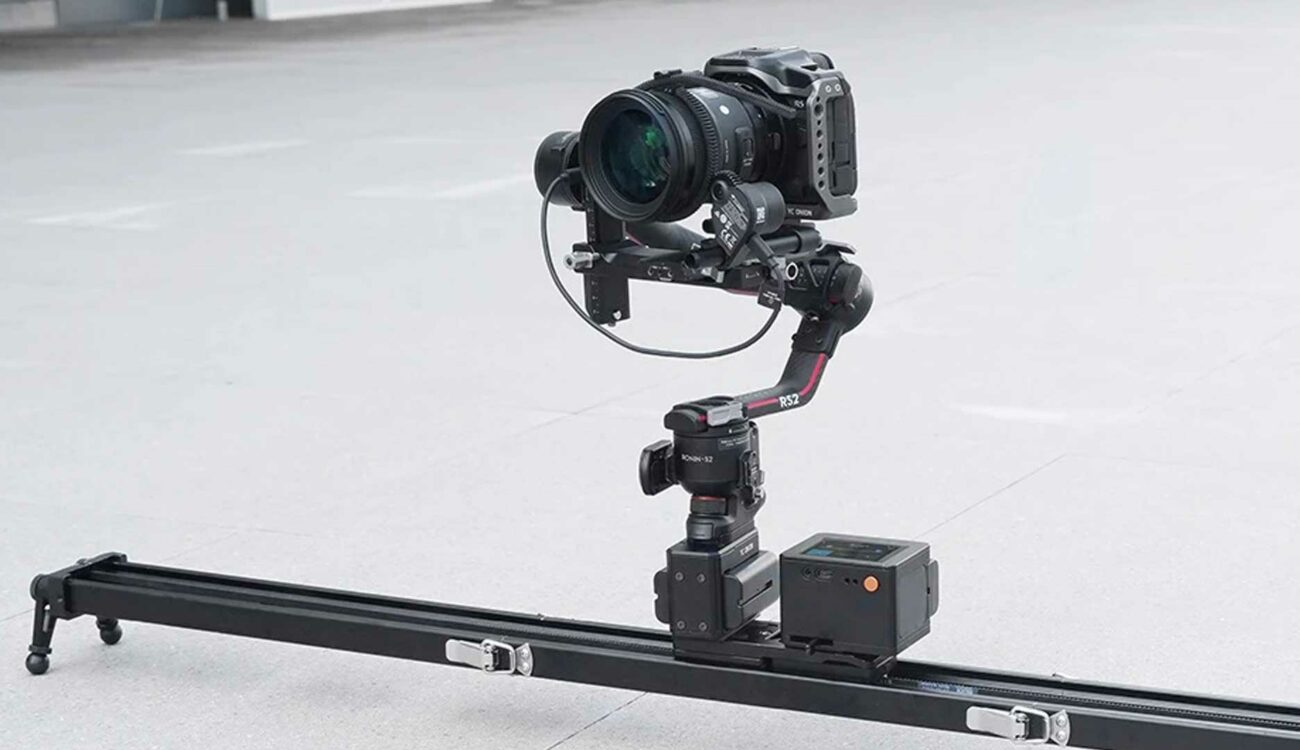 The YC Onion CHIPS 3.0 Motorized Slider Dolly interlinks with DJI, and Zhiyun gimbals for portable, modular 5-Axis motion control. Do you want to know more about this versatile slider? Then keep on reading!

Leveraging the gimbal as a motorized head, the YC Onion CHIPS 3.0 can film AB point camera moves, and time-lapses. It can be configured as a slider, or as a motorized tripod dolly – capable of filming large moves on flat surfaces.

Two tricks in one device

YC Onion accomplishes its modularity with CHIPS by designing the slider track as three sections that latch together. Allowing the rig to break down into smaller pieces for portability, and also reconfigured to add functionality.

Adding joint and wheels transforms CHIPS 3.0 into a tripod dolly that can make linear or curved moves. The same slider you’re using to film interviews can also capture time-lapses that stretch across an entire room. That is pretty amazing.

Built in touch screen and an App

CHIPS 3.0 can be programmed to slide, pan, tilt, roll, and adjust focus. An integrated touch screen lets you adjust settings right on the unity. But there is also an app that will allow you to position the camera or change settings with your phone.

Manual set points that you confirm with your phone make plotting moves with dolly/slider system appear to be very easy.

Shootings will have a fairly wide range of camera options to use with the YC Onion CHIPS 3.0. The company claims it can handle a payload of 44lb, and run for over 10 hours.

We’ve covered a lot of sliders here at CineD. There are definitely a lot of options to pick from, but we’re only just starting to see the gimbal interlinking functionality arrive.

With prices slated to start at $599, the YC Onion CHIPS 3.0 Motorized Slider Dolly is just about to launch on Indiegogo. There is no further word on pricing options and expansion component costs, but this will surely give you a lot of bang for your buck.

We are saying this at the end of every crowdfunding-related article: please be aware of the risks when backing a project on a crowdfunding platform. Please read Indiegogo’s terms of use – especially the section about “Backing a campaign”. Keep in mind that there can be significant delays when delivering the product. Some products even don’t get delivered at all.

Are you in the market for an all-in-one slider dolly system? If you weren’t, maybe you are now. Let us know your thoughts in the comments below.