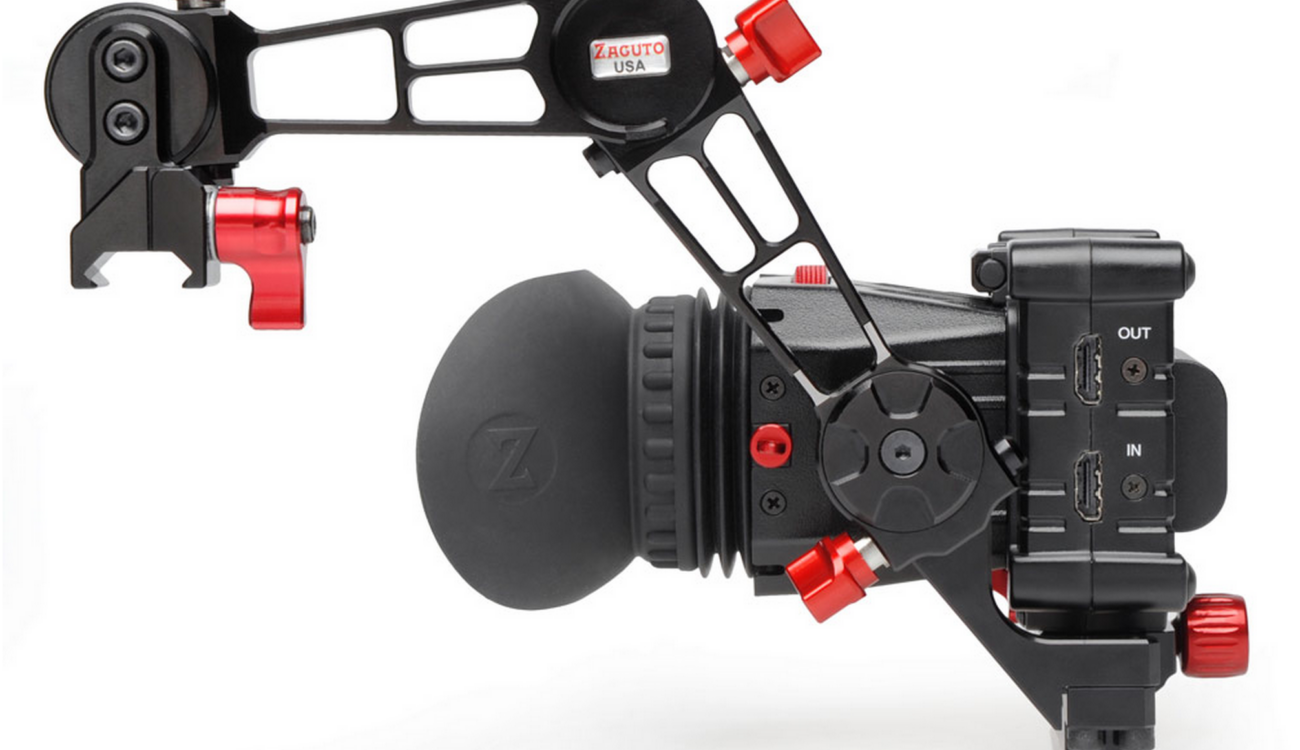 The Axis is designed to mount via Z-Rails, which are the same fitting as NATO, SWAT, RED, PICATINNY, and WOODEN CAMERA rails. The Axis is compatible with any EVF via a 1/4 20″ screw.

Here’s what Zacuto say on The Axis:

“The Axis has three main pivoting points that can spin 360 degrees and are controlled independently by red tension levers. Release all three levers to completely reposition the mount or release just one to make single segment adjustments. This allows you to dial in the exact amount of tension on each segment to allow adjustment on the fly without the need to manipulate a lever. Just grab and move. These three independent rotating pivot points give you unlimited positioning options.

Attach your EVF with a ¼ 20 screw via the included quick release mount. This quick release EVF mount can slide on and off any of the four sides of the Axis EVF mount rail. No matter the position of the Axis Mount, the four-way Z-Rail keeps your EVF the right way up and in the perfect spot for you. It allows for cradling, under-slinging or standing of your EVF on the rail. The possibilities are endless and the adjustments are super-fast. The Axis can be installed or packed away in seconds.”

Below is a product video of The Axis, which like all Zacuto product videos provides perfect clarity on its features. I can relate with Steve’s dilemma, adjusting a magic arm is tricky one man job with a camera rig on your shoulder, especially when an expensive EVF is hanging off the opposite end. One hand configuration without the need for lever adjustment is a nice feature.