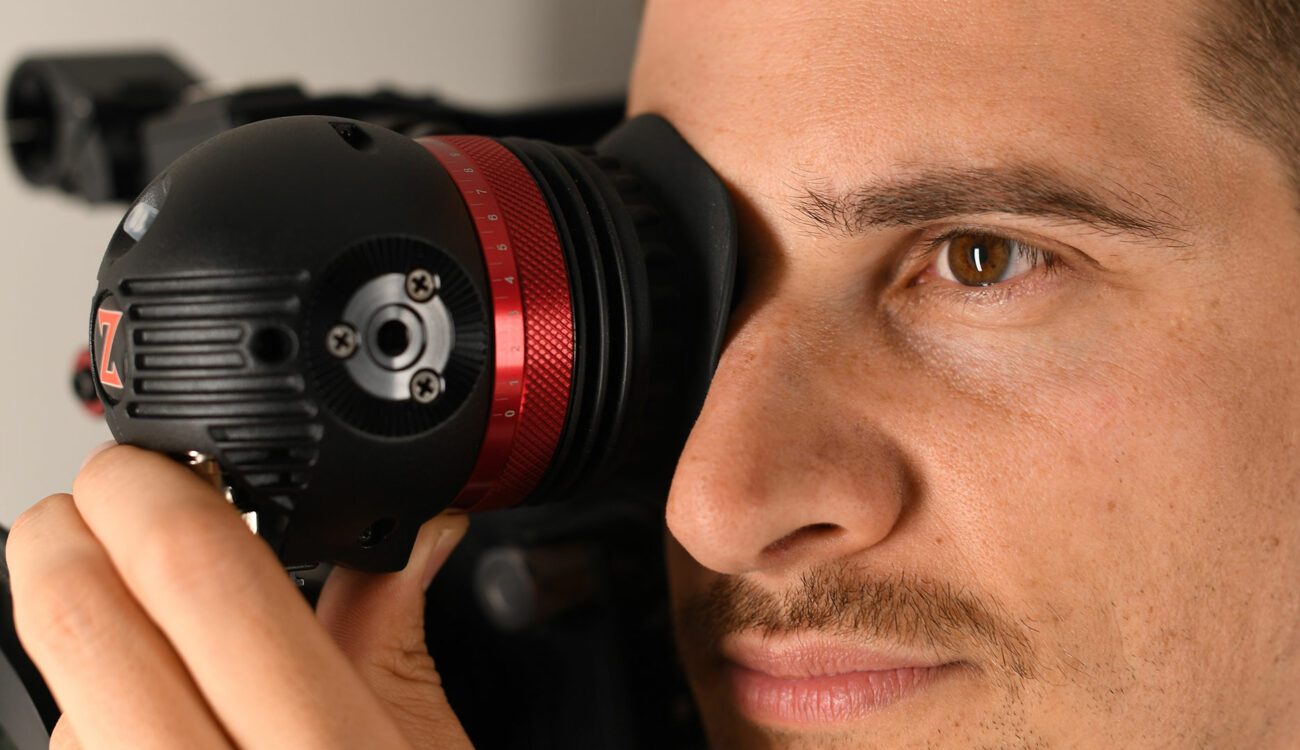 Zacuto just released their lightweight (i.e. smaller) version of their Gratical viewfinder – the Gratical Eye. I was able to take close look at it before its release.

Ever since cameras started coming in weird forms and shapes, including the dawn of the era of shooting with DSLRs, there has been a need to make them work like proper video cameras. In this respect, one enormous downfall of many cameras has been the inferior digital viewfinders featured – or the complete lack of one! 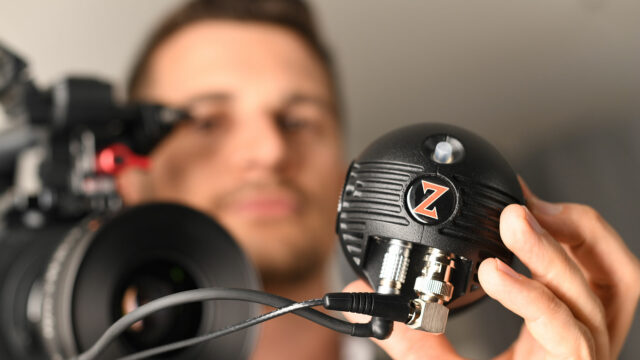 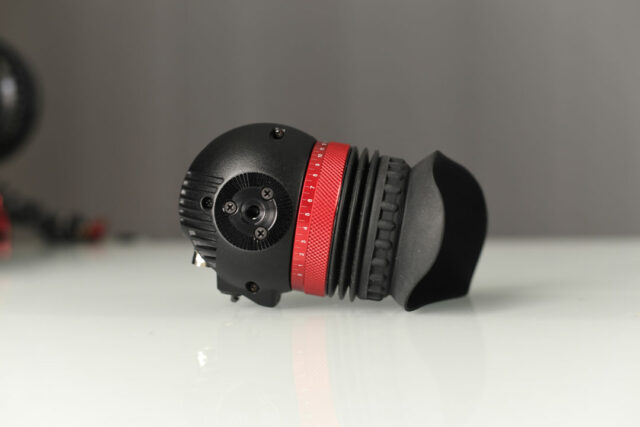 There have been various manufacturers seeking to make camera-agnostic viewfinders that can be used on any camera, regardless of the manufacturer – Alphatron, Cineroid, LCDVF and SmallHD to name a few. Not many have managed to build them small enough (using OLED technology that is required for a small build) to qualify as a proper viewfinder, rather than a loupe attached to a small monitor.

When Zacuto released their Gratical HD (and later the Gratical X) viewfinders, it was clear that here was a manufacturer that finally tried to address most if not all concerns of users with viewfinders. Sharpness which allows for proper judging of focus, built-in preview LUTs for all types of popular cameras, proper waveforms, histograms, peaking, zebra and even SDI and HDMI in and outputs. The Zacuto Gratical HD has been my viewfinder of choice for most of my productions since it was released, and it hasn’t let me down yet (read my full review of the Gratical HD by clicking here).

What set the Gratical HD and X apart from the other camera-agnostic viewfinders on the market was its cigarette-box shape and relatively slim body compared to the others – meaning you can also move it closer to the camera which is always a plus.

Yet if you had to name a downside to it, it would have to be its size and hardware features which actually require it to be a bit larger. The SDI and HDMI loop-through take up a lot of space up top. 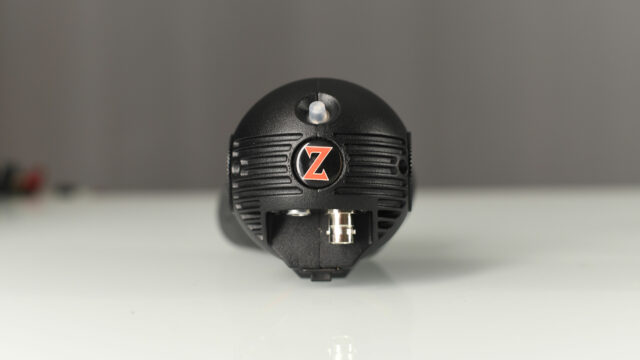 The challenge with building accessories is always to please everyone – it’s impossible. Many people have different requirements, and the Gratical HD and X were definitely built with people that use them on smaller cameras in mind – especially those that might not even have multiple SDI or HDMI outputs, which is why the Gratical multiplies them, at the cost of size. To use it on those cameras (which often have weak batteries) it also makes sense to self-power the device using industry-standard Canon LP-E6 batteries.

But what about the people using larger cameras to already have enough connectors plus the ability to power external devices? I’m sure that was the reasoning that the Zacuto people had in mind when they came up with the Gratical Eye.

This newly-announced addition to the Gratical family looks very different from the HD and X; it’s much smaller and shaped like a ball. It feels extremely well-made in your hand, and the first impression I got was one that is usually something that I only get when looking at an Apple product – perfect design for what it is, well crafted with meticulous attention to detail. It just feels great – and you will have to hold it in your hands yourself to fully understand what I mean. 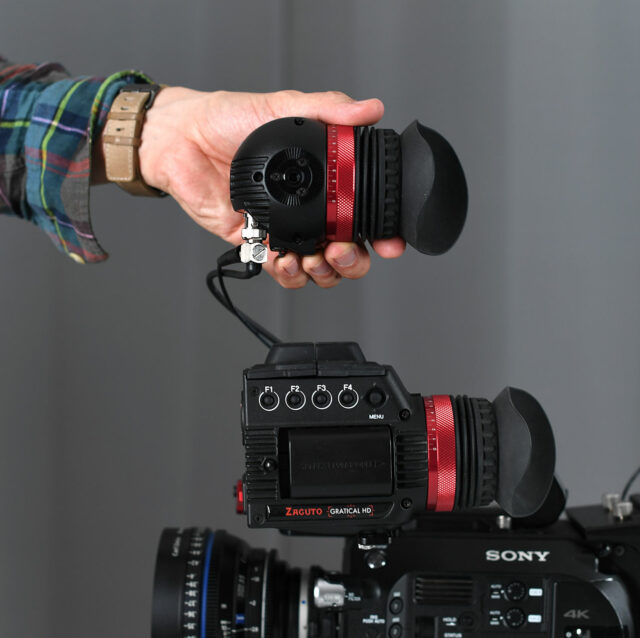 Its minimalistic approach means it has fewer hardware features than its larger siblings. No battery, only one SDI-in and no HDMI. Clearly targeted at higher end shoulder cameras like the Sony FS7, F5/55, Canon C300 Mark II, Panasonic Varicam 35 and LT, Red Dragon/Weapon, Alexa Mini and so on.

Where you put the wires on external devices is always a big issue and I’m happy to say that Zacuto managed to find the least cumbersome place at the bottom backside of the Gratical Eye. A Lemo power connector with a D-Tap on the other side, paired with an SDI cable in a flexible unified cable works a treat and leaves your camera free from cable mess.

Other hardware features include a USB port for firmware and feature updates (and Zacuto has been patiently adding features to their Gratical viewfinders consistently since they were first released), and a tally light that gives a clear red indication when the camera is recording. 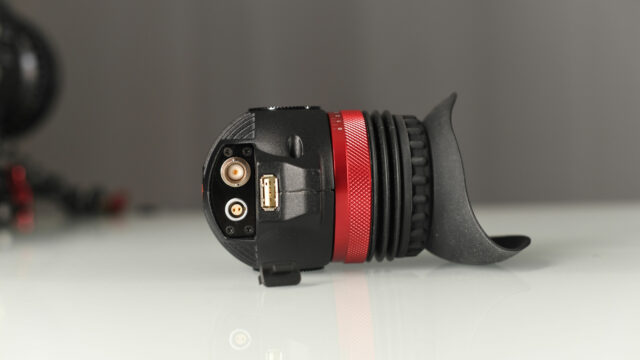 It has Arri rosettes on either side, ideal to be attached to a camera with Zacuto’s Axis Mini mount which has enough flexibility to put it very quickly in the right position depending on your setup. Zacuto removed the 3/8 inch thread at the bottom as seen on the Gratical HD and X, probably due to space issues on the smaller device.

Let’s put it this way – if you know the Gratical HD and X, you will know the Gratical Eye. I made a few comparisons between the two, and the image looks identical in most cases. I couldn’t spot a difference, at times the Gratical Eye only seemed a little brighter, but this might have been my imagination. It has the same edge-the-edge sharpness with very little distortion on the edges. The image is the same square image at 1280 pixels wide, with additional image information like waveforms using up the area below the actual camera image. Like I said in the original Gratical review, 1280 pixels is a resolution high enough to critically focus 4K footage as long as you use the included peaking functionality to your advantage. For a run-down of all software features, please refer to my original Gratical HD review. Everything except for the loop-through functionality is identical.

The final version of the Gratical Eye will have a proximity sensor, which switches off the display whenever you are not looking through the viewfinder. This functionality was not finished in the prototype version that I tested.

As mentioned above, the Gratical Eye is powered through a 2-pin Lemo to D-Tap cable (I’m sure they will offer other connectors too). It’s a convenient and smart solution to use external power, one thing less to worry about. When testing, I left the unit plugged into a D-Tap port on an FS7 overnight after I powered the camera off. When I came back to the camera about 20 hours later, the battery was completely drained. I reached out to Zacuto to share my findings. Here is their response:

So this is something that needs to be considered – I would just detach the power connection when I am done with my shoot or on longer breaks. 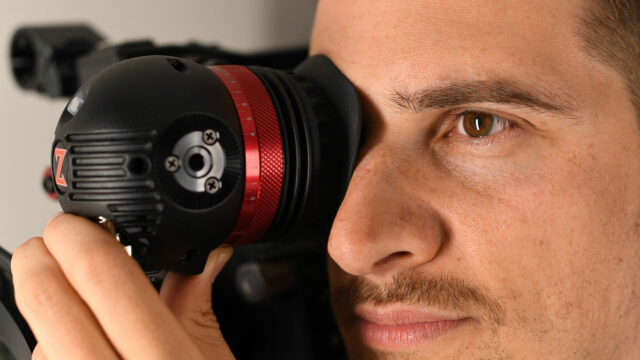 The Zacuto Gratical Eye is a very high-end digital viewfinder with most of the bells and whistles of its larger sibling, the Gratical HD while being smaller and lighter, at a price between the Gratical X and Gratical HD models. It’s not a cheap device, but I wouldn’t say it’s expensive either. If you compare to Sony’s F55 viewfinder, which only works with that camera – or even the Blackmagic URSA viewfinder – it’s still a great deal because of all its built-in features plus the fact that it simply works well with every SDI camera as opposed to the other models. Its size and shape will make it blend in seamlessly with both smaller and larger camera packages.