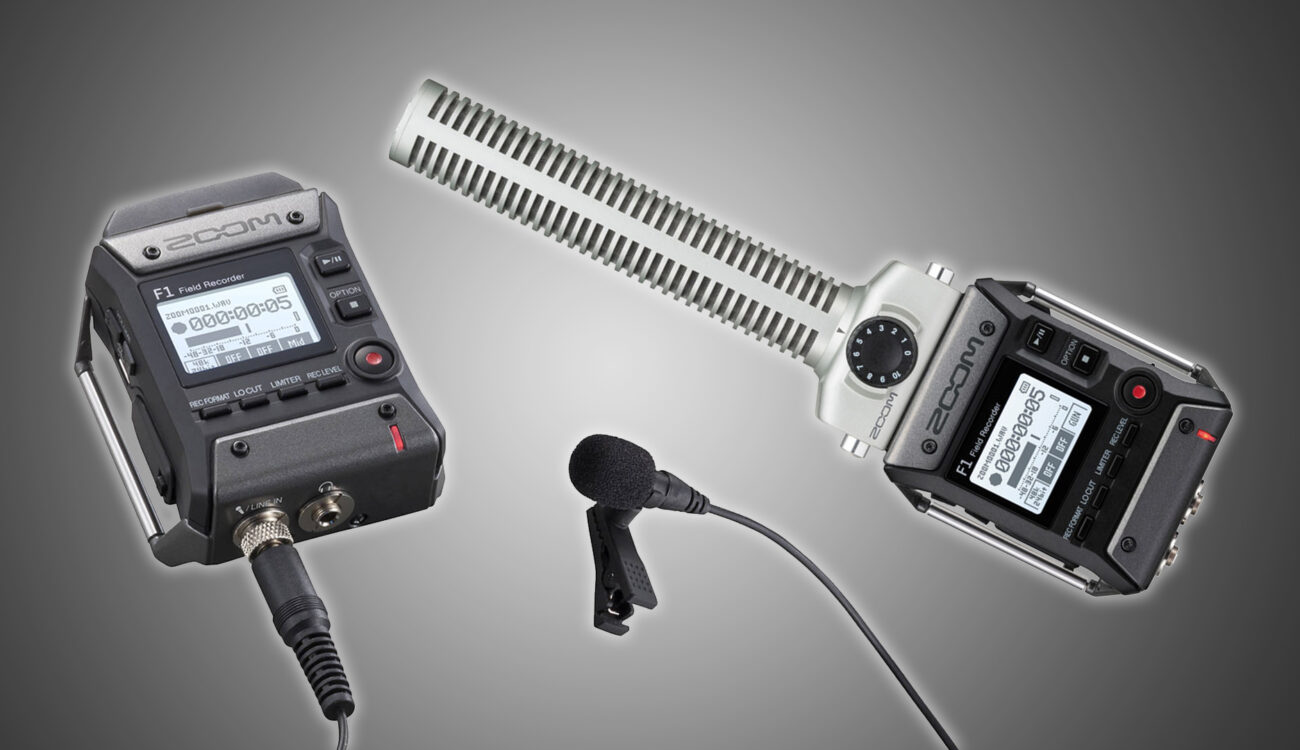 The Zoom F1 is a very tiny, yet very versatile little guy. It’s a pocket-sized audio recorder which can be fed with everything from a lavalier mic to mono or stereo shotgun mics and even a mid-side stereo module and a dual XLR/TRS input module is available. Let’s have a look! 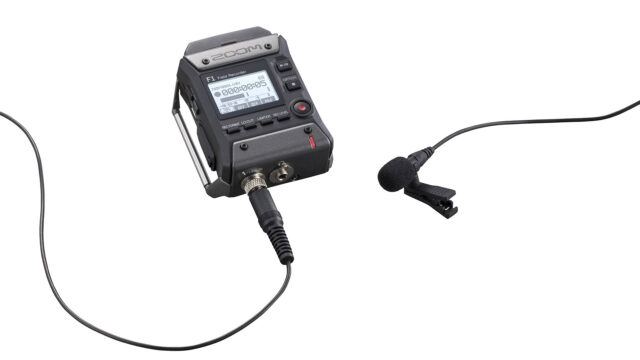 The pocket-sized Zoom F1 can do more than just record 24bit/96kHz sound from a lavalier mic, it actually features the same proprietary 10-pin connector which can be found on higher-priced Zoom audio recorders.

There are two models available, but the only differences are the included accessories. This should prove the extreme versatility of the Zoom F1 recorder. You can choose between a lavlier equipped bundle or a kit with a shotgun mic. Zoom claims that all of their clip-on modules are compatible with the F1.

All seven (!) possible mics and modules which can be used with the Zoom F1.

Let’s have a look at the official videos made by Zoom in order to get an idea of how this tiny thing works. First up: Zoom F1 in conjunction with the lavalier mic attachment:

All the neccessary functions are laid out on the front of the unit, no deep menu-dives required. The Zoom F1 records up to 24bit/96kHz to WAV files or to various flavours of mp3. All recordings are written directly to a microSD card as a stereo file which can be edited in post easily. A handy lock switch prevents your talent from accidentally altering any settings while recording. 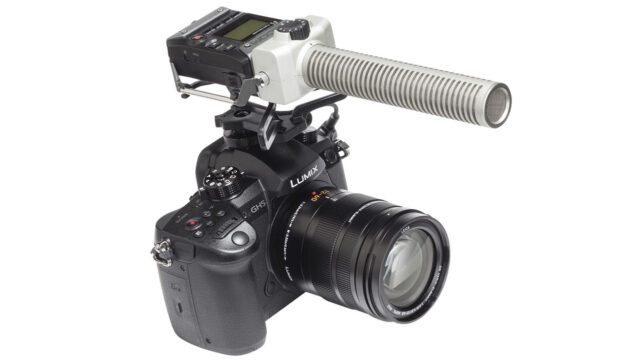 When using the Zoom F1 as a host for a shotgun mic, the situation is a different one. Now you can mount the unit directly to a DSRL for example and get both, internal recording and audio out to the DSLRs audio input. If that camera of yours lacks a headphone jack for monitoring audio, the Zoom F1 has got you covered, too! Watch the video below to see the F1 in action:

So we’ve got two different devices in one box here. Whatever you’re up to with the Zoom F1, it won’t let you down. With 2 AAA batteries you’re good to go for up to 10 hours of operation (with lavalier mic). Since the shotgun mic uses plug-in power, it will squash the batteries faster.

Features of the Zoom F1

In addition to the already cool features, the Zoom F1 has some more tricks up its sleeves. When using a micro USB cable you can connect it to your computer in either thumb-drive mode for data exchange or in audio-interface mode. With this special mode engaged you can record directly to your computer. 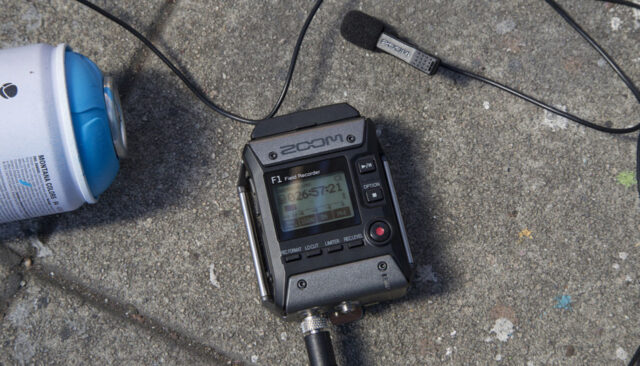 Another cool feature is the pre-record function. Two seconds of continuous recording can be buffered before even hitting the rec button. The 1.25″ monochromatic display is viewable even in direct sunlight. Check out the following list for a full rundown of the specs:

There are two sets available. One comes with a lavalier mic, a lavalier clip and a belt clip. This set sells for $199.99 and should be available soon. 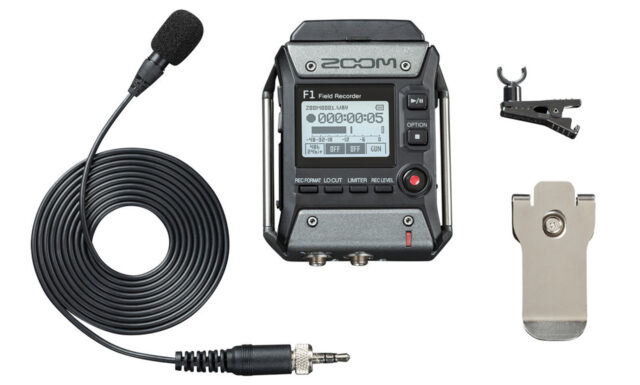 If you want to go run-and-gun with your DSLR, you should probably check out the other kit. That one comes with a SGH-6 mono shotgun mic module, a shockmount, a windscreen and a cable for connecting a DSLR. This kit sells for $249.99 and should be, again, available soon.

As per Zoom, every modules available can be attached to the F1, even though it’s not listed as a compatible device on their own product pages. Let’s see how the EXH-6 dual XLR/TRS combo input capsule works with the F1, for example. Hopefully it has enough power to drive the attached mics!

Do you use any Zoom products? Share your experiences in the comments below!