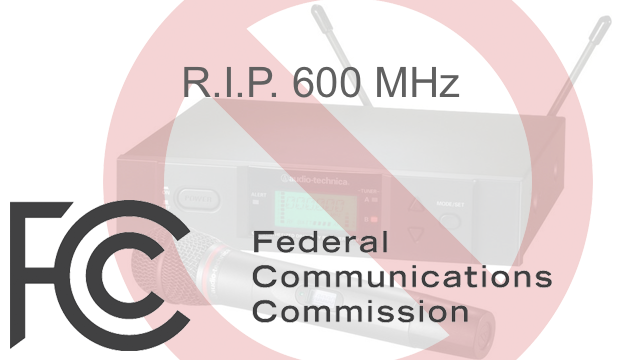 The FCC started relocating (“repacking”) TV stations to other frequencies back in November of 2018. The move would include almost 1000 stations in the USA and Canada that had to change their frequencies.  As a part of  this auction, the 600 MHz frequencies have been sold to the Telecommunication for 5G Mobile Use. Due to Covid-19 pandemic, the completion date was rescheduled (Phase 10) to 13th of July 2020 – today. For those in Canada there will also be a Phase 11 to follow. 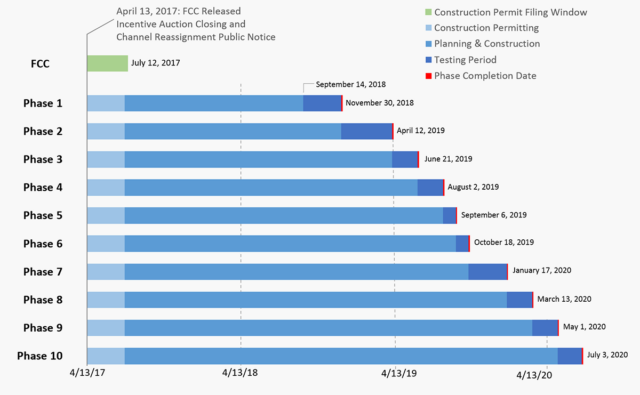 According to the FCC Wireless Microphone Rules:

Not to be alarming, but just informative, fines for illegal transmitters can be $16k per day, per channel. Not only that, the 600 MHz Band has been sold to 5G telecommunication companies. So you will not be able to get a clean audio signal anymore.

The FCC also proposed updates to TV white space (TVWS) rules in the name of better broadband for rural areas of the country.  A couple of new FCC Notices of Proposed Rulemaking (NPRM) push the 2021 auction of the T-Band (470-512 MHz) back on track, which means this band will be sold for another purpose.  If this does happen, it’s very likely that wireless mics will not be permitted to use 470-512 MHz frequencies probably in 2023.  The full FCC document can be found here.

There are many ways to avoid this problem.

During the last few years, more and more radio frequencies have become unavailable for wireless transmission both in the US/Canada and in Europe. As the radio frequencies are getting less, and more crowded, It’s better to inform yourself and look up to some alternative solutions.

What’s your experience with Wireless Microphones and IEM Systems? Have you ever had any problems with radio frequencies? Let us know your thoughts in the comments below.