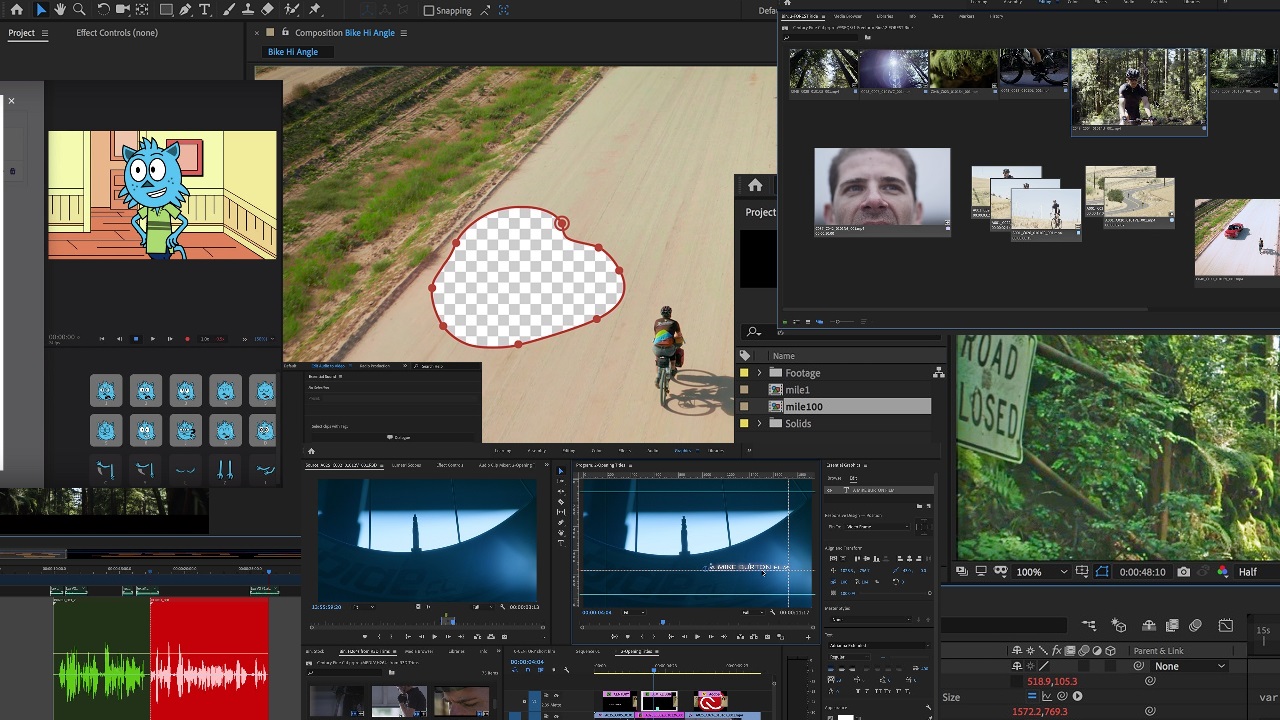 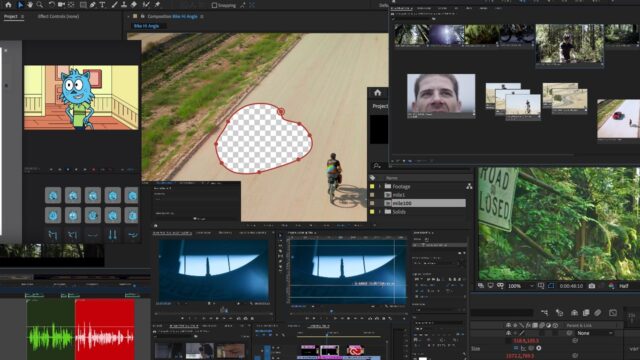 For years, Adobe creative cloud has been one of the most popular choices for video postproduction. With new announcements, the company is starting to implement more and more features based on their artificial intelligence (AI) and machine learning technology called Adobe Sensei. These features aim to save hours of manual work usually spent on some repetitive tasks.

Watch videos on all new features of Creative Cloud right here on the Adobe website.

New feature for Adobe After Effects is the Content-Aware Fill. It enables users to automatically remove unwanted objects from the footage. Content-Aware Fill for video is powered by Adobe Sensei and it was first introduced in Photoshop. It automates the process of removing visual elements like boom mics, signs, logos and even people from footage, which should save hours of manual work. 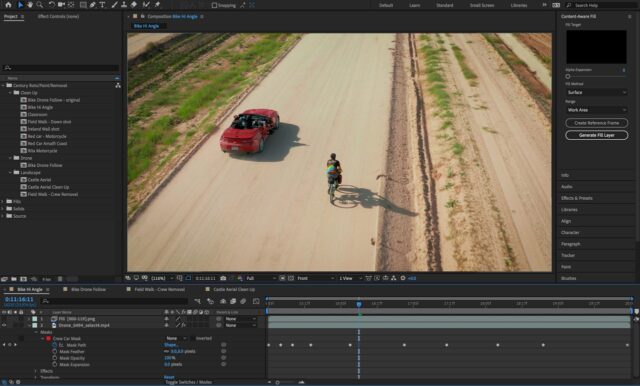 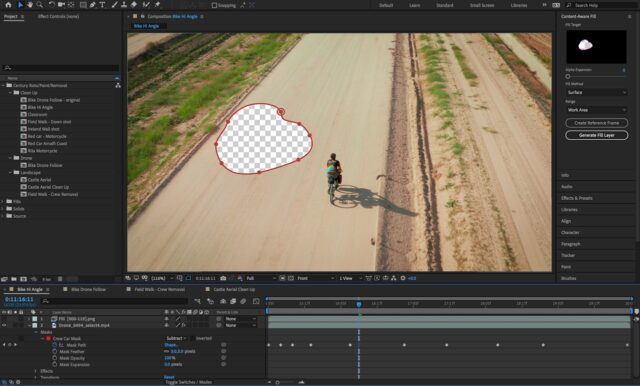 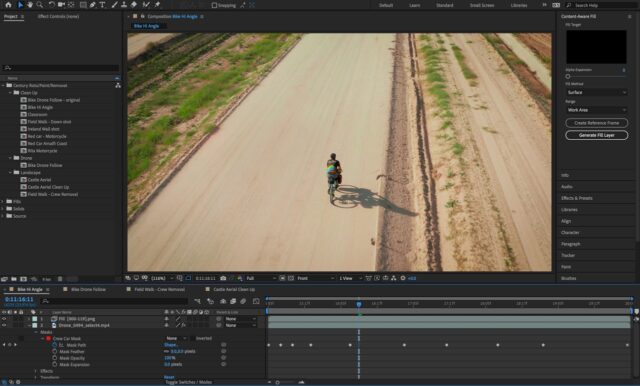 New Expressions editor makes it easier to write expressions in a full-featured code editor built into After Effects. Expressions are snippets of JavaScript used to link properties for flexible, dynamic animations, without having to create hundreds of keyframes. The Expressions editor is designed to help users code faster and more accurately, and it allows them to navigate their code visually with syntax highlighting, line numbers, matching brace highlighting and code folding. 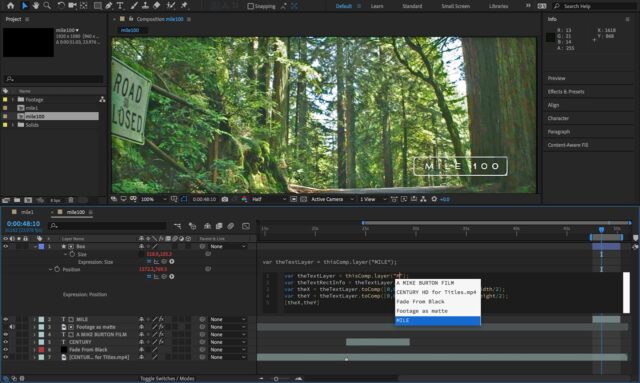 There are some performance improvements, like for instance accelerated rendering when applying GPU effects such as Roughen Edges and Change Color. Both effects now support 16- and 32-bit color. Complex Team Projects now load faster and offer improved workflows between Premiere Pro and After Effects. After Effects also offers improved hardware decoding and smoother playback performance for H.264 and HEVC.

In Premiere Pro, there is now a new panel called Freeform Project. Its purpose is to help visually organize and storyboard the media and save layouts for shot selects. Having a form of an open canvas it should ease the process of brainstorming story ideas, and assembly edits. Clips in Freeform panel can have different sizes and color code and they can be stacked in groups which will make the editing process more visual. 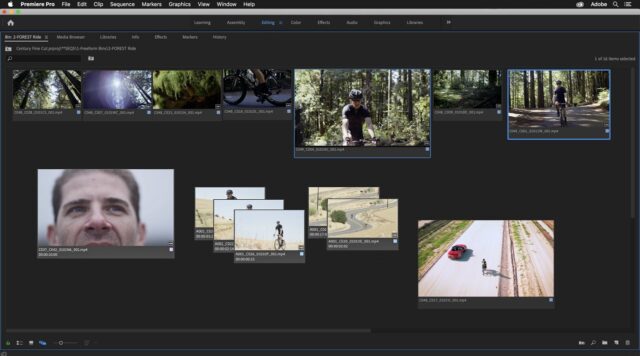 Next new feature is Rulers and guides, which should help design with precision and consistency in the video preview window. With this new feature, it should be easier to align titles, objects, and animate effects. It will be even possible to save and share guide templates in the new dedicated View menu to ensure consistency when working in teams (compatible even with After Effects users). 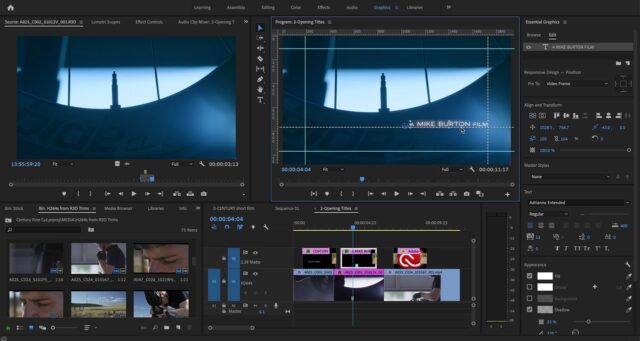 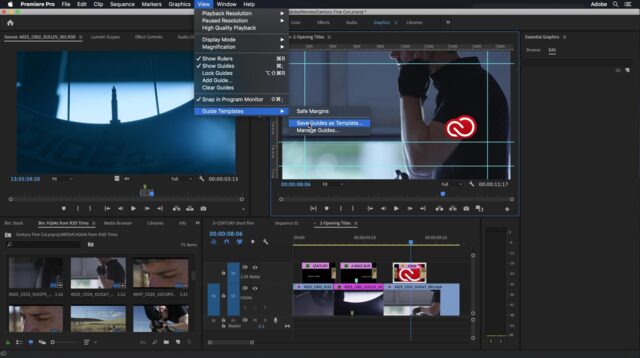 The Text tools got improved too and there are now new options for adding multiple strokes and stroke styling to text, as used in Japanese and Korean titling and lower thirds. Working with fonts is easier, too. Free Adobe fonts can be synced automatically, avoiding issues with commonly used missing typefaces. Replacing fonts in the whole project with one click to easily update a design is now also possible.

Faster mask tracking for Lumetri Color and effects makes the workflow more efficient even at high resolutions. Hardware encoding for H.264 and HEVC is improved for smoother playback. There is a better load-balancing for multiple GPUs (including eGPUs) which should result in faster rendering and exporting, especially with professional codecs, like Apple ProRes, RED, and others.

There are now more options for creating graphics and animations in Premiere Pro. Grouping shapes and applying masks is all possible from the Essential Graphics panel.

Auto Ducking is a new feature powered by Adobe Sensei designed for both Audition and Premiere Pro. It allows for dynamic adjustments to ambient sounds against spoken dialog. Keyframed adjustments can be manually fine-tuned to retain creative control over a mix.

Users can now also re-order audio effects in the effects rack. It is possible to copy and paste effects and settings between audio tracks to improve efficiency while refining the sound.

New Punch and Roll recording feature in Audition provides efficient production workflows in both Waveform and Multitrack for long-form recording, including voiceover and audiobook creators. It can be used to accurately punch in replacement audio and continue recording a performance without interrupting the workflow. 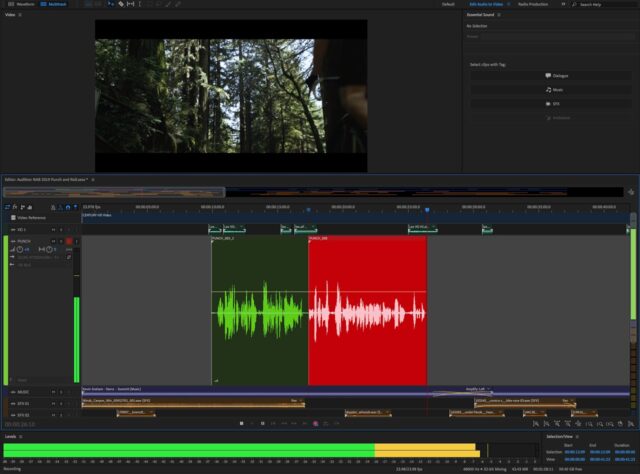 Auto Ducking is a new feature powered by Adobe Sensei designed for both Audition and Premiere Pro. It allows for dynamic adjustments to ambient sounds against spoken dialog. Keyframed adjustments can be manually fine-tuned to retain creative control over a mix.

There are some workflow refinements in Audition. For instance, manual keyframe value editing ensures the adjustments are exactly how intended. Clips can be moved between tracks without taking the hands from the keyboard with useful new shortcuts. A new Zoom to Selected Clips command gives users a flexible option for instantly zooming in or out to see your whole selection.

Better puppet rigging now allows users to apply behaviors, tag layers, and search through puppet rigs. It enables to apply attributes to single layers or any group of layers, simplifying the setup for complex puppets that allow for more nuanced performances. A new search filter makes it easy to locate layers and behaviors for improved efficiency. 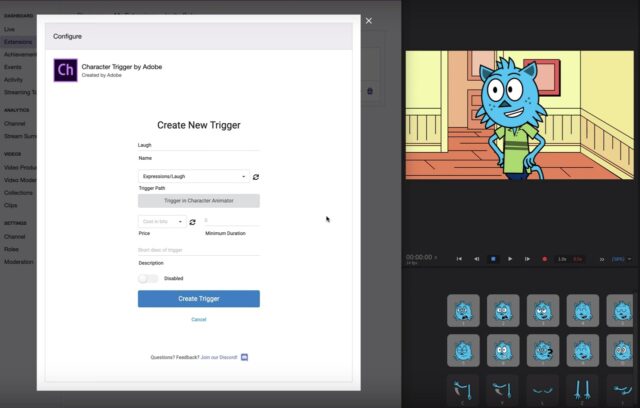 If you plan to attend this year’s NAB Show in Las Vegas, you can get a closer look at the newly available features and hear about them from industry experts at the Adobe booth (#SL5610, South Hall in the Las Vegas Convention Center). There is also going to be a Facebook Live session with Jason Levine on April 4 at 9 a.m. PST, where the new features will be discussed.

As usually, new features are available for free with the latest update for Adobe creative cloud users. They are available on Creative Cloud today.

What do you think of this year’s Adobe new features and improvements? Are you using some software from the creative cloud? How are you satisfied? Let us know in the comments below the article.