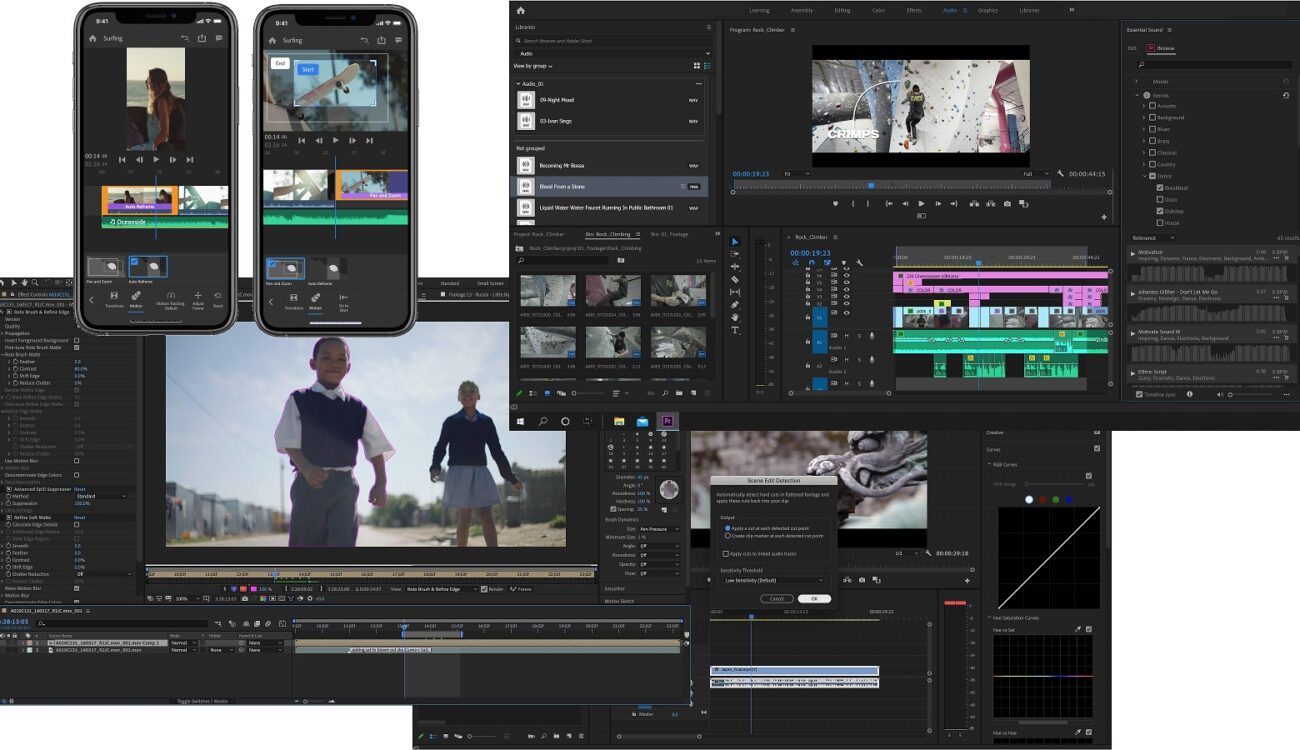 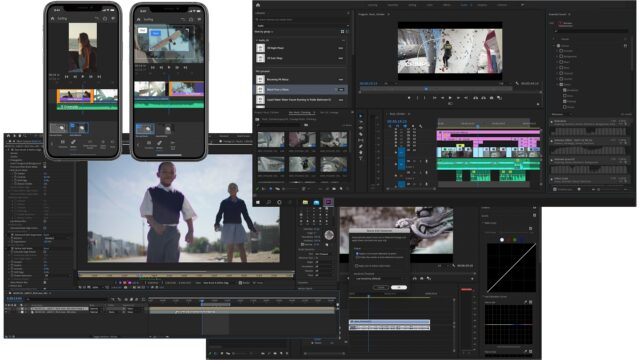 Last month, Adobe updated its Creative Cloud video and audio apps with ProRes RAW support, hardware GPU acceleration, and other new features. For more information about the Adobe CC Video and Audio May 2020 update, here is our article on the topic.

Today, Adobe releases another (a bit smaller) update aimed at its video and audio applications (Premiere Pro, After Effects, Audition, Character Animator, and Premiere Rush). What is new this time?

The latest release of Premiere Pro introduces Adobe Stock Audio – a new integration that sounds really useful and time-saving to me. It is a new panel that should make it easier and faster to find and add music to a video project. It works in a similar way like the Adobe Stock panel with graphics, footage, etc. 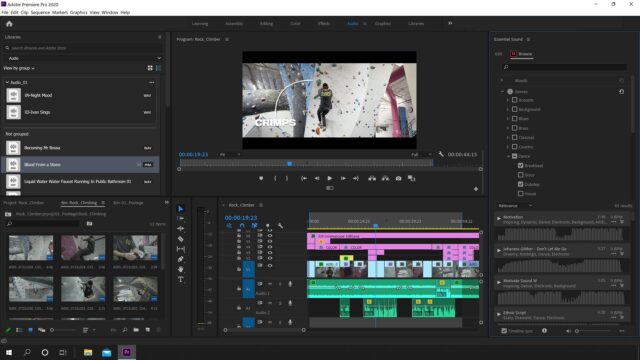 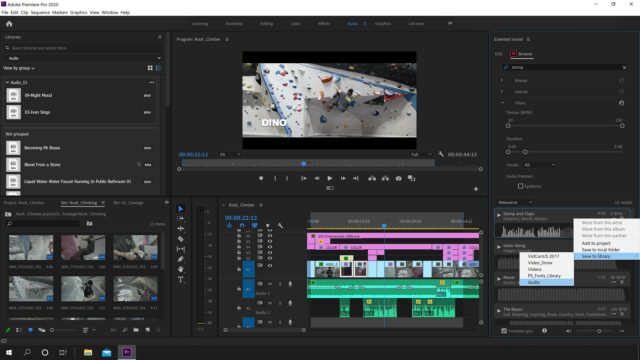 The music tracks included in Adobe Stock Audio are also accessible via the Adobe Stock website along with all the other Adobe Stock content.

Together with today’s announcement, Adobe also teases some new features based on Adobe Sensei – Adobe’s artificial intelligence (AI) and machine learning (ML) algorithm system. The following features will be available later in the future: 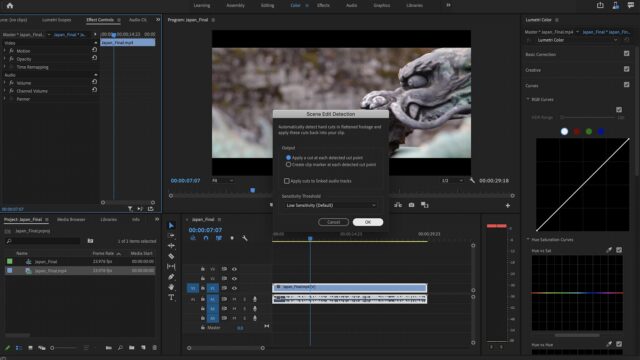 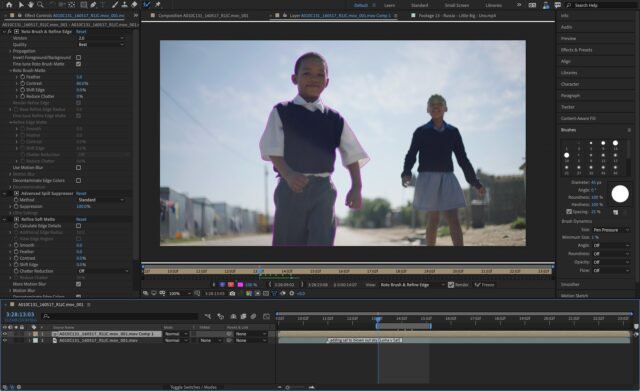 According to Adobe, it will identify the point of interest in the frame and track it throughout the reframed video. Users can then customize the framing with “Adjust Framing” and change the speed of how Auto Reframe tracks the action in the video with the Motion Tracking menu.

Pan and Zoom in the new Effects Panel can automatically animate still photos with motion. Users can set in and out points of the animation by setting the focus of the frames and then dragging a box to where they want the clip to land on the image.

The latest versions of Adobe Audio and Video Applications are available as separate licenses or as part of the whole Adobe Creative Cloud (subscription-based). More information about prices can be found here.

Users who are interested in testing features in development can download public Beta builds of the Adobe video and audio applications from the Creative Cloud desktop application.

Are you using Adobe Creative Cloud applications for your work? What do you think about the new update? Let us know in the comments below the article.