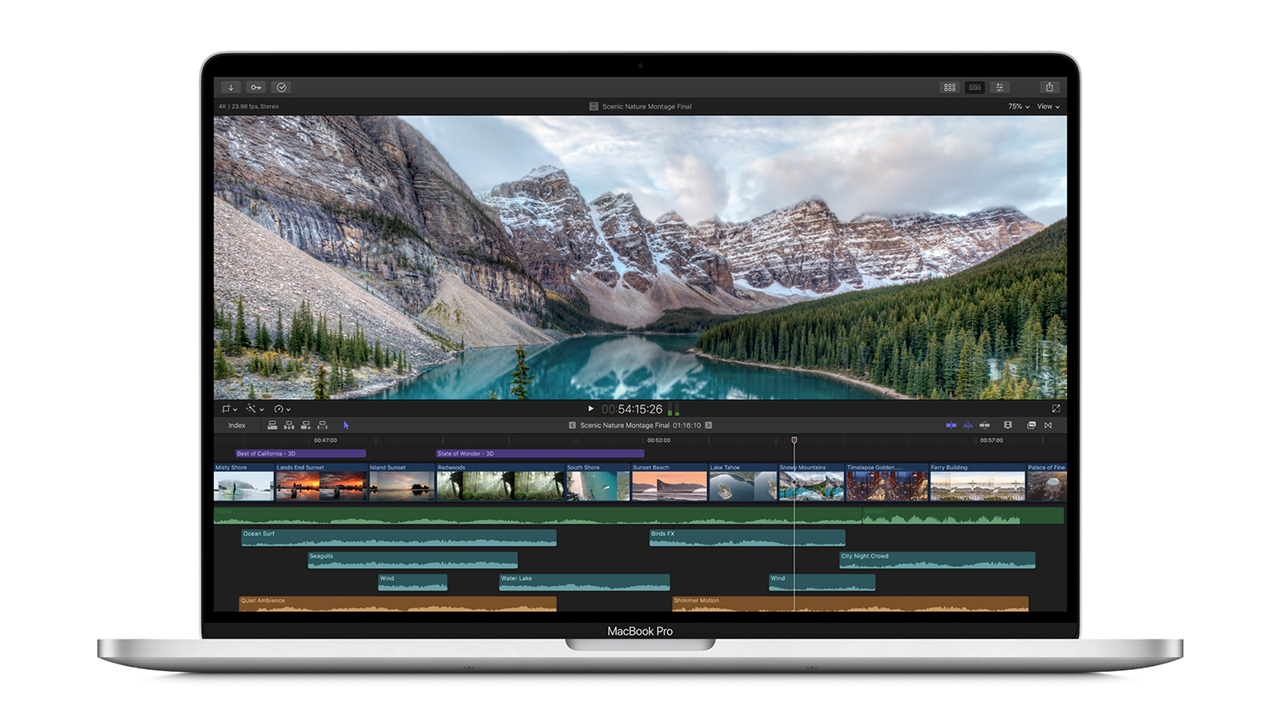 Yesterday, Apple announced the new 16-inch MacBook Pro featuring a processor with up to 8-cores, 64GB of memory, a new AMD Radeon Pro 5000M graphics card, and an astonishing 8TB SSD drive with up to 8TB. Let’s take a closer look at Apple’s most powerful laptop ever for creatives on the move.

There were a lot of rumors online about it, but the wait is finally over: yes, the 16-inch MacBook Pro is real. This new model is currently Apple’s top-of-the-line laptop, and it replaces the actual 15.4-inch MacBook Pro.

This 16-inch MacBook Pro features a Retina display with a maximum brightness of 500 nits, similar to previous models. The resolution of the screen is 3072 x 1920, with a pixel density of 226 PPI, and it covers the P3 wide color gamut. So this new model is 0.6 inches larger, but most of the magic happens inside. They made the screen bezel larger without increasing the footprint of the laptop, thinning out the black border around the screen. 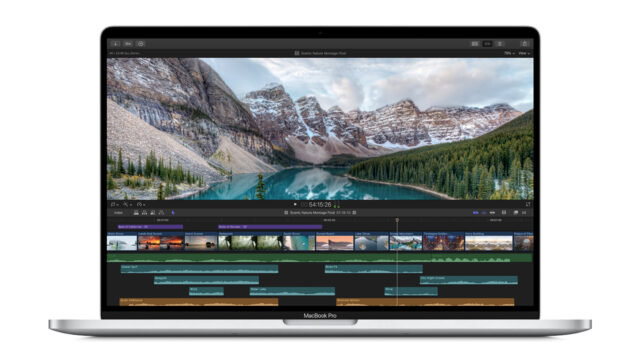 You can now configure it with an 8-core Intel i9 9th-generation processors with Turbo Boost speeds up to 5.0 GHz. According to Apple, these new CPUs are up to 2.1 times faster than the previous models. More CPU power means more heat, and Apple redesigned the thermal design on the inside for better cooling performances. Let’s now hope that this redesign will avoid CPU thermal throttling which was a problem encountered with the previous generation. 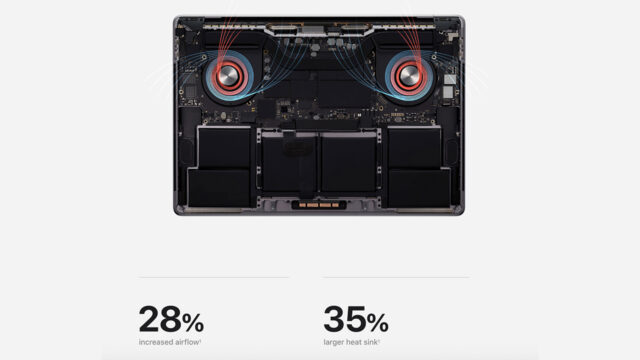 Also, the 16-inch MacBook Pro is the first Apple laptop that you can (finally) max out to 64GB of RAM. This is no secret that video editing software, in general, is memory hungry, and the more RAM you have, the better it will perform.

On top of that, you can configure the laptop with up to 8TB of internal SSD storage, which is a world premiere. On the other hand, this storage upgrade will set you back an additional $2.200.

Finally, on the graphics side, you can upgrade the new AMD Radeon Pro 5000M graphics card up to 8GB of GDDR6 VRAM. This new AMD graphics card is “up to 80 percent faster in DaVinci Resolve compared with the Radeon Pro Vega 20,” according to Apple. Video Software that relies heavily on the GPU should benefit from a significant power boost. 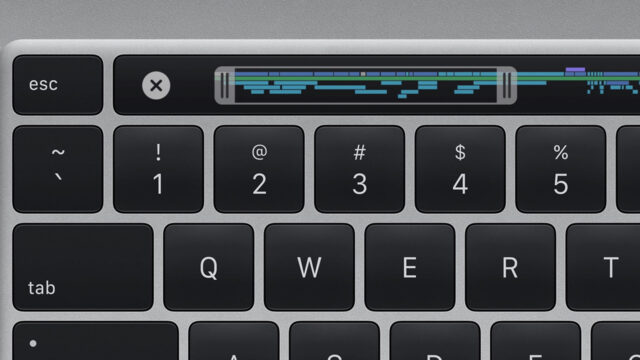 Well, it seems – after multiple iterations – that Apple has given up on the butterfly keyboard design. The keyboard of the 16-inch MacBook Pro features a “classic” scissor-switch Magic Keyboard. According to Apple, this mechanism delivers 1mm of key travel and incorporates a rubber dome that stores more potential energy for a responsive keypress.

On the keyboard side, a physical escape key is back next to the Touch Bar. The 16-inch MacBook Pro features a new 100Wh battery – the largest ever in a Mac laptop — that offers up to 11 hours of battery life, according to Apple. 100Wh is also the limit you can bring on a plane, so Apple is maxing that out. 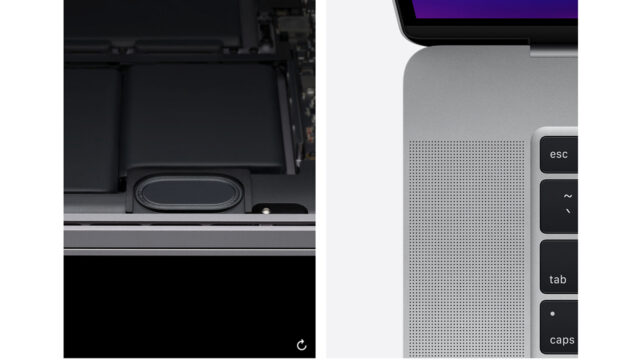 The 16-inch MacBook Pro features a six-speaker sound system and “studio-quality” microphones. On the side of the connectors, nothing changes; there are still four Thunderbolt 3 ports and a headphone jack. Don’t throw out your multiple SD/HDMI/USB-A adapters just yet!

It’s available for preorder now in the US and in the rest of the world, next week.

What do you think of the new 16-inch MacBook Pro? Are you considering to upgrade your current laptop? Let us know in the comments below!