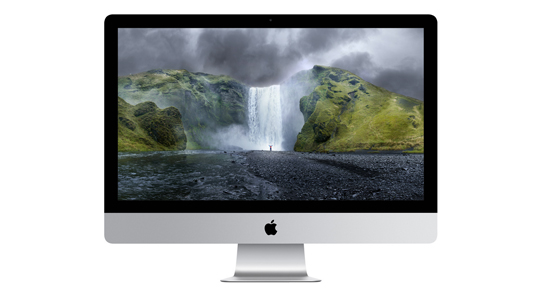 Apple has released a new iMac, the 27″ retina screen utilizes 14.7 million pixels to produce a 5K resolution back lit display. Billed surprisingly as “the most amazing iMac Apple have ever built”, the 27″ iMac retina stands as Apples flagship iMac, without replacing its non retina cheaper counterparts. It carries the same 3.5GHz quad-core i5 base processor, same 1TB SSD/3TB fusion drive options, and 8G memory as standard.

Graphics takes a changes however with an AMD Radeon R9 M290X graphics processor as standard with 2GB of GDDR5 memory.

I’d imagine it would only be a matter of time before we see this filter down to the Apple Display screens also. I’d love a high resolution for their Macbook Air line also, but perhaps less likely.