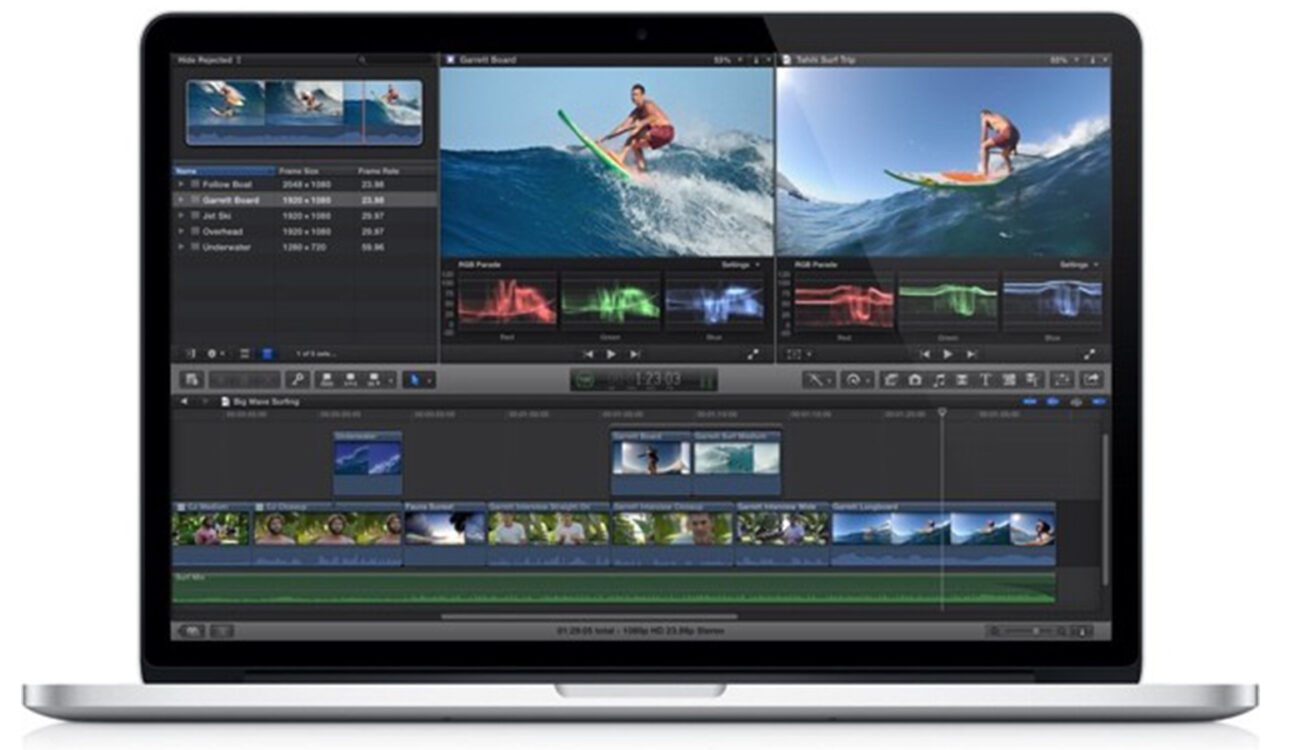 Apple has released updates for Final Cut Pro X, Motion, and Compressor. The updates include faster workflows for video editors, new features for motion graphic designers, and faster processing for packaging and delivery.

The improvements in Final Cut Pro focus on speeding up the workflow for video editors. For example, the new drag and drop 3D titles include templates so users can get started quickly. This should prove a welcome feature for editors who also do their own graphics and don’t have time for detailed 3D work. FCP also received improvements to color grading masks, and native support for more camera file formats like Panasonic AVC-Ultra and Sony XAVC-S. And finally, RED users will appreciate new GPU-accelerated RED RAW processing. Video editors might benefit from faster workflows, but motion designers also have some workflow enhancements, as well as some new tools. The improvements to Motion include more options for 3D titles, including custom materials and environments and the ability to instantly publish to Final Cut. Other new features include 12 new generator effects and improvements to keyframing, masks, and shape creation. Lastly, the updates to Compressor allow for easier preparation for iTunes delivery. Compressor takes the deliverables and creates an iTunes Store Package which can be submitted for sale on the store. Other improvements include faster GPU rendering and hardware accelerated H.264 encoding.