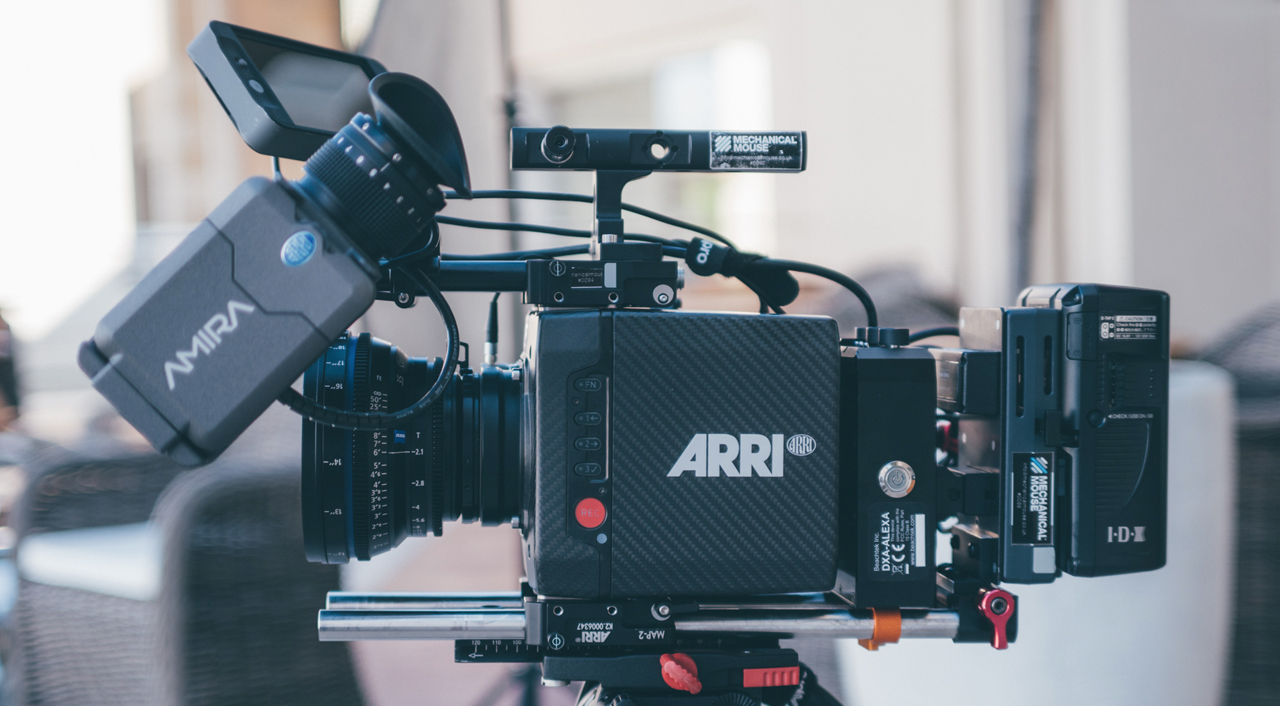 Having dilemmas with the ARRI Alexa Mini audio? Are you struggling with having Line level input as your only audio option?
The Beachtek DXA-Alexa is an audio module designed specifically for the Alexa Mini that converts dual XLR to Line level output. I was sent a pre-production unit to check out. 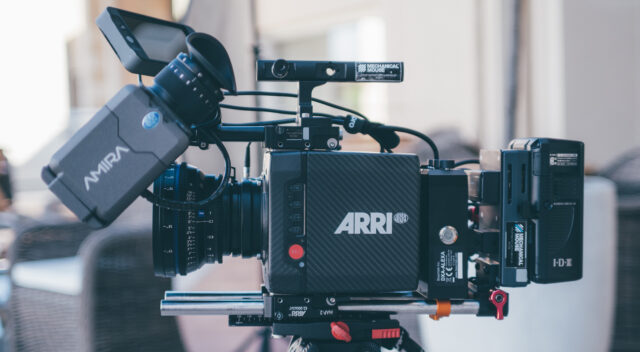 Anyone who’s used an ARRI Alexa Mini intending on also recording sound will know its limitations: it has a single Lemo input on the front, and some gain settings buried in the menu.

Not to worry, though. Wooden Camera do the cool little A-Box that converts that Lemo input into dual XLR. Sorted, right? Not so fast.

You still need to feed it a Line level input, and here’s where many will struggle. Few audio sources provide this level output, which is why you usually have to go through another sound device, such as your soundperson’s mixer. 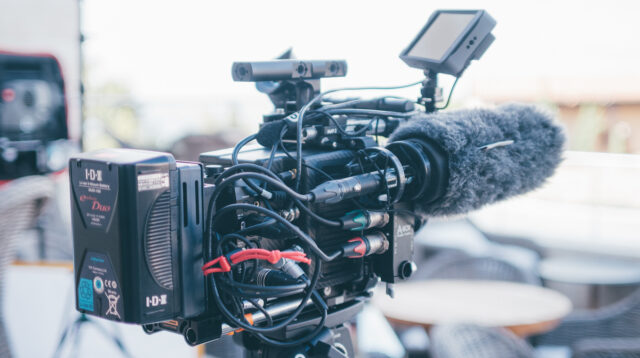 Having a soundperson plus mixer may not always be an option, and that’s then your options are limited without your rig getting pretty hefty.

Beachtek saw the need for a product to fill this need and recently announced the DXA-Alexa audio module, a sleek little box that receives XLR audio (mic level or providing phantom power) and outputs Line level via 5 pin XLR.

Beachtek sent over a pre-production DXA-Alexa, which I put through its paces during a recent shoot abroad that required a single op camera and sound.

The DXA-Alexa receives 2 channels of audio via standard 3 pin XLR. Both can be powered independently by 48v phantom power and both have a high and low gain switch (60db and 40db modes respectively).

Neither channels have a metering display, but instead offer a tri-colour LED that works in the form of a traffic light system (green/amber/red) to meter audio. More on this later.

There are three physical pots on the top of the module for adjusting the gain of each channel, as well as the volume of the monitoring output.

The headphone output is a 3.5mm jack on the side, but there is also a 3.5mm jack for audio return from the camera. You can select whether you listen to the output or return via a switch. Additionally there’s a stereo and mono mode for choosing your headphones output options.

Lastly, it offers a 3.5mm unbalanced auxiliary stereo out which I unfortunately didn’t have time to test this. Power is received by 2 pin lemo that has a voltage range of 11-18. 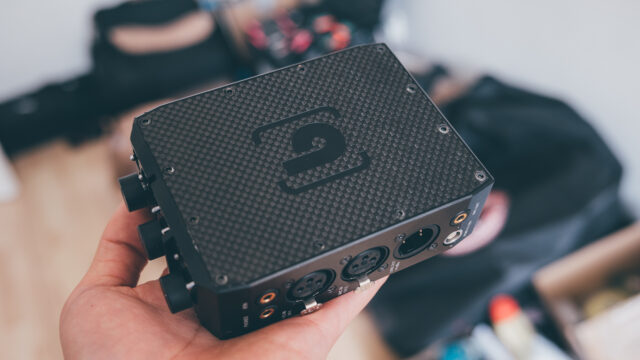 The module is well built, and is clad in a carbon-fibre-look to match the aesthetics of the Alexa Mini. It weighs 374g (0.89lbs). Full spec card here.

All buttons and knobs have a satisfying feel to them, the power button recesses nicely and the pots on top have a half click resistance to them. The gain switches feel solid too.

The DXA-Alexa comes with no cables, so you must spec it for power and output yourself.

The 11-18V range on the power input is useful, placing a standard V-lock battery system right in the middle. It means a straight 2-pin Lemo to D-tap will get you going.
I bought a Hawk-woods LA-69A, and here’s a US non right-angle equivalent.
The thin and slinky cable with a right angle connector provides a nice setup, as this way your cables will pop out of the dumb side of the camera, which is why the right-angle connector was important. 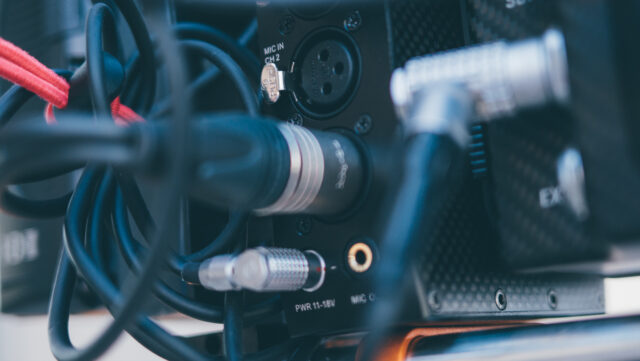 The next consideration is audio output from the module to the camera. Wooden Camera has made a specific cable from 5-pin XLR to Alexa lemo. Unfortunately, this wasn’t available for my trip, so I picked up an off-the-shelf 5-pin XLR to dual 3-pin XLR tail, then went through a Wooden Camera A-Box to get the XLRs into lemo for the camera body.

Both will do the job, but the former is a more concise way of doing it.

The Beachtek DXA-Alexa has three ¼” 20 threads on the bottom for mounting only. I found the best way of adding it to the Alexa Mini rig without things getting too bulky was to simply thread a 15mm mount on the bottom, and stack the module between the v-lock plate and the camera body. 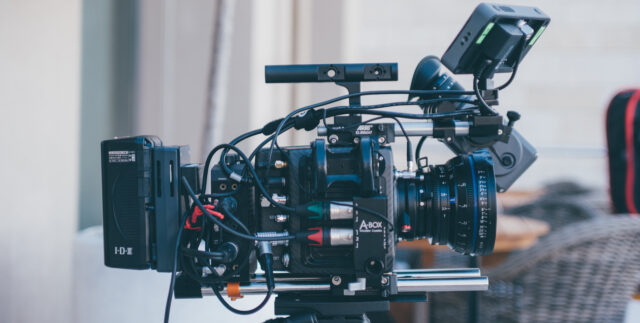 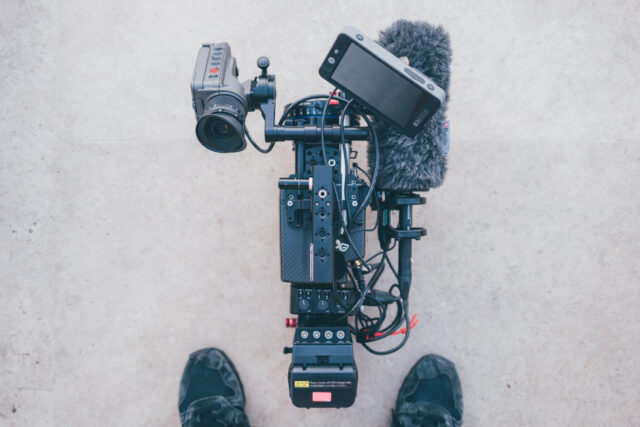 The rig becomes a little longer, but I felt this was more streamlined that side or top mounting.

Additionally, on the opposite side is an array of smaller threads that adhere to the quad pin array that ARRI uses on the top and bottom of the camera. This means you can use the cradle with any existing ARRI accessories, mounting it between your camera body and handle as pictured, for example. 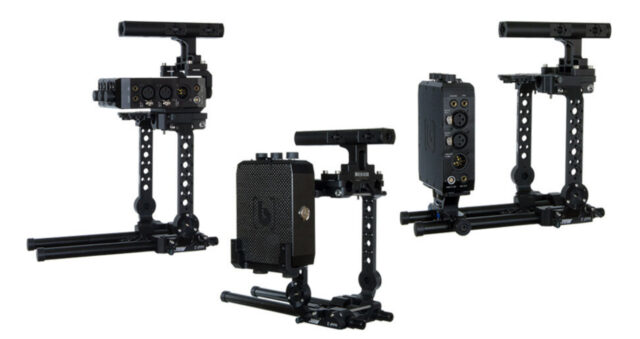 The Beachtek DXA-Alexa works exactly as one would hope. At first glance, you may ponder over the lack of metering displays and primitive traffic light system for audio levels.

However, the camera itself displays audio level info, so you won’t miss anything more substantial in terms of on-board meters.

To set it up you simply send a tone through the Beachtek DXA-Alexa (or consistent audio level if you don’t have access to a tone generator) set the gain level in the camera menu to your desired level (I went with a gain level that provided -18db on the meters), and you’re set.

To then make any further level tweaks you then adjust the pots on the module itself. 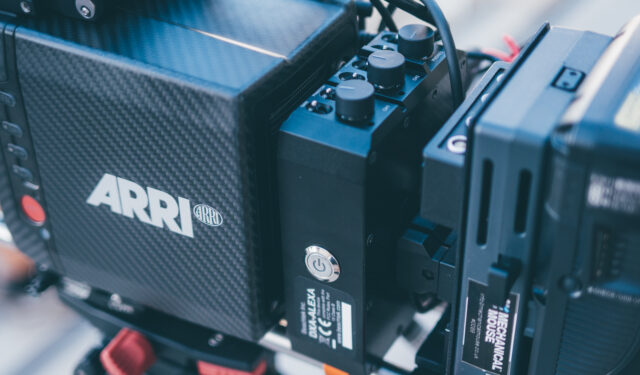 I found that I was using the least amount of gain from the camera itself by doing it this way, but as a result you require more gain from the Beachtek DXA-Alexa, and often the LED meter reaches red.
You could counter this red light by increasing the level of gain in camera and reducing the level on the Beachtek module. However, I trust the amplifiers on a dedicated audio device more than those on a camera that are usually added as an afterthought, so I didn’t worry too much about seeing a few red blinks.

The tri-colour LED scales operates at:

I feel the DXA-Alexa is a must-have accessory for those who regularly record sound on their Alexa Mini and work without a soundperson.

Could it be smaller? Perhaps. Half the depth with outputs and pots on opposite ends could be nice, a form factor that would have me consider a top mounted option far more seriously.
The size of XLR ports is restricting here, substantially smaller would require specific breakout cables that can be less ideal.

Could it be cheaper? Only Beachtek could tell you, but it does seem like the typical ARRI tax applies here.

If you are looking for a cheaper option, you could consider the Beachtek DXA-SLR. This is a similar device originally designed to sit between your audio kit and DSLR. However, this doesn’t provide a true Line level (-26dBu at 0db on the VU meter, I’m told), so it would involve boosting the gain in-camera, and thus compromising the signal-to-noise ratio.

It also can only be powered via 9v batteries, and would require a ¼” jack to lemo breakout (which doesn’t exist, to my knowledge) so generally a less than ideal system for the Alexa Mini.

It’s a shame ARRI never made further efforts to offer more comprehensive audio solutions for the Alexa Mini. I’ve read it was never the intention to include anything at all, but with spare space on one of the boards they thought why not lob something in there for good measure.

True or not, we’re left with a hurdle to jump in getting Mic level to Line level in a concise way, and I feel the Beachtek DXA-Alexa does a pretty good job of doing that.