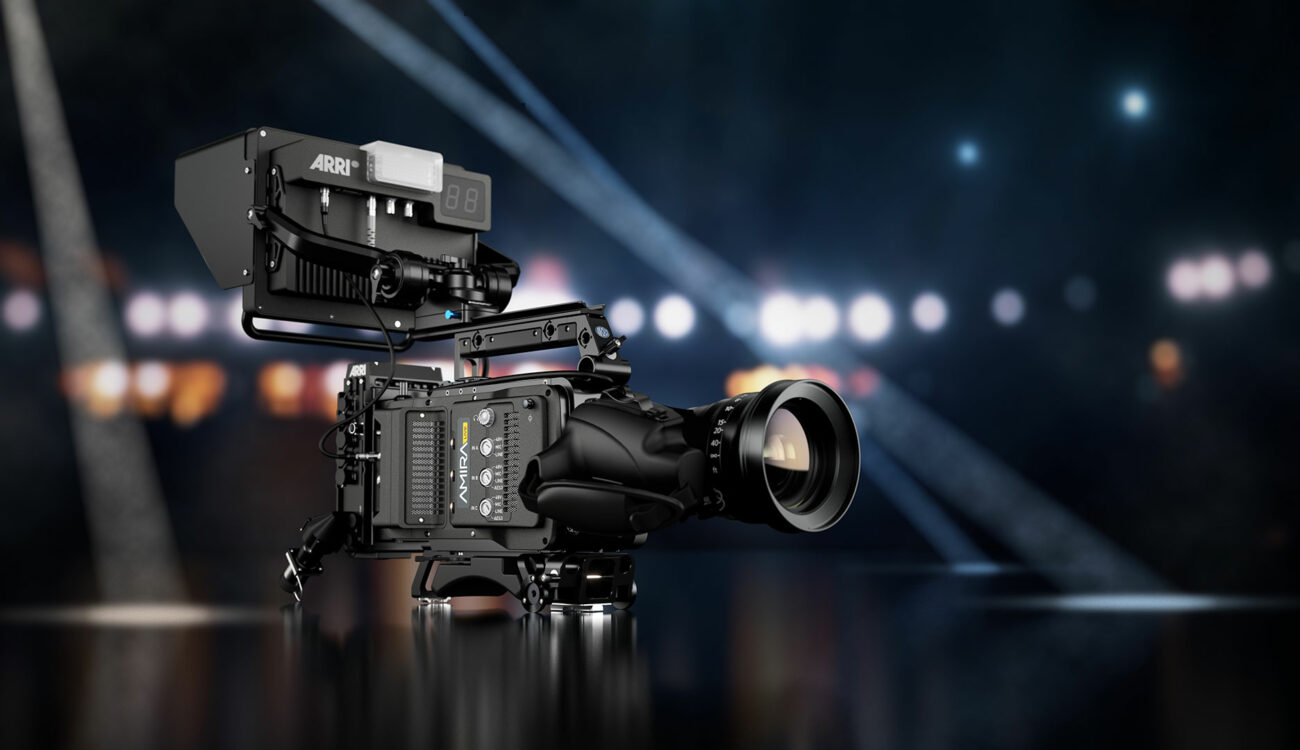 ARRI has just announced a new version of its AMIRA camera: the ARRI AMIRA Live. This unit is made specifically for multi-camera live events/broadcasting by eliminating the need for tons of connection cables to go fiber-connection. Let’s take a closer look at it!

The ARRI AMIRA was first announced during IBC 2013, and it got a lot of new features over time, like the addition of ARRIRAW in 2018. Close to eight years after its initial release, ARRI launched the AMIRA Live, a version taylormade for broadcasting applications.

Let’s get it clear from the beginning, the ARRI AMIRA Live carries the same camera body, Super 35 image sensor, ergonomics, and so on as the original AMIRA. The image you’ll get out of both cameras should be pretty similar. So what’s new?

To summarize things, there are three things: a new “back” with fiber-channel connections, a new SUP 6.1 firmware, and the ARRI VMM-1 10″ onboard monitor.

The new “back” of the camera is made to eliminates external cabling between the camera body and the fiber adapter. It means you’ll get an easier to set up and more reliable configuration for live productions. As its quite technical and out of my expertise, I’ll quote ARRI directly:

ARRI Multicam cameras are controllable with industry-standard Sony RCPs (Remote Control Panels), allowing technicians to continue using the tools they are comfortable with.

If you ever shot live events for an hour or two, you probably know that you better have a nice seat and a comfortable monitor to look at, or you’ll quickly end up with eye/leg/back strain.

The ARRI AMIRA Live package comes with the ARRI VMM-1 monitor, a 10″ onboard monitor that connects directly to the camera viewfinder interface or can be daisy-chained with the Camera Control Panel CCP-1.

This monitor has direct controls to adjust contrast, color, backlight settings and turn on/off peaking via a dedicated switch. Also, the monitor has a physical on/off switch for the frontside tally and two camera user buttons. The ARRI VMM-1 comes with a quick-release Monitor Yoke Support (MYS-1 bracket.)

Last but not least, the ARRI AMIRA Live comes with a new SUP 6.1 software. Here is a quick list of all the improvements/changes of this software:

The ARRI AMIRA Live is available to order now, however, we have no information about pricing. As you might expect, it will be mostly a camera for rental (though the original AMIRA is in the hands of many owner-operators).

ARRI mentioned that some prototypes have already been used on professional broadcasts with the arena-filling German magicians the Ehrlich Brothers, a television talk show, and David Guetta Productions. For more information, please visit ARRI’s website.

What do you think about this new ARRI AMIRA Live camera? Did you ever use ARRI cameras for live production applications? Don’t hesitate to let us know in the comments below!