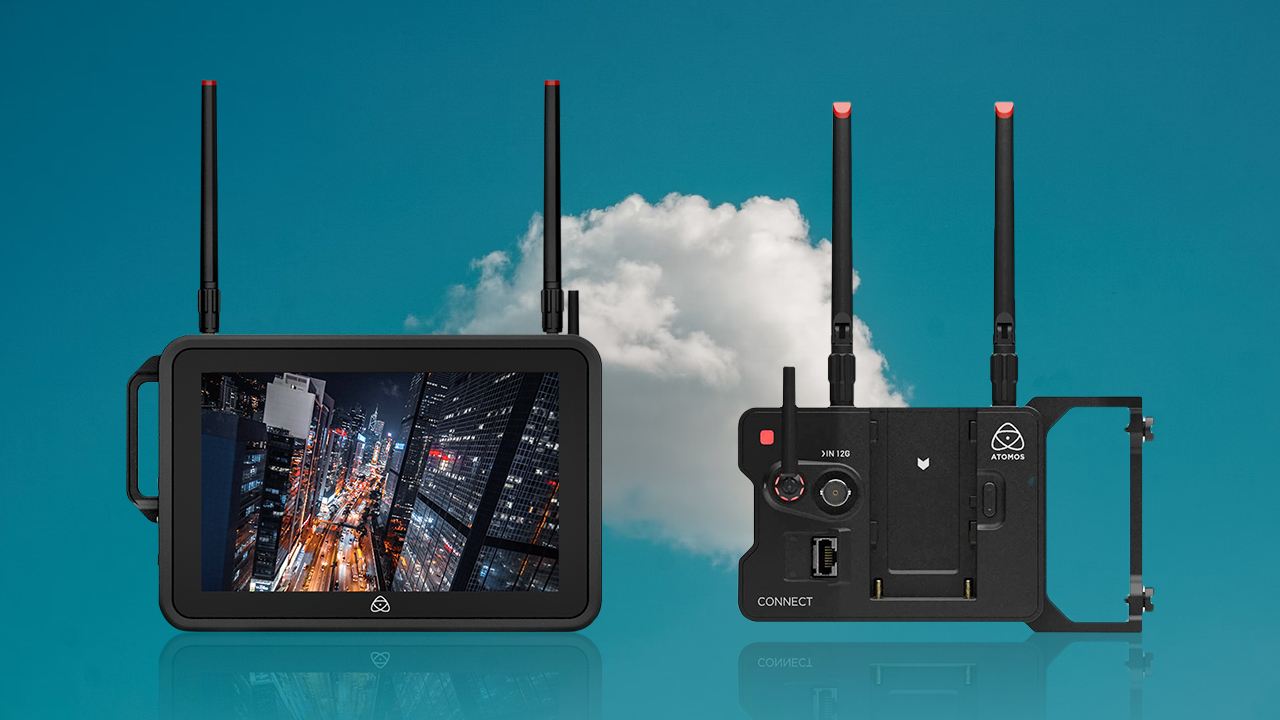 The Australian company has just released a firmware update for the Atomos CONNECT and SHOGUN CONNECT network-enabled devices. Integration with frame.io Camera-to-Cloud (C2C) workflows has finally been added. The update is now available to download for free.

At NAB 2022, during a show edition dominated by cloud-related announcements, Atomos unveiled their first-ever network-connected devices: the Atomos CONNECT module for NINJA V/V+ and the SHOGUN CONNECT monitor/recorder.

Back then, the company had announced that both devices would soon gain support for Camera-to-Cloud (C2C) workflows thanks to a partnership with frame.io – the Adobe-owned remote collaboration platform. Now, the release of AtomOS 10.81 finally unlocks this feature on both devices. Let’s take a closer look.

As the demand for video content constantly increases and deadlines become tighter and tighter, idle times between set and post-production need to be minimized. Or even cut out completely, if possible. That’s exactly what Atomos promises to do with their network-connected devices.

Indeed, both the Atomos CONNECT module for NINJA V/V+ and the SHOGUN CONNECT can take a video signal from a vast range of cameras, simultaneously encode it into a full-quality and an H.265 “proxy” file, and transfer the latter to frame.io. This way, footage is immediately available for remote collaborators for editing or review. The upload starts instantly and can be performed even from remote locations. Indeed, it only requires a standard 4G LTE, 5G, or Wi-fi network.

Of course, this cloud-based approach opens up interesting perspectives for today’s and tomorrow’s productions. At Cine Gear 2022, we already had an interesting chat with Michael Cioni – Senior Director of Global Innovation at Adobe – about possible developments of this technology. C2C workflows will undoubtedly become more common in the next few years when each land on Earth will be reached by fast network coverage.

More recently, Atomos hosted a virtual panel discussion on the topic – Atomos Roundtable – which will premiere on their YouTube channel on August 18th at 11 am PDT. The discussion involved Trevor Elbourne and Paul Scurrell – respectively Atomos CEO and Senior VP Product, Michael Cioni, as well as representatives from the creative side. These include filmmakers Armando Ferreira, Bobby Goulding, and Dry Williams. If you’d to keep up with modern production workflows, that’s something you don’t want to miss.

The latest AtomOS 10.81 update with support for frame.io C2C workflows for the Atomos CONNECT and SHOGUN CONNECT is now available to download for free from my.atomos.com. The device needs to be registered on the recently-released Atomos Cloud Studio platform and linked to a frame.io account.

Do you often need to immediately transfer footage from set to post-production? Will you include the new Atomos CONNECT devices in your workflows? Let us know your thoughts in the comment section below!