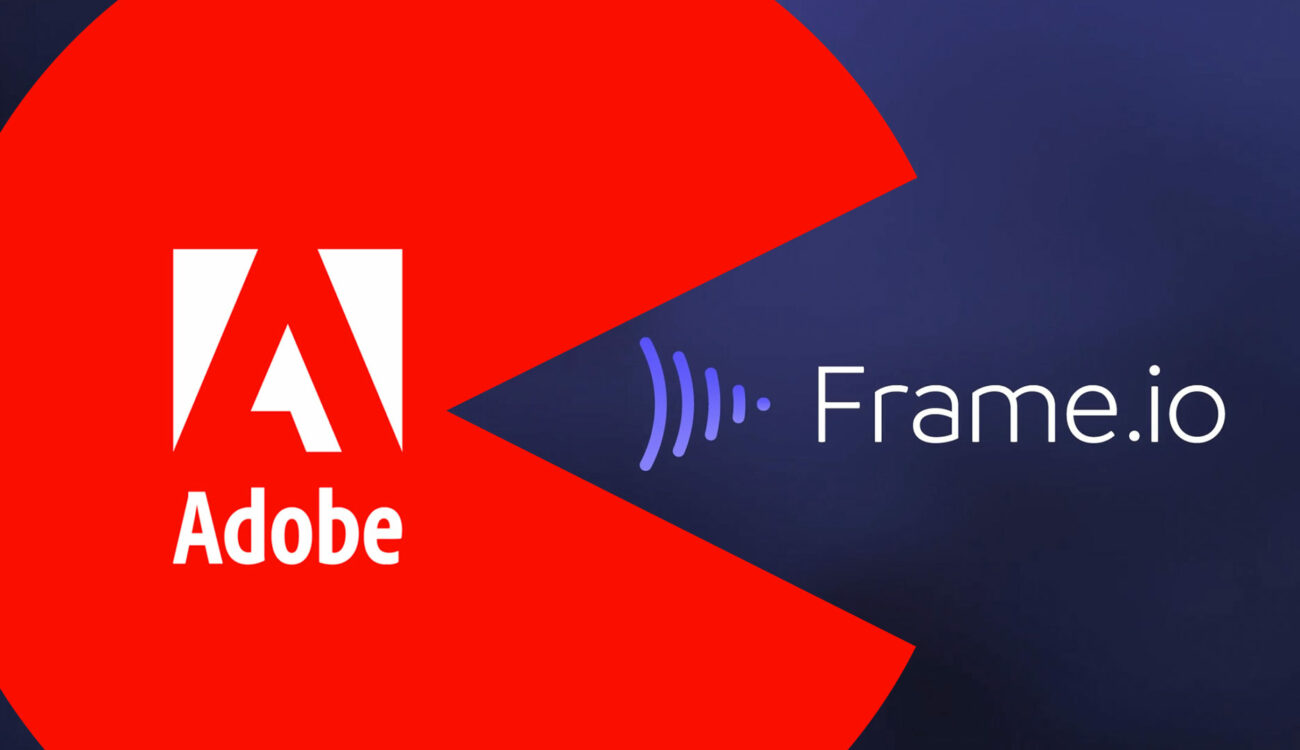 Adobe and Frame.io have announced today that they will join forces – Adobe buys Frame.io for $1.275 billion and will integrate its cloud reviewing technology deeply into its products. The deal should close in Q4. Let’s take a closer look at what’s coming.

Frame.io is a platform that has really gained ground since its inception in 2015, and proven to be the solution to a problem most people didn’t know they had: A straightforward way of reviewing video edits for creatives, directors, clients and editors alike, without sending each other endless confusing emails with timecode marks in various colors.

Yep, CineD relies on Frame.io too (and like it more than we thought we would)

Within the CineD workflow for editing reviews, we are very happy to use Frame.io on a daily basis, and it truly has served us well so far, considering that we are regularly even sending either proxy or hundreds of gigabytes full resolution unedited footage across continents to our editor who’s located on a different continent in a different hemisphere! Shameless plug here, but Frame.io truly is faster than uploading/downloading footage to/from your own NAS or other web services.

Today, both companies announced they intend to integrate Frame.io with Adobe for a whopping $1.275 billion. The deal is not closed yet as it still has to go through regulatory approval, but they intend to close in Q4/2021.

In his blog post, Frame.io co-founder and CEO Emery Wells outlines how the video market has exploded on a global scale and accelerated the growth of Frame.io, among lots of other services and video production in general.

He then moves on to explain that of course, as a consequence of the acquisition, Frame.io technology will be more deeply woven into the Creative Cloud ecosystem. (Of course, both services are subscription-based, which makes it clear that this will continue to be the way forward for using the service in one way or another – it remains to be seen if it will be an extra fee to use Frame.io reviewing capabilities for existing Creative Cloud customers though.)

It’s obvious how complimentary Frame.io reviewing technology would be for Premiere Pro or After Effects if Adobe manages to think outside the box with further development.

What about non-Adobe NLEs and software?

We will also continue our commitment to invest in other partner integrations including Final Cut Pro, DaVinci Resolve, and Avid Media Composer.

So that seems like good news for existing users of platforms outside of Adobe’s walled subscription garden, but we can only be certain about what’s about to happen with third-party NLE’s once the integration into Adobe’s product portfolio has been completed in a few months from now.

About half a year ago, Frame.io introduced their C2C (camera to cloud) technology with an impressive video (watch it here if you’ve missed it). Talking to my colleague Dave Kratz here in the CineD team, who’s a professional editor, he’s getting very excited about the integration of Frame.io camera to cloud into the Adobe Premiere Pro ecosystem:

Their camera to cloud solution is so enticing, especially for remote post work. Now that it could be directly integrated into Premiere Pro, this could be a game changer for Adobe. We waste so much time in post just waiting for the footage to be shipped and ingested. This could save us days. It could be game over for other NLEs like Avid in just a few years.

What’s your take on Adobe’s acquisition of Frame.io? Have you been using the service before? Do you think it’s for the better that soon they’re going to be under Adobe’s wings? Let us know in the comments below!