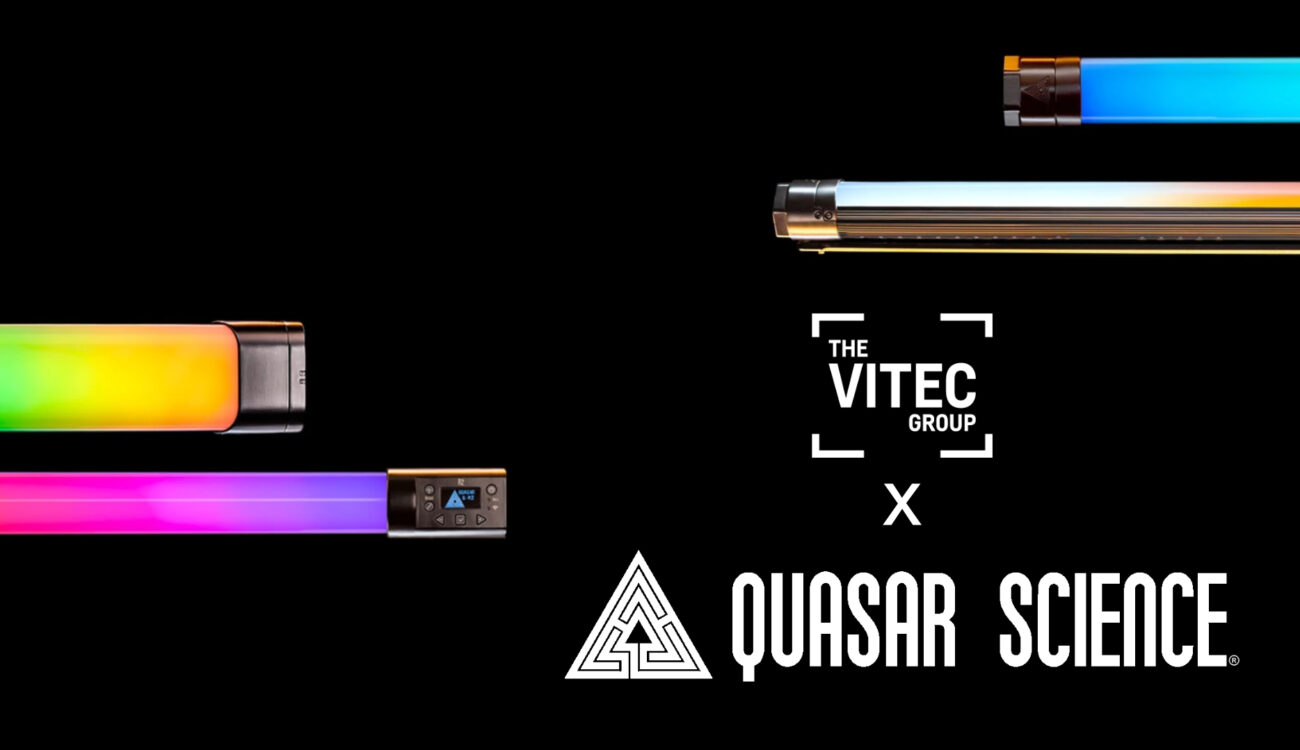 The Vitec Group has announced the acquisition of Quasar Science, a leading provider of LED lighting technology. It is not at all unusual for Vitec to acquire other companies. Vitec currently gathers some 25 brands that were previously independent companies under its umbrella. So now another lighting specialist is joining them: Quasar Science.

Quasar Science lighting instruments have a strong reputation in the filmmaking community. In particular, their popular tube lights such as the Rainbow 2 have found their place in many lighting trucks around the world. And this reputation appealed not only to the filmmakers, but seemingly to the Vitec Group as well.

From the press release: Quasar Science is an innovator in linear and tubular LED lighting solutions for cinematic applications. The business will become part of the Group’s Production Solutions Division alongside Litepanels the award-winning supplier of LED lighting panels for television lighting and cinematography acquired by the Group in 2008.

Stephen Bird, CEO of Vitec Group, on this topic:

Having the well-respected Quasar team within our portfolio, with their flair for new product development, on-set experience, and industry networks, will enhance our position as a leading player in the growing LED lighting for broadcast and cine market.

Quasar Science was founded in 2012 by four partners with lots of experience as studio lighting technicians in Los Angeles, California. And that’s where the majority of its 18 employees are based. Co-Founders Steven Strong, Evans Brown, Jay Yowler and Ray Gonzales will remain with the company and continue to lead the team post-acquisition. CEO Steven Strong states:

As working professionals in cinematography, our intimate knowledge of filmmaking and content creation has enabled us to build Quasar Science into one of the industry’s most innovative brands. Joining the Vitec Group will elevate Quasar Science to a higher level of performance and introduce our technology to a wider audience.

What do you think about the Vitec Group acquiring Quasar Science? In terms of diversity, I personally would prefer smaller but independent companies. On the other hand, a big player like the Vitec Group can provide more (and faster) innovation through financial resources, which in turn is good for us, the customers. What is your opinion on this?

Other major brands, which are part of the Vitec Group are:

There are more acquisition news from the Vitec Group today, although this one doesn’t necessarily have much in common with our industry. But for the sake of completion, here’s the headline: “Creative Solutions, a division of The Vitec Group, acquires Lightstream to expand into gaming and strengthen cloud offering”.

If you want to read more about this latest deal, head over to Teradek.com!

What do you think about it? Do you own products from Vitec Group brands? Share your experience below in the comments!