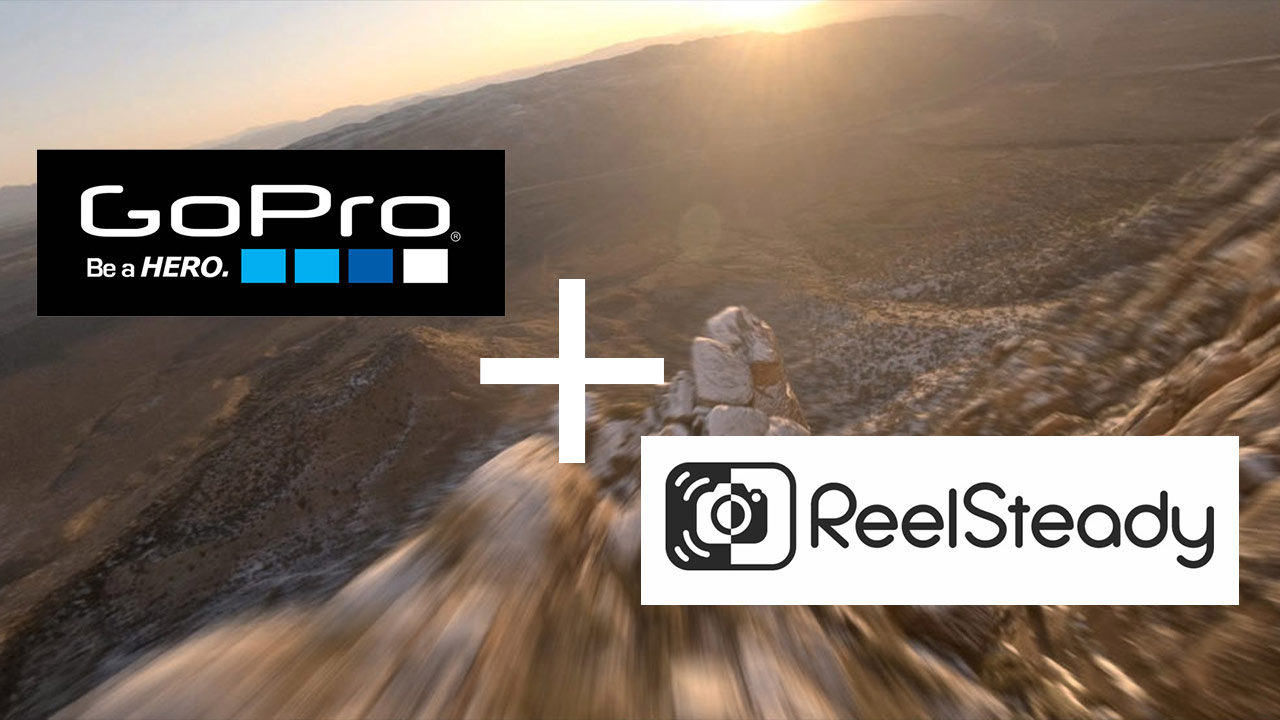 On March 13, 2020, GoPro published information that the company acquired the ReelSteady stabilization software company. Its founders Robert McIntosh and Andy Russell have joined the GoPro team. In the future, we can expect further integration of the technology in the GoPro app ecosystem, quicker integration with GoPro products, updates, and features.

ReelSteady is a capable post-production stabilizing software. Most people will probably connect it with stabilizing GoPro footage based on the gyroscopic information included with the recorded footage. There are lots of examples of great results of ReelSteady, most of which are from the FPV drones community. It is no surprise, that one of the ReelSteady founders, Robert McIntosh, is also an FPV drone flying enthusiast. You might remember some of his impossible drone shot videos which went viral and helped greatly to promote the ReelSteady apps.

Prior to May 2019, ReelSteady was only available as a complex Adobe After Effects stabilizing plugin with a price tag of $399. In May 2019, the company introduced ReelSteady GO – an affordable alternative with a price tag of $99. ReelSteady GO is a simple standalone desktop application, which automatically stabilizes clips from GoPro HERO5, HERO5 Session, HERO6, Hero7. and new Hero8 cameras (which store the valuable metadata for gyro-based stabilization).

Mostly, ReelSteady has been used to stabilize footage from FPV racing drones and hyper lapses taken with the GoPro cameras.

The main difference between these two stabilizing technologies is that HyperSmooth is achieved within the camera whereas ReelSteady is applied after the filming in the post-production using gyroscope metadata to stabilize the footage.

HyperSmooth maintains a minimal 10% crop margin. ReelSteady dynamically crops the image in post to save as much resolution and field of view possible throughout the shot – it basically subtly zooms in and out based on how shaky the footage is at any given time.

Both features provide Horizon Leveling as well as work in all frame rates and resolutions (in the case of HyperSmooth 2.0). The only exception – ReelSteady GO still does not support 24fps footage. ReelSteady, unlike HyperSmooth, always results in footage that has no fisheye distortion, regardless of the field of view captured in.

In a way, this move from GoPro makes sense. ReelSteady products have been closely bound with GoPro cameras because of the way they work with their metadata. Now that ReelSteady founders Robert McIntosh and Andy Russell have joined the GoPro team, we can expect further integration of the technology in the GoPro app ecosystem, quicker integration with GoPro products, updates, and features.

What does this mean for current ReelSteady customers? As GoPro states, there won’t be any changes in the immediate future. ReelSteady products will continue to be sold on the ReelSteady website and supported by GoPro customer support.

Do you use ReelSteady to stabilize your GoPro footage? How do you like the results? What do you expect from this acquisition? Let us know in the comments underneath the article.