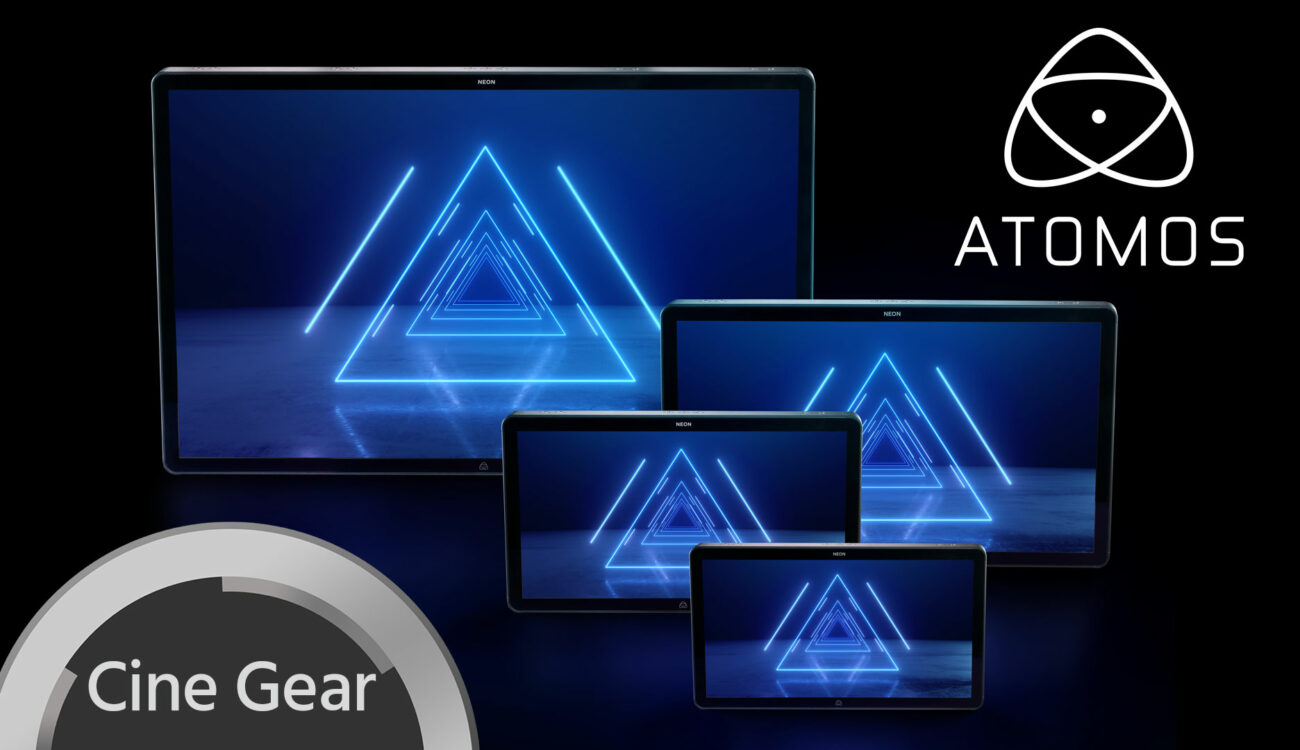 Atomos just announced a totally new line of monitor-recorders in four sizes, 17″, 24″, 31″ and 55″. These are real 10-bit displays and were made for a variety of applications like monitoring, recording, editing and color grading. 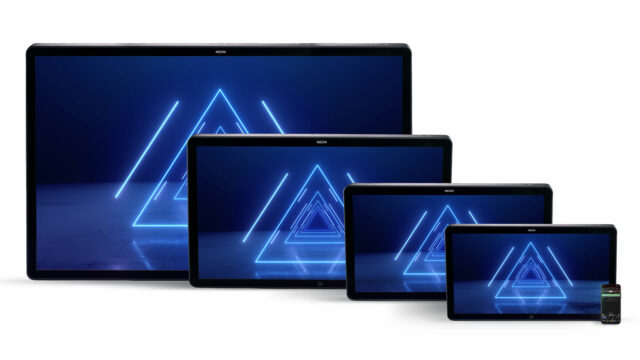 The Sumo 19 was Atomos’ first entry into a larger-screen market, and their new Atomos Neon line proves that this seemed to have been a worthwhile endeavor: With four completely new monitor/recorders at 17″, 24″, 31″ and 55″, Atomos is catering a whole new audience.  Or several, to be exact:

Their 17″ Neon monitor is targeted at focus pullers and as an on-set reference monitor next to a laptop. This is also the only monitor out of the 4 that is only Full HD (1920 x 1080 pixels), while the others feature 4K / UHD resolutions (see details below). The 17″ Atomos Neon has a pixel density of 142 PPI, and 128 zoned dynamic backlights. This technology was first used in their Shogun 7 monitor/recorder which was introduced earlier this year, and Atomos CEO Jeromy Young explained it in detail in this video we shot at NAB – in short, it’s a way to amplify contrast within LCD technology (without using OLED screens), by dynamically adjusting the brightness in different zones behind the LCD, using LEDs.

The Neon 24″ and Neon 31″ are targeted at video village, DIT, cinematographers, editors and directors within that video village, or as a reference monitor next to your desktop editing or DIT machine.  These are 4K DCI displays (4096 x 2160 pixels), a 10-bit DCI-P3 100% color coverage, and they claim to have a 1,000,000:1 contrast which should be very suitable for HDR viewing. Both of these displays have 512 zoned dynamic backlights.

And finally, the 55″ version of the Atomos Neon monitors is targeted to be used by clients, in showrooms and by color graders in grading suites. This display also has 512 zoned dynamic backlights, and a PPI of 84. The resolution on the 55″ is UHD (3840 x 2160 pixels).

This is the first time we are seeing true 10-bit displays from Atomos, which is a great development – so far even their top-end products like the Shogun 7 have been 8+2 FRC displays.  From the specs it seems like the displays might be sourced from different manufacturers, so we expect those to perform differently … I expect the 24″ and 31″ versions to perform the best, and I think those might become the most popular ones. We’ll look out to get one for review and check it out in detail for our audience. 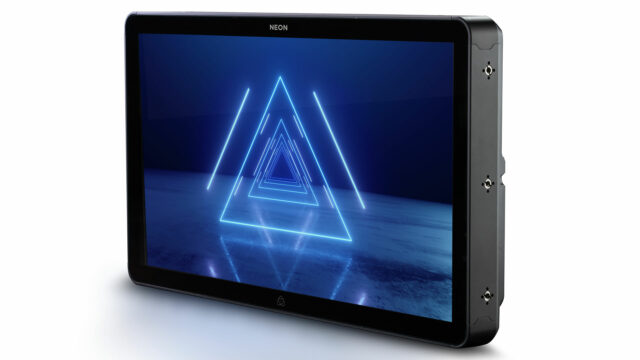 The new Atomos Neon monitor/recorders use the latest version of their operating system which can also be found on the Shogun 7 and Ninja V. All of the Neon recorders can record from HDMI, SDI and Quad-Link SDI sources, and all the major camera manufacturers are supported. Up to HDMI 10-bit uncompressed as well as 12G-SDI with 12-Bit and 4K RAW in up to 60p are supported. Same specs as their top-end Shogun 7.

ProRes RAW recording is supported on all Neon recorders, and of course also all other varieties of ProRes (LT, 422, 422 HQ) and Avid DnX are supported. Cinema DNG RAW is still supported which is worth mentioning as Blackmagic Design has discontinued supporting it as an internal recording option in their most recent cameras.

For the first time in a monitor/recorder, this comes with a specially designed iOS app that allows you to control 4K recording, syncing and playback on up to 1000+ Neon monitor/recorders using Bluetooth. The app also has focus peaking, exposure, calibration, zoom waveform monitor, RGB monitor, vectorscope and LUT selection. Realtime playback in the app is also possible. Using the AtomX Sync Module you also have capture control that allows you to sync metadata with your NLE of choice, and the metadata is simply embedded into the Quicktime file. 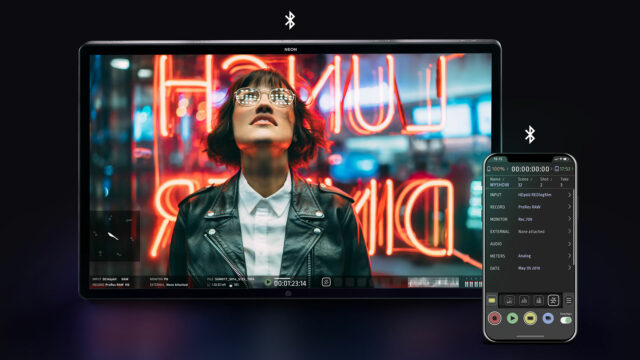 Atomos is teaming up with Dolby to deliver Dolby Vision live on-set to any Dolby Vision capable TV or monitor.

This is how Atomos states it:

Neons’ AtomOS 10 software magically, automatically analyzes the image, queries the TV, and applies the right Dolby color and brightness profiles in real-time for the maximum HDR image on the display or TV, all while your filming. This is a valuable on-set reference check for the creative director and client to ensure continuity of creative intent right to the living room.

Atomos Neon are built into a durable aluminium chassis and polycarbonate back plate. The three “smaller” versions, 17″, 24″ und 31″ additionally come packed into a specially designed high-performance crush-proof and water-tight road case (something like a Pelicase, I presume). The monitors have VESA mounts, feet for floor or desk viewing and ARRI-standard mounting points.

All in all, the Atomos Neon range is aimed at delivering the highest quality image monitoring and recording throughout the image pipeline; from capture to post-production and client preview. This guarantees visual continuity, while delivering the requirements of scalable productions that need ProRes RAW recording, HDR monitoring and integration with Dolby Vision. The Neon range is definitely one to watch as more and more productions are utilizing accessible RAW and HDR options.

Will the Atomos Neon range deliver your monitoring and recording needs? How could you use the Atomos Neon devices on your productions and pipeline? Let us know in the comments.