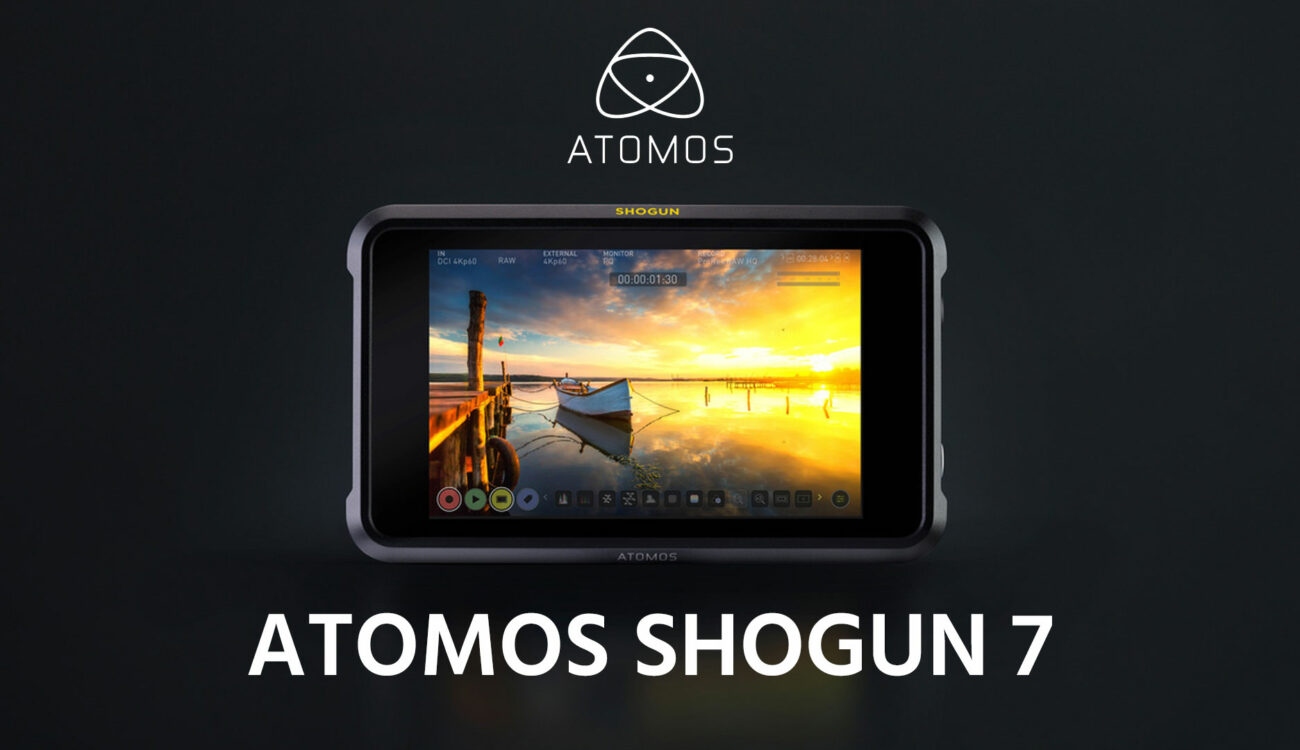 The Atomos Shogun 7 is the most featureful recording and monitoring device on the market, capable of recording 5.7K ProRes RAW, live vision switching and an HDR display that allegedly delivers 15+ stops of dynamic range.

Video Recording Up To 5.7K In ProRes RAW

As cameras continue to grow in resolution, as does the recording technology. The Atomos Shogun 7 can record up to 5.7K resolution recording, up to 4K 120fps and 2K 240fps for super slow motion action in ProRes RAW (dependant on camera capability). At present, there isn’t a recorder on the market that is capable of capturing those resolutions and frame rates in RAW, which is an incredible advancement in recording technology. The Shogun 7 seems to replace the Shogun Inferno as Atomos’ flagship recorder.

The Atomos Shogun 7 is not restricted by inputs like in previous incarnations; four SDI inputs support support Quad Link, Dual Link or Single Link cinema cameras. There is also one HDMI input and one HDMI output for tethering to additional monitors and making use of the Dolby Vision HDR output.

Audio inputs have also been considered in the Shogun 7, which can take 48V stereo microphone inputs through a balanced XLR breakout cable (optional). The mic or line levels can be selected and gain adjusted on the device and monitored via the 3.5mm mini jack output. The frame delay can also be adjusted. 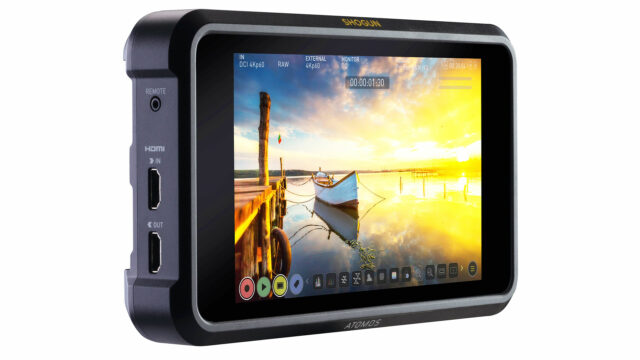 The Shogun 7 is also capable of transforming into a multi-camera switcher, with quad-ISO camera recording. Up to four 1080/60p inputs can be recorded separately, as well as the program output too. The user can select the input to switch to via the touch screen, which is recorded as marked cut points in XML metadata. This is ready to edit, and can be imported into an editing system with the cut points in place.

Audio from a separate mixer is recorded within each ISO channel, with an additional two channels of embedded audio from the camera or source. With Genlock I/O too, the Shogun 7 will fit into many existing multi-camera and live event setups, without the need for a separate vision mixer.

The Atomos Sumo19 will also receive this feature via a firmware update. 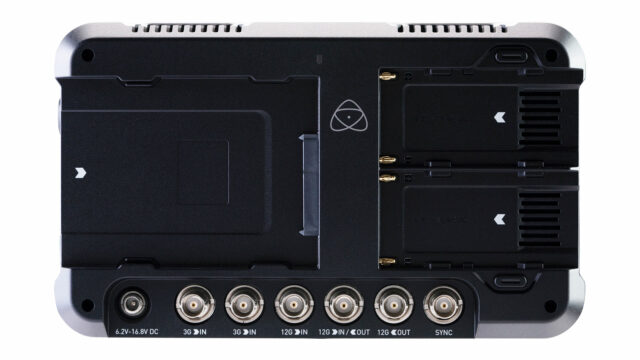 The full HD (1920×1080) HDR display on the Shogun 7 claims to display 15+ stops of dynamic range, which is more than any other Atomos monitor, or high-end production monitors. That is a truly revolutionary, albeit bold claim, as some of the most expensive HDR displays on the market in fact can barely show more than 10 stops of dynamic range (very different to the dynamic range that modern cinema cameras are capable of recording). It is rated at 1500nit (the same as the Shogun Inferno), but has a completely new 360 zone backlight consisting of 360 individual LED’s. This makes the monitor super bright in daylight with a contrast ration of 1,000,000:1, and capable of displaying millions of colors and shades.

Dolby and Atomos have joined forces to create ‘Dolby Vision HDR live’ which enables true, on-set analysis of Log or RAW footage for the best possible playback on an HDR screen. This is particularly beneficial for a DoP and director on set who wish to monitor the footage in HDR while it’s being shot. This feature is available when the Shogun 7 is connected to a Dolby Vision TV via HDMI.

The Atomos Shogun 7 is receiving the latest operating system and user interface, which is currently present on the Ninja V. Four ARRI anti-rotation mounting points have been included on the top and bottom of the device for secure rigging.

Two hot-swappable NP-F type batteries can be mounted onto the device, with the recording media also mounted on the rear of the device. This can be approved SATA SSD drives or AtomX SSDmini drives.

Here are the key specifications of the Atomos Shogun 7:

The Atomos Shogun 7 appears to be the all in one solution for external video recording and HDR monitoring. Ultra high-resolution recording and frame rates that record in rich ProRes RAW way surpasses the internal capabilities of many cameras. Additionally, a separate vision mixer is no longer needed for capturing multi-camera filming or live events. Atomos appears to have considered so many options to include in the Shogun 7, making it a top choice for video makers right now!

The Atomos Shogun 7 will be available from June.

Our team will try to get their hands on a review unit as soon as possible to compare with the existing Shogun Inferno, and we will shoot a video about the device at NAB in Las Vegas in the coming days.

Will you be upgrading your Atomos devices to the Shogun 7? Let us know in the comments.