At the Inter BEE show in Tokyo this week, Atomos announced a major update for the Sumo 19 – asynchronous multicam switching. This Sumo update gives their do-it-all unit just one more tool in the kit. 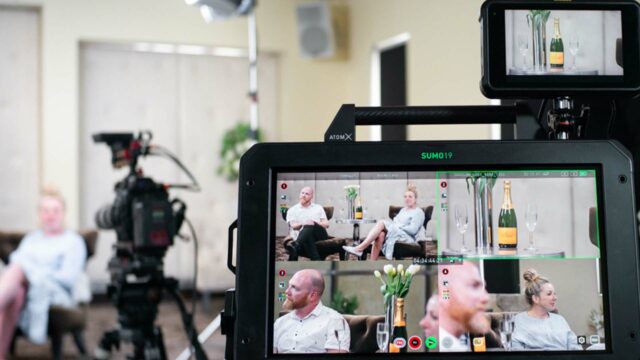 Atomos Sumo19 can record 4 ISO feeds and 1 program – all to the same SSD (Image credit: Atomos)

First, some context. Atomos has been creating high-quality external recorders for some time now, and the Sumo is their largest and most powerful unit to date. It is fully HDR-ready, capable of displaying a claimed 10+ stops of dynamic range at 1200nits. It is also one of only a few devices capable of capturing ProRes RAW.

The Atomos Sumo is designed to be a do-it-all box, capable of replacing multiple pieces of hardware in the pipeline of smaller productions. “Save space by replacing several boxes in your rack with a single Sumo19,” brags the Atomos website. In terms of video feeds, it can handle signal conversions, both HDMI and SDI inputs, and record 4 ISO (isolated) video feeds and 1 stitched-together program feed to a single SSD. It can also output that program feed by either HDMI or SDI if it isn’t the final stop in your pipeline. On the audio front, it features two balanced XLR inputs, with full 48v phantom power and dedicated gain controls. And that’s all on top of being a great HDR monitor. 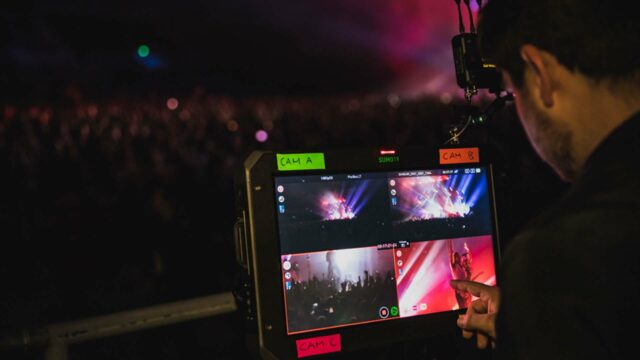 So with this latest Sumo update, Atomos has set their sights on removing one more step between your cameras and your recorder. AtomOS 9.2 for Sumo 19 will allow asynchronous live multicam switching. Translation: no genlock, no problem. While we don’t know how this will actually work, we can speculate. One common practice is to hold a drifting feed in a small buffer until it falls back into sync.

But however it works, the Sumo will also record an XML file alongside the ISO and program feeds, so that everything can be brought straight into your NLE of choice with all of your edits in place. For that matter, it can even track whether you used a hard cut or a dissolve in the live recording, both of which can be configured to either a single- or a double-tap.

These updates, on top of the already-existing features of the Sumo, make it an incredibly useful tool for any multi-camera production, live or not. Atomos continues to put powerful tools in the hands of filmmakers who wouldn’t have had access to them before. The update is available for download now.

What is your multi-cam workflow? Would this feature tempt you to buy a Sumo? What is still missing? Let us know in the comments!