The AXA ARRI is a rig that allows you to mount ten ALEXA Minis in a 360-degree configuration for cinematic-quality video immersion and simultaneous camera control.

We met with Stefan from ARRI at Cine Gear 2017, where they were demonstrating their latest collaboration with Radiant Images: the AXA ARRI.

The rig they had on display featured ten ARRI ALEXA Minis mounted on the AXA frame designed by Radiant Images. All ten cameras were outfitted with Canon ultra wide zooms, and their output was routed to a monitor that displayed all ten feeds simultaneously. Using higher-quality cameras like the ARRI ALEXA means a wider dynamic range and better low-light performance, particularly helpful for challenging exterior 360 shoots. 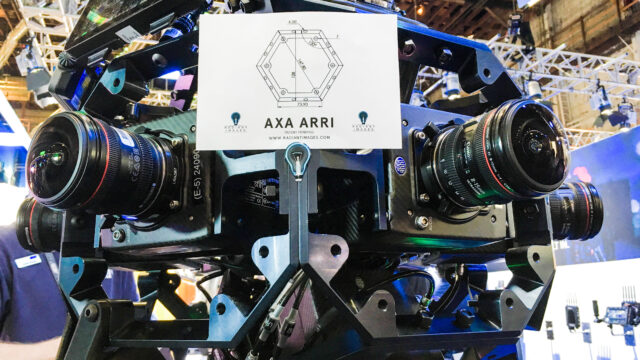 The whole system is based around the beta version of their latest SUP 5.0 software, which allows you to set one master camera to which the other nine will be slaved. This means that a single adjustment of just one knob or switch will control settings across all ten cameras simultaneously, allowing you to quickly change iris, white balance, exposure index, and even ND filters across the whole system. Needless to say that for 360 video — where you want to try and achieve a smooth and seamless stitch between videos — being able to quickly replicate the exact same adjustments across all cameras is a great advantage. 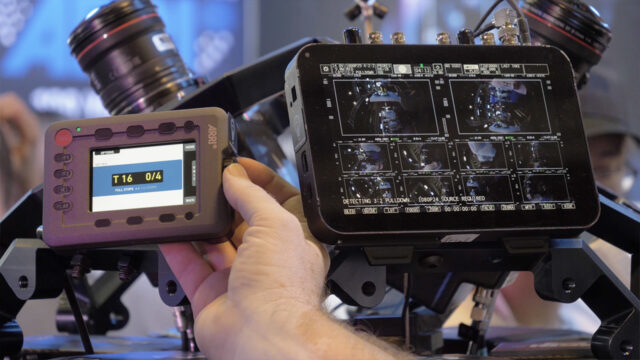 The price for the complete AXA ARRI? Around the $600,000 mark, which of course makes it more of a rental item. For more information regarding hiring the AXA frame, please visit the Radiant Images website.

The AXA ARRI is yet another testimony to the evolution of 360-degree video. Whether you are in the camp that thinks its the future, or whether you think its a passing fad, the reality is that the platforms currently available allow for an exploration of this new format whatever your budget.

What kind of project would you shoot if you had access to an AXA ARRI rig? Let us know in the comments below!