We were lucky enough to document parts of the process of bringing the FUJIFILM GFX 100 camera to realisation by following the FUJIFILM team for a considerable amount of time. In part one, I’ve concentrated on highlighting the process of developing and designing the camera itself and have followed some of the key figures behind it. In part two, I’m visiting the Taiwa factory where the camera is being produced. 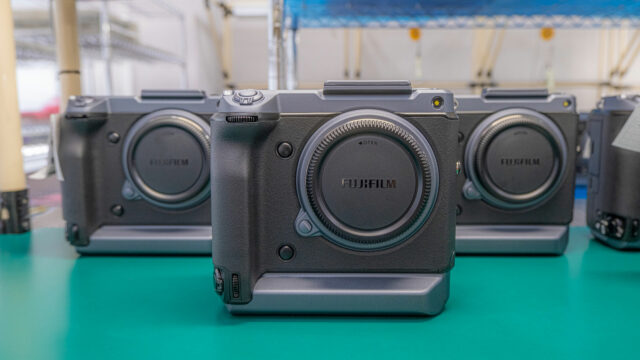 The first batch of the FUJIFILM GFX 100 is ready

I’ve also followed the preparations for the GFX 100 launch event that took place during May 23rd in Tokyo. This is where the camera was officially revealed. I would like to thank the FUJIFILM team for being supportive in accepting our initiative, opening their doors to show a world we often don’t see, and letting us share as much as possible of the lengthy process of making a camera. I’m sure you know that this is NOT the norm in our industry and appreciate this kind of transparency, too.

We will receive the camera soon and will run through a full, proper review with it. When done, we will share our findings. Till then, hope you will take a minute to see the second part of our documentary. Smile and pride – On the assembly line of the GFX 100

Full disclosure: This project was initiated by cinema5D. FUJIFILM (alongside many other distinguished manufacturers) is running a paid banner campaign on our site, which of course helps us finance our day to day operations – nevertheless,  the production cost of this documentary was fully self-funded by cinema5D. 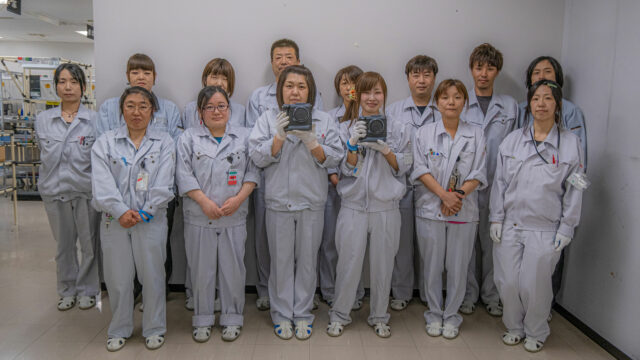 Some of the people behind assembling the camera

Please don’t hesitate to comment on this project. If you like these behind-the-scenes documentaries let us know and we will do our best to produce even more of such original content.