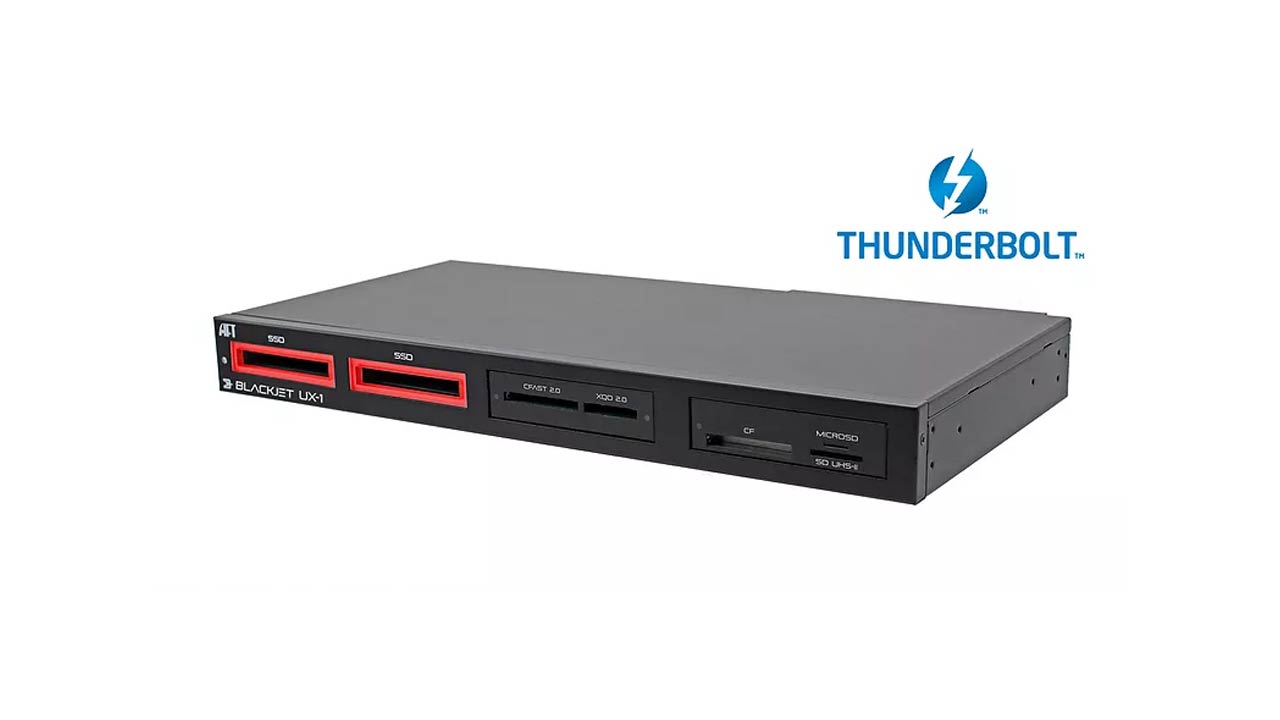 Atech Flash Technology recently released the Blackjet UX-1 Cinema Dock. The Californian company’s rack-mountable docking solution offers dual SSD-docking, as well as slots for most industry standard memory card formats, like CFast 2.0, CompactFlash, XQD 2.0, SD (up to UHS-II) and microSD. It connects via Thunderbolt 3, offering transfer speeds of up to 2750 MB/s, can be configured to be a RAID and supports daisy chaining. We had a closer look.

The Blackjet UX-1 Cinema Dock is obviously made to be rack-mounted and fits a standard rack mount system. The SSD ports are front-loading and don’t require a caddy or some other solution like that. The right part of the device is taken up by the various memory card slots it offers. There is one group of slots for CFast 2.0 and XQD 2.0 and one for the other slots – we will come back to the significance of that fact. The back of the device consists of a power connection as well as Thunderbolt 3 in and out ports. 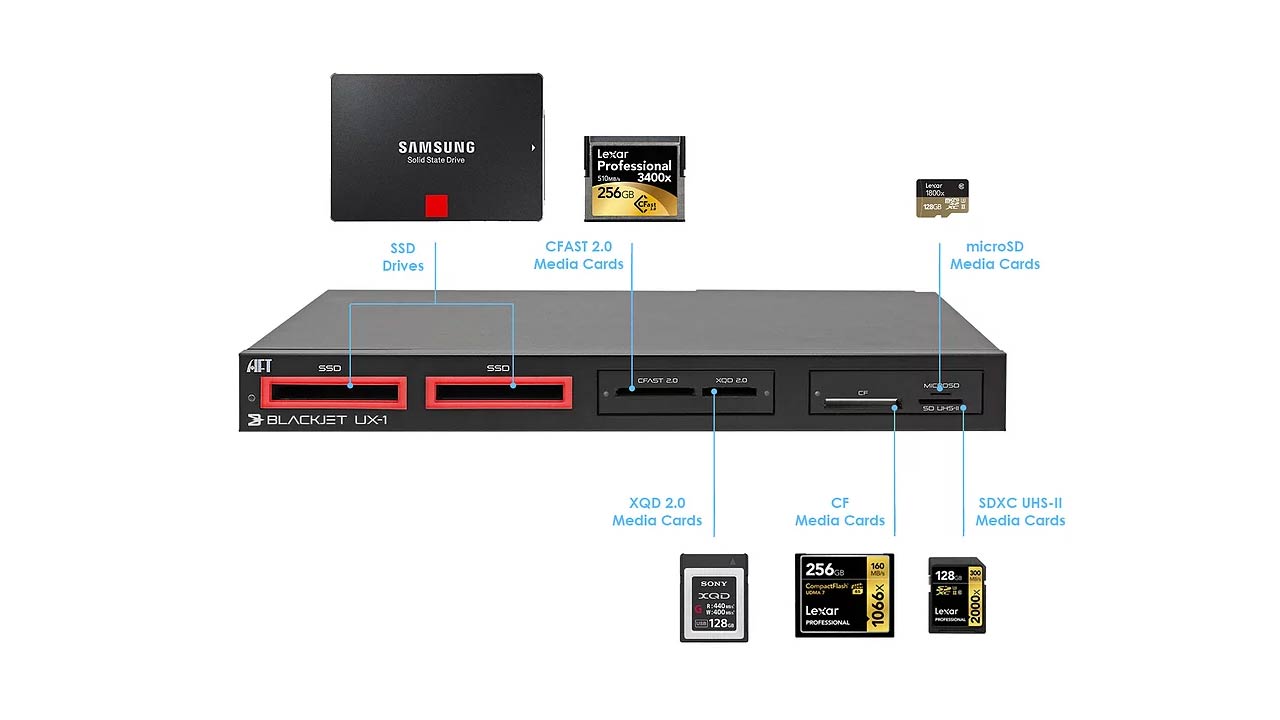 The Blackjet UX-1 Cinema Dock accepts two SSDs at the same time. These can either be mounted as single drives, or configured to be either a RAID 0, RAID 1 or JBOD. As a reminder: RAID 0 will award you the combined speed of the SSDs mounted into the dock using striping, but no data redundancy, while RAID 1 will offer full redundancy without any gains in speed. The benefits of a JBOD (“Just a bunch of drives”) will vary depending on configuration and the drives involved. So RAID 0 might be the one you’d use when editing high-res footage on location.

The Blackjet UX-1 Cinema Dock offers the full 2750 MB/s of Thunderbolt 3 and works on Mac OS X, as well as under Windows 10. There are a few caveats to be discussed here regarding transfer speeds. While 2750 MB/s are the theoretical ceiling of Thunderbolt 3, real-world transfer rates will generally be lower – think 10 – 15% here – and will be dependant on the drives involved, as well as the Thunderbolt 3 cables and their quality. In addition to that, not every single card slot will have its own controller, but there will be card slots coupled under one controller. This is the case with CFast 2.0 and XQD 2.0 sharing one controller and the CompactFlash, SD and microSD sharing another. The SSDs have their own RAID-controller. Now under the hood, Thunderbolt 3 consists of 4 PCIexpress lanes coupled into one connection. It would stand to reason, that each card controller would get on lane, the SSDs would get two lanes. I reached out to Atech Flash Technology to confirm that, but received no comment. The takeaway is this: you might see drops in expected speeds using for example the CFast 2.0 and QXD 2.0 port at the same time. However these performance drops would likely be very minor and barely noticable in real world usage. 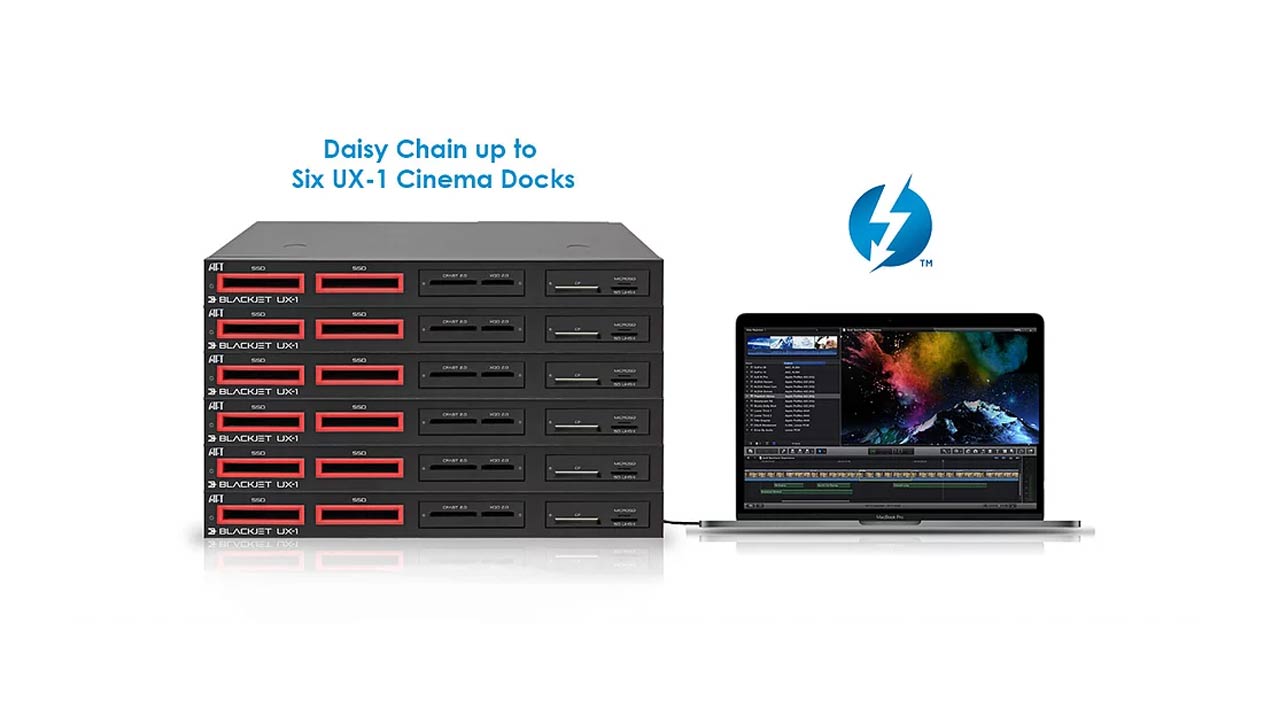 Being a Thunderbolt 3 device the Blackjet UX-1 can be daisy-chained with 5 additional Thunderbolt 3 devices, or (as per Thunderbolt 3 standard) two 4k 60Hz displays at the connections end point. You could also attach a USB-drives at the end point of the connection. Keep in mind, that this will also impact transfers speeds. Theoretically you could thus connect up to six Blackjet UX-1 docks to each other. However, also keep in mind that dreams of coupling 6 docks to create one giant super-speed RAID 0 would be short-lived: every dock has its own RAID-controller, so you’d have to use JBOD for that – probably still an interesting experiment though. 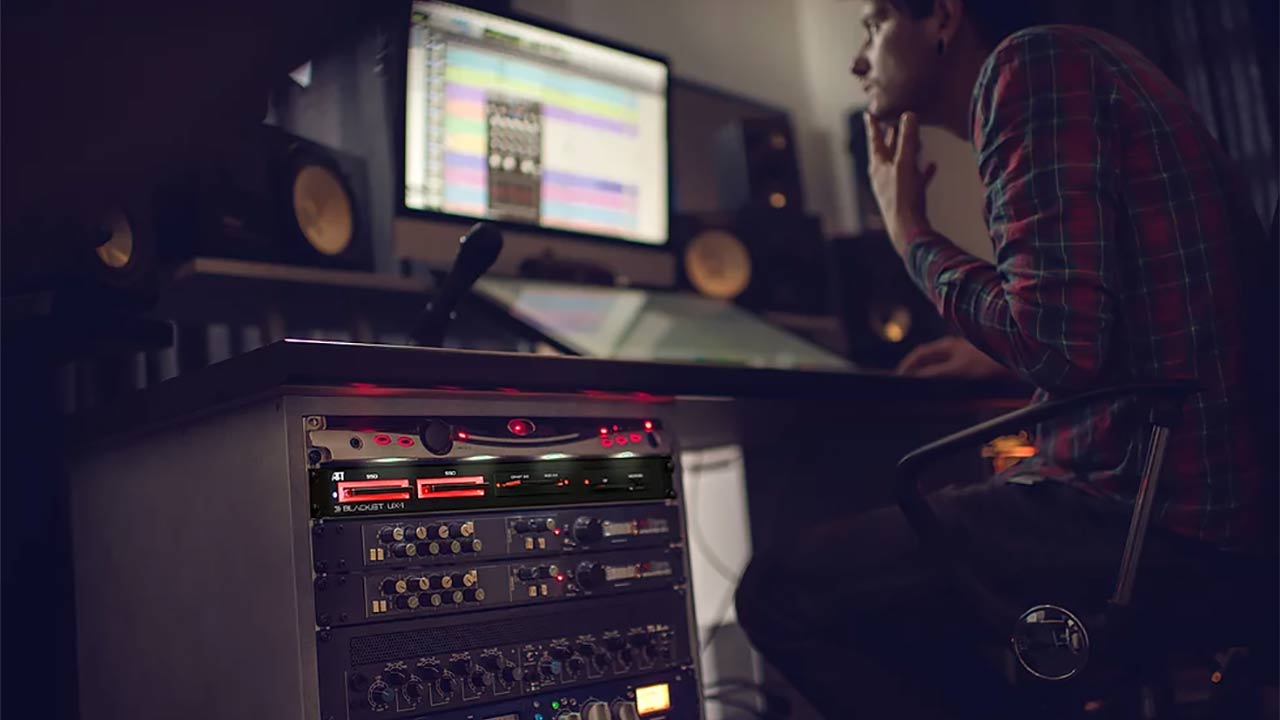 Atech markets the Blackjet UX-1 as a multipurpose Cinema Dock with which you can ingest footage, edit it, or archive it. Indeed the device seems like a very capable one in that regard and can be used in myriad ways and workflows. I’d just like to point out that the part of using it to archive footage seems like little more than marketing speak. Using SSDs to archive is not exactly financially feasible, and if the Blackjet UX-1 is only used to put the footage into some other archive, then what does “ingest” mean?

Apart from that, the Blackjet UX-1 Cinema Dock is a very interesting device, geared towards today’s fast turnaround market and fast-paced, flexible workflows at a rather attractive price.

What do you think? Is the Blackjet UX-1 an option for you? Can you see the usefulness of such a device? Let us know in the comments.