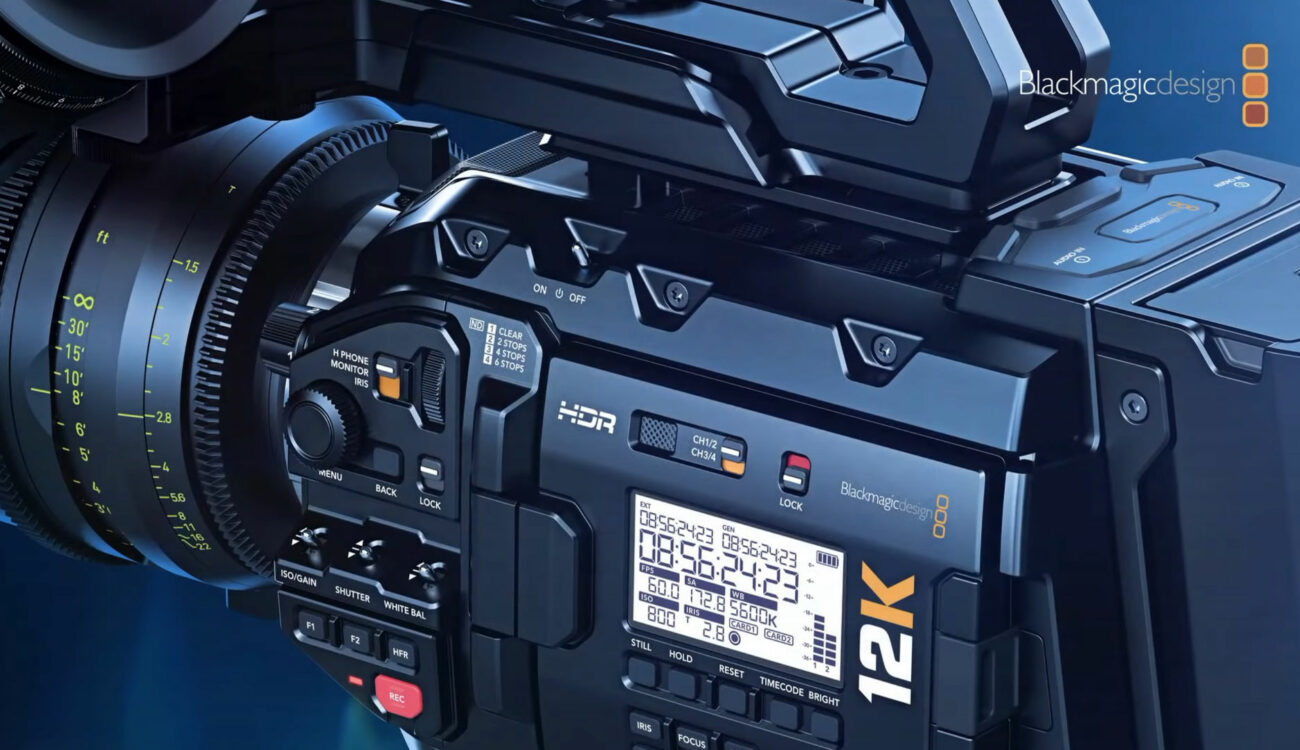 Blackmagic released an update for the URSA Mini Pro 12K and URSA viewfinder that further expands the camera’s capabilities: Blackmagic Camera Setup 7.0. The camera is just starting to ship and it’ll be capable of recording in 12K 2.4:1 at up to 75 frames per second. Let’s take a closer look.

The Blackmagic URSA Mini Pro 12K was announced in July, and it has just started to ship in small numbers. At CineD, we received an URSA Mini Pro 12K test loaner a couple of days ago and will soon publish our findings about this resolution beast.

As a quick reminder, the camera features an impressive Super35 sensor with a massive 12,288 x 6,480 resolution and DCI 17:9 ratio. When announced, it was capable of recording in BRAW in 12K at up to 60fps.

Blackmagic just released Blackmagic Camera Setup 7.0 for the URSA Mini Pro 12K, but unfortunately, there are no new features in 7.0 for other camera models.

Here is a complete list of all the new features for the Blackmagic URSA Mini Pro 12K:

I have to admit that all these numbers are something we couldn’t even imagine a few years ago, and that’s impressive. You better invest in a powerful computer and a lot of memory cards if you plan on purchasing the URSA Mini Pro 12K.

Did you pre-order the URSA Mini Pro 12K? What do you think about all these extra framerates? Do you think they will be useful for you? Don’t hesitate to let us know in the comments below!