No longer only a mysterious billboard outside NAB 2018, the Blackmagic Pocket Cinema Camera 4K is here and it shoots 12-bit RAW cinema 4K 60fps and full HD at up to 120fps — all at an impressive price point. The specs, pricing and more are below including an interview with Blackmagic Design CEO, Grant Petty: 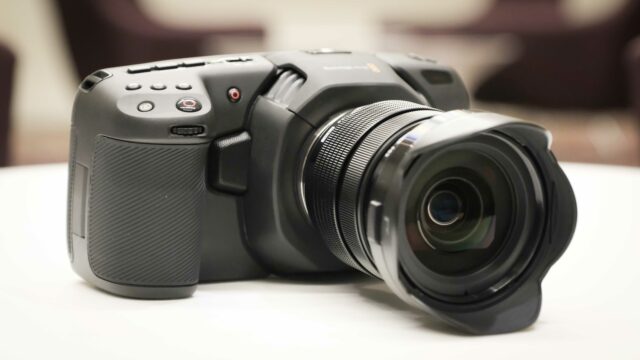 Unlike its HD-only predecessor, the Blackmagic Design Pocket Cinema Camera, the new 4K version shoots full cinema 4K (4096 x 2160 pixels) at up-to 60fps with a newly designed 4/3 (18,96 x 10mm) sensor. You’ll also be able to capture full HD 120 fps cropped (no info on how much of a crop) slow motion in both 12-bit CinemaDNG RAW and 10-bit Apple ProRes 422 (HQ) varieties. Unfortunately you won’t be able to shoot in the newly announced Pro Res RAW — at least not yet.

The company promises a significant performance increase when it comes to low light capabilities and the camera tops out at 25,600 ISO, though time will tell how high you’ll be able to crank the cameras dual native ISO and still achieve “pro-level” shots.

You can record to two slots using SD/UHS-II and CFast cards (they’ll switch over mid-recording if the second slot is fast enough) or record directly to an external drive through USB-C. 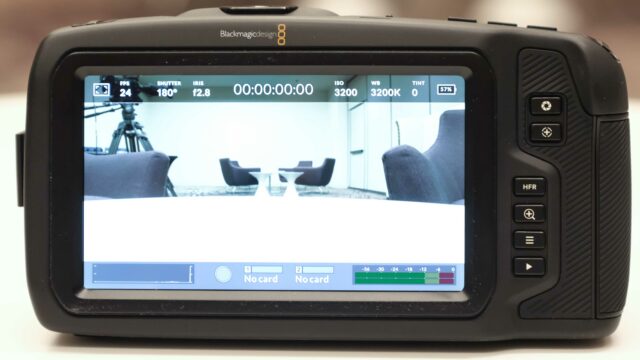 The camera features a 5-inch LCD touchscreen (see above photo) that takes up nearly all of the real estate on the back of the body. URSA owners will find the menu system familiar as the pocket 4K runs on the URSA operating system. The camera uses the same lens mount as the original pocket allowing for EF, PL or C mounts to be used with an adapter.

It may no longer truly be “pocket sized”, but the carbon fiber polycarbonate composite body feels solid to the touch. 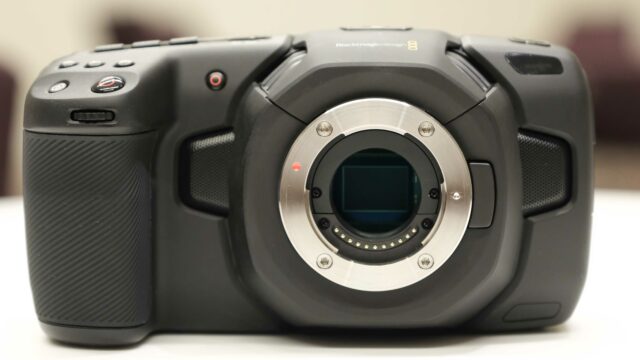 “Function” buttons on the upper right of the body are all customizable and you’ll be able to map your favorite tools (such as peaking, waveform etc.) to these keys. A high frame rate button on the back also lets you jump right to high speed modes quickly. 1/4″-20 holes are available on the top and bottom of the camera for accessory and tripod mounting. 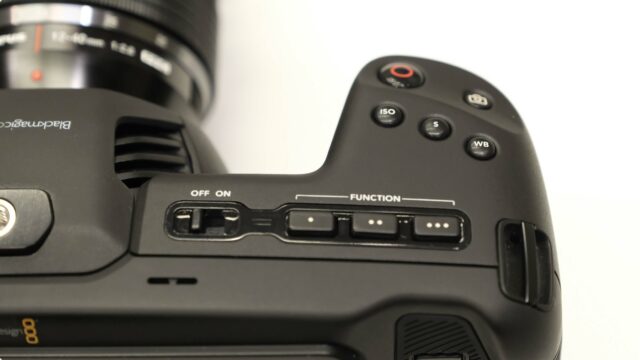 Notably, the camera is powered through the popular Canon LP-E6N batteries and not the Blackmagic lithium ion branded batteries of yesteryear. Another interesting power feature: when you remove the battery the camera will automatically safely power down and will power itself up once a new battery is inserted in the battery compartment. No intimidating warning message. 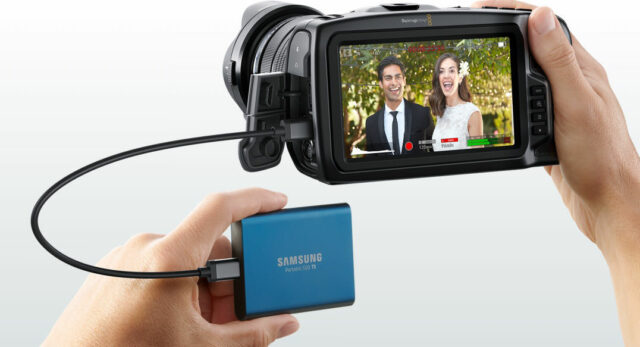 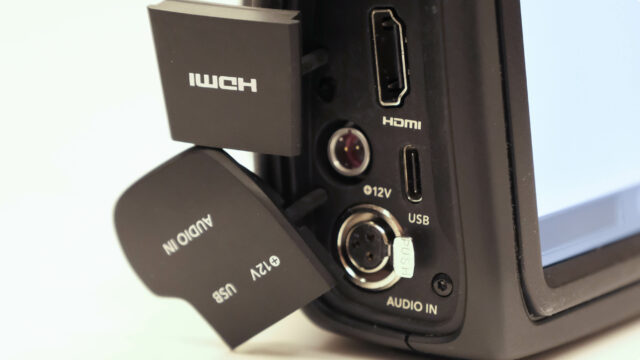 This isn’t the only NAB 2018 news out of Blackmagic Design — the company has announced a significant update to Da Vinci Resolve which we’ll cover in a separate article and video interview with Grant Petty. 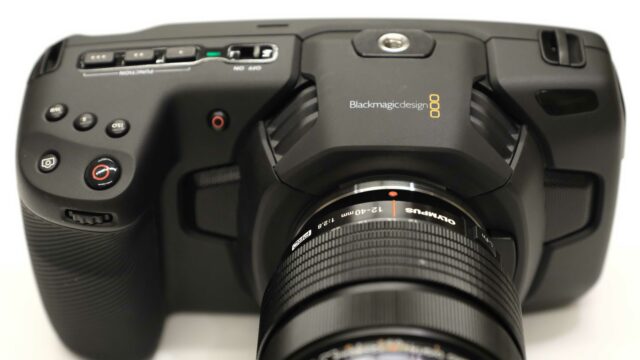 While it is unfortunately not shipping until September the price point of $1,295.00 keeps the pocket 4K camera in a category of its own and being able to shoot RAW 4K potentially makes the camera an excellent successor to its HD little cousin. We’ll reserve judgement until we are able to do a full field review, but on paper the camera shows a great deal of potential. 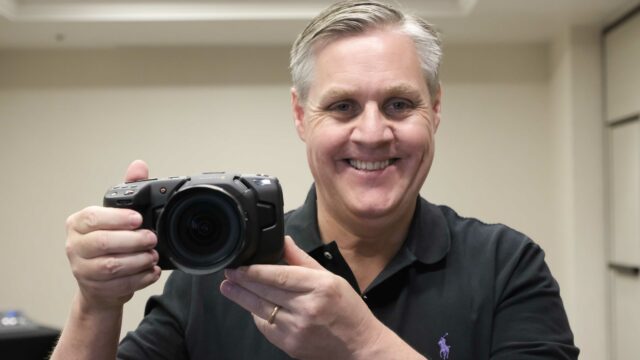 What do you think? Will you be picking up the Blackmagic Design Pocket Cinema Camera 4k when it ships later this year? Comment below and stay tuned to all of our NAB 2018 coverage throughout the week!