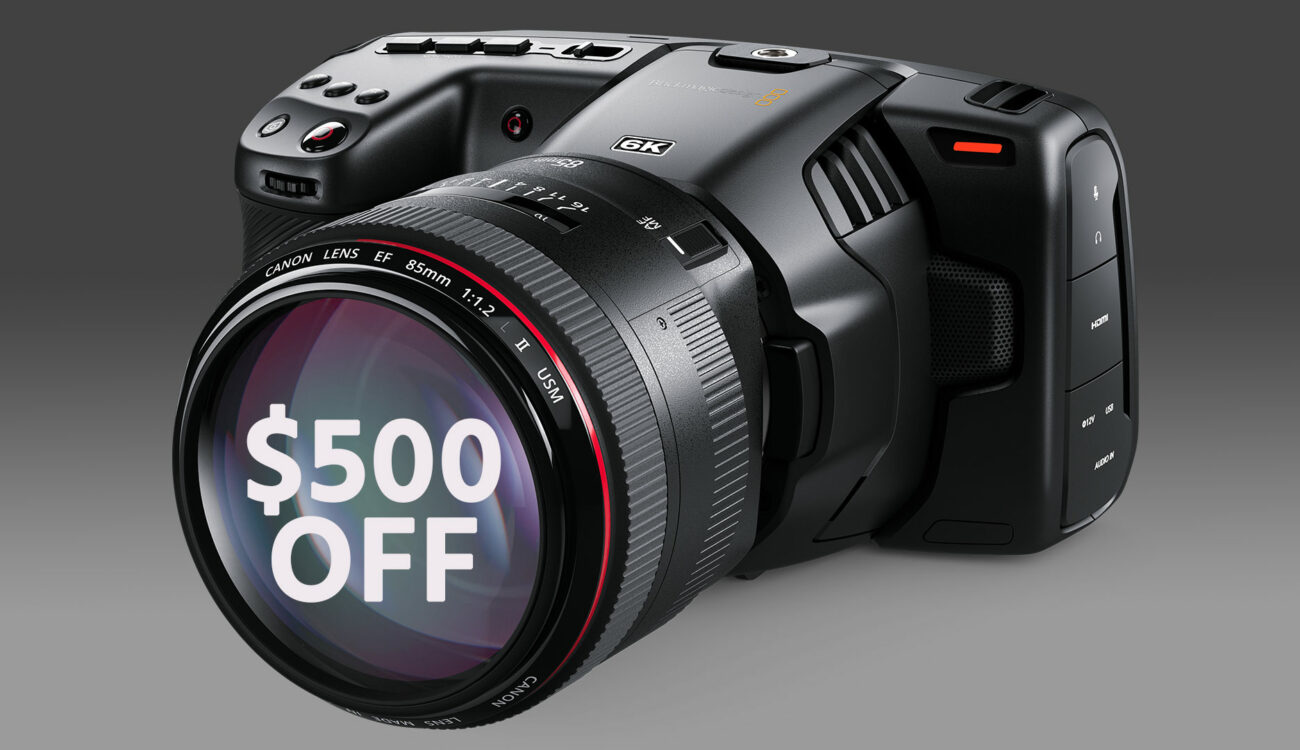 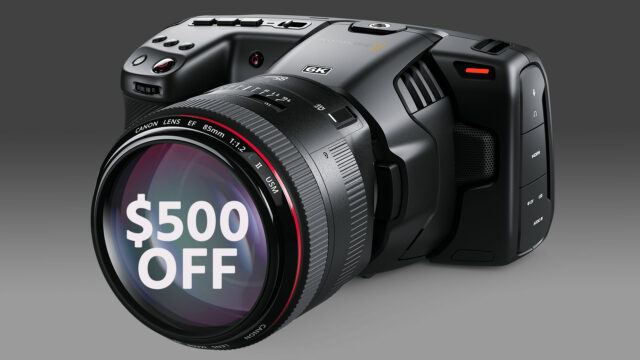 Blackmagic Pocket Cinema Camera 6K was announced last year in August. With that camera, Blackmagic Design offered an alternative body for customers who liked the Pocket 4K but wanted a larger sensor with 6K video and Canon EF mount. If you want to refresh the camera’s features and specs, make sure to check our extensive coverage of the BMPCC6K:

The Blackmagic Pocket Cinema Camera features built-in CFast and SD UHS-II card recorders, and a USB-C expansion port for recording directly to an external SSD. On the back of the camera, there is a 5-inch touchscreen for monitoring and camera control. 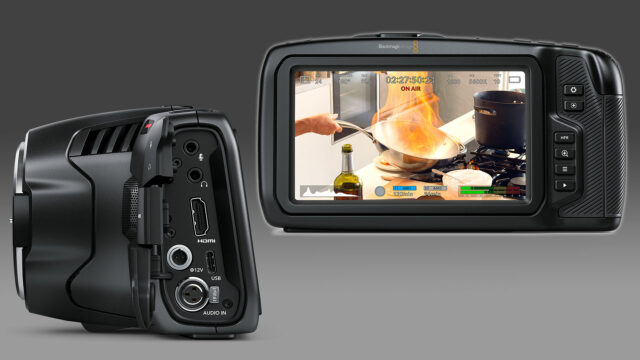 Only a few weeks ago, Blackmagic Design announced its new ATEM Mini Pro along with firmware update 6.9 for the BMPCC cameras. With the new firmware, Pocket 4K and 6K cameras can better function as studio cameras for live production with ATEM Mini. Video and control can be done via the HDMI connection, which is available as soon as the cameras are plugged in.

The record light becomes a tally light so customers can see which camera is on air. The ATEM Software Control camera page has a camera control unit (CCU) style interface for adjusting and matching their cameras. Users can move the CCU control vertically for iris and left to right to adjust the black level. It’s the same as a broadcast CCU. There are also controls for color tint to balance camera as well as focus, gain, and shutter speed. At the same time, customers can still record Blackmagic RAW in the camera for editing later. 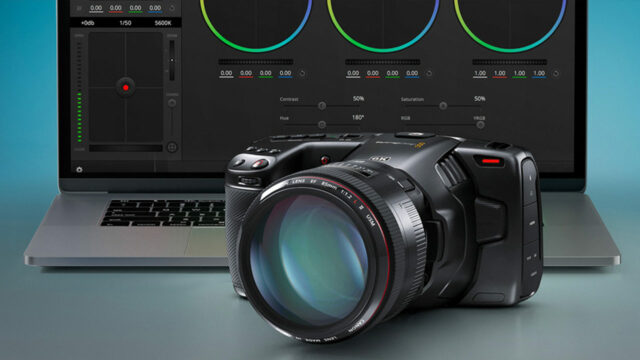 Altogether, the BMPCC6K was offering a lot for its price even before the price drop. Now with the $500 off, it is a lot of camera for relatively little money in my opinion. If you are interested in buying the Blackmagic Pocket Cinema Camera 6K, we will be happy if you use the following links to our partner stores. With no extra cost, we get a small commission from your purchase which helps us running cinema5D.

Were you planning on buying the Blackmagic Pocket Cinema Camera 6K? What do you think about this price drop? Let us know in the comments underneath the article.