The new Blackmagic Pocket Cinema Camera 6K has landed. It offers (up to) 6K resolution, a Super 35 sensor, and a Canon EF mount. Aside from those changes, what are the main differences (or similarities) between this one and the older Pocket Cinema 4K? In case you are already a proud owner of the 4K version, will it make sense to upgrade? In the above video and in this article I’ve tried to answer this question. 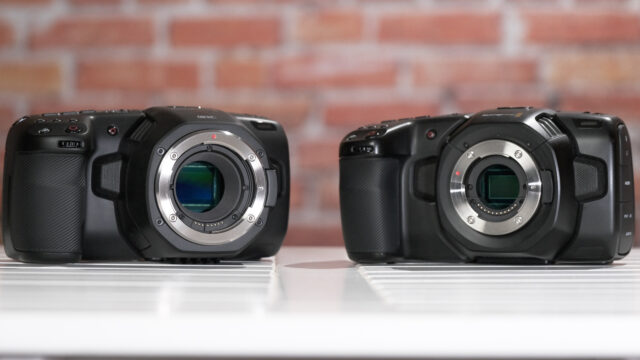 Blackmagic Design, the company who engraved on its flag to cater us, the filmmakers, with high quality “on the budget” tools for filming/editing and postproduction, has done it again by delivering a camera that obviously managed to stir our swamp. Personally, in all my cinema5D years, I haven’t seen such a phenomenon where people endorse a camera so fast. Probably Blackmagic Design did something right. Apparently, when it comes to “value for money”, people are more forgiving when some (important) features are missing. But for now, let’s leave usability aside as this is not the essence of this article. 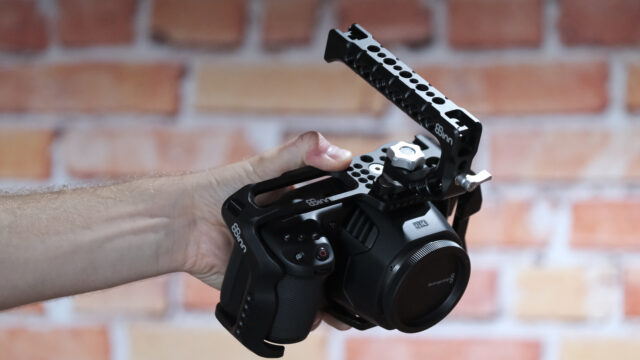 As this camera proved to be of great interest for many, we’ve decided to dedicate the extra time to review it inside out. Here in part one, I’m talking about how the new camera compares to the older BMPCC 4K. The second part, which I took the new BMPCC 6K for a short spin and shot a short documentary with it, will see the day of light early next week.  The third part is a bit more technical. Gunther, my colleague, will conduct aDynamic Range, Latitude and Rolling shutter tests during next week. Of course, we will share our results with you guys as soon as we have them ready. 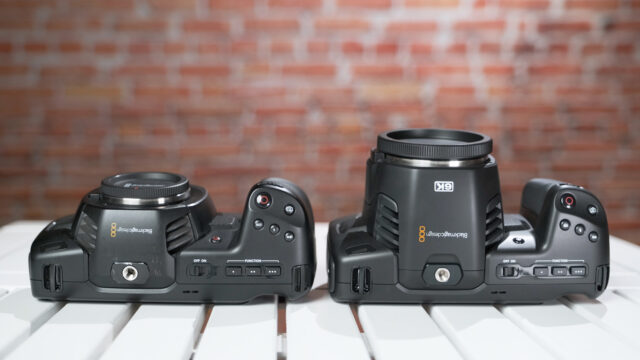 Let me start from the obvious… Unlike its 4K brother (or is it sister?), the new 6K camera can be used for filming in up to 6K resolution in different frame rates. The nice thing is, that even when filming in the highest resolution and codec, a fast SD card can still be used for convenient internal recording. (BM RAW 3:1, 6144 x 3456. We heartily recommend using Angelbird V90 cards. They are fast and reliable). Mind you that this will work when filming in 24/25p. If your wish is to film in 50/60p, CFast 2.0 cards will become your best friend. Both cards options are rather limited when it comes to capacity, so a feasible solution will be to use an external SSD. Again, I can recommend using Angelbird as I’m yet to be disappointed with their media quality or, customer service. (Wish the same could have been said about Lexar. What a horrible customer service experience. NEVER again!).

By the way, speaking of resolution, mind you that recording in 6K is available in Blackmagic RAW codec only. (4K can be recorded in ProRes). I guess Blackmagic design wanting people to convert and use their DaVinci resolve platform for the purpose of editing.

Unlike its sister (or is it brother?), the sensor inside this camera is larger than the one found inside its 4K sibling. (Super 35 vs. Micro Four Third). In fact, it is a little bit smaller than other S35 sensors, especially those made by Canon, but who are we be too so picky…

In general, the advantages of having a larger sensor are a wider field of view, easily manipulating depth of filed and, depending on the sensor pixel count (and pixels size), better lowlight capability.

BMPCC 4K has a Micro Four Third lens mount. The new  BMPCC 6K is now equipped with an EF lens mount. It’s absolutely legit to ask if Blackmagic did the right choice here, but in all honesty, I do understand why they went this way. The good thing, it’s time to air brush some dusty EF mount lenses. I thought I’ll never use them again… The less good thing, any other modern mount could have taken this camera to a different level when it comes to lens usage flexibility (shorter flange, bigger chance for adaptivity). In a way, that’s where the older BMPCC 4K shines. The MFT mount is very adaptable. Throw a Metabones Speed Booster EF to MFT ULTRA  0.71X on it and bang, your field of view becomes wider (even more than the one found in the new camera), and on top, you gain one stop of light.

As a result of using the EF mount on the new BMPCC 6K camera, NOT all cages suited to the 4K model will fit. We can confirm that 8Sin and SmallRig cages will. In regards to Tilta’s cage, “as is”, the cage WILL NOT fit. With a little adjustment that forces one to move the front nose part (“Tilta’s logo”) and the very small rubber band under it, it will fit, BUT it will also be VERY tight and can cause some scratches to the camera body itself.

Up to 21.2MP still image capture. This is an improvement over the 8MP the BMPCC 4K offered. Will test this feature when in the field. 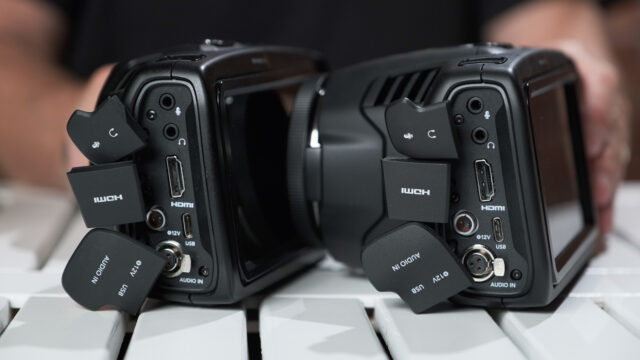 Where to start. Both cameras share so much together. Excellent OS (The best in the industry to my taste), color science, 1920 x 1080 touchscreen 5″ LCD, buttons layout, general camera body structure (but the upper EF mount and lower ventilation ribs). Inputs/outputs, power options. Even the battery life is almost the same. The advantage goes to the new 6K camera as it was running about 6 minutes longer… (Yehhh). When it comes to autofocus performance, both cameras showed inconsistency, so each did a bit better on a different round (long story short, both behaved the same). Weight-wise, the BMCC 6K is 168g heavier. I guess I can live with this… When it comes to low light, I’ll try and take a closer look, but for now, it looks as if both are performing in a similar way. Dual native ISO values are the same, the cleanest image should be obtained when using ISO 400 and ISO 3200. Last but not least, even the rolling shutter effect seems to be visually similar. As I wrote before, we will test and come up with a number soon. 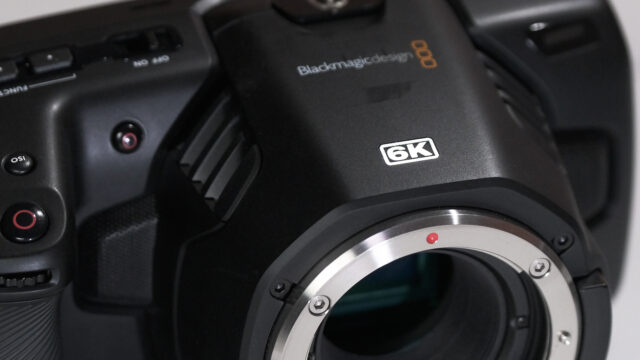 Both, the old BMPCC 4K and new BMPCC 6K are very efficient filming devices. At the end of the day, it really depends on your needs and budget. I guess if I was a BMPCC 4K owner, I wouldn’t rush to replace my camera, while if I was in the market for purchasing a new capable device, the  BMPCC 6K would certainly be a candidate to capture the top of my list.

If you are an owner of the BMPCC 4K, please share with us your thoughts. Did it cross your mind to change your beloved 4K camera? If yes, did you pull the trigger? I’m genuinely interested to know why.