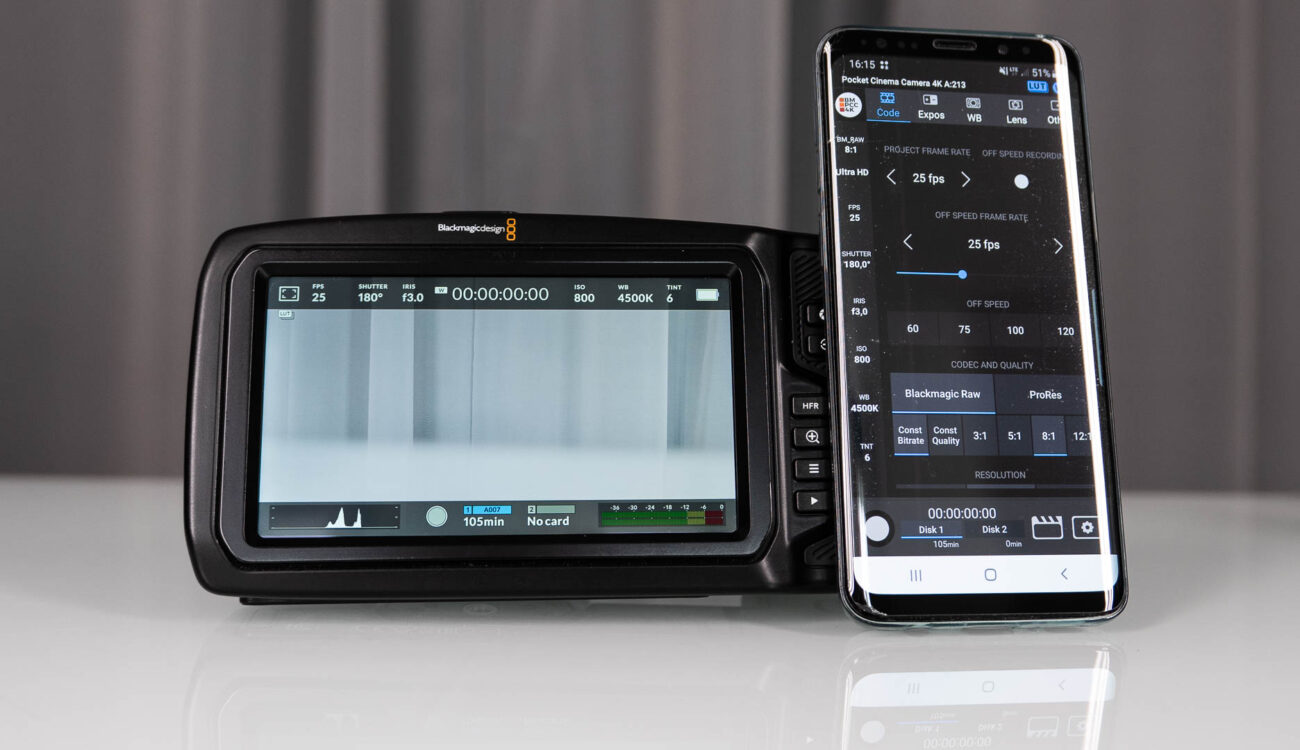 The BMPCC4K Controller app is available for Android devices and it enables controlling of almost all aspects of the camera. It is very quick and responsive without any noticeable delay and it offers customizable minibar for quick settings. 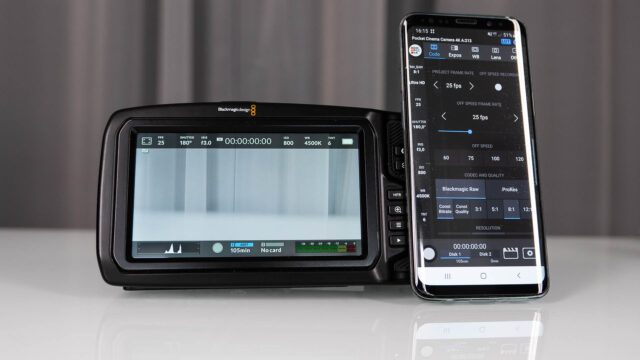 The Blackmagic Pocket Cinema Camera 4K (or shortly BMPCC4K) was introduced last year. Despite not being as portable as the first generation, the camera brings high image quality with internal recording for an unprecedented price tag. Watch and read our detailed assessment of the camera in our hands-on review. The BMPCC4K features a Bluetooth wireless communication module, which can also be used to control various functions of the camera. Since Blackmagic Design does not supply any remote control app on their own, there is a place on the market for apps from third-party developers.

One of those apps is the BMPCC4K Controller from SayEffect Tech Solutions. Firstly, the app is only available on Google Play for Android devices. It’s not for free – the app costs €6.99. I downloaded the app and briefly tested it on my Samsung Galaxy S9 (SM-G960F) phone with Android 9 installed. 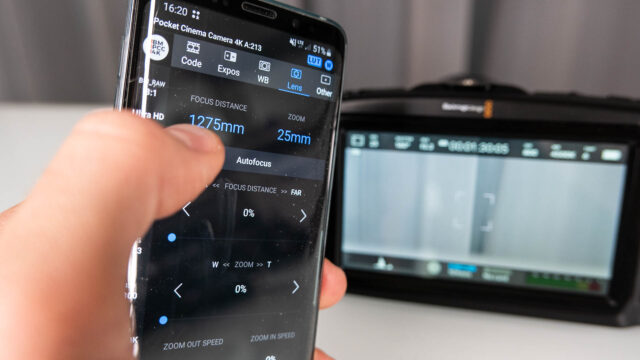 To my surprise, the app needs location service to be turned on to connect to the camera. I don’t like that, because turning on the GPS location on the phone just drains the battery faster. This has, however, something to do with the Bluetooth communication and would probably be the case for any app which uses Bluetooth.

Controlling the camera with the app is really responsive. There is no noticeable delay whatsoever. When adjusting the functions through the dials and buttons, everything worked instantly. 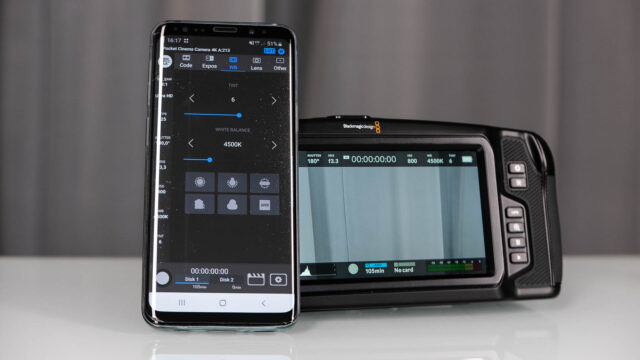 The app provides fast access to recording, setting up exposure, white balance, lens focus and more. Based on the information from the app developers, the features include:

I can confirm, that all of the functions were really available and quite intuitive to control.

I tested the app with the BMPCC4K with the Olympus M.ZUIKO 25mm f/1.2 lens. When adjusting the IRIS of the lens through the app, it works well and the aperture changes instantly. The app, however, does not know what is the minimum and maximum aperture of the lens, so I could move the sliding controller in the app all the way from f/1.0 to f/22 although the lens of course only goes between f/1.2 and f/16. The camera itself has this data, so the app could also have it in my opinion. That is, however, only a minor issue and does not affect the actual usage. 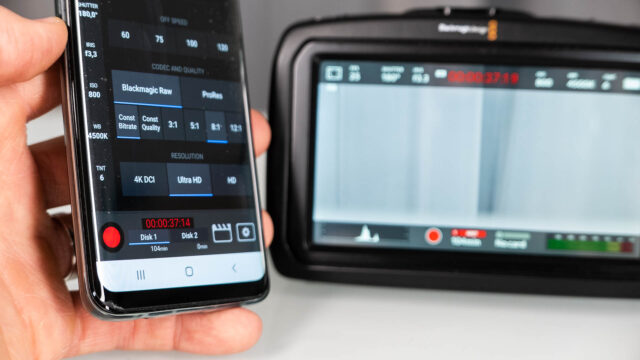 One important thing to mention – the app does not have a live preview. It can trigger a review of the last filmed clip, but that will only be played on the camera’s display. The app also offers Slate mode only. There is a customizable minibar to view and speed click to a particular setting. The bar can be positioned on the left side of the phone screen, on the right side, or turned off. 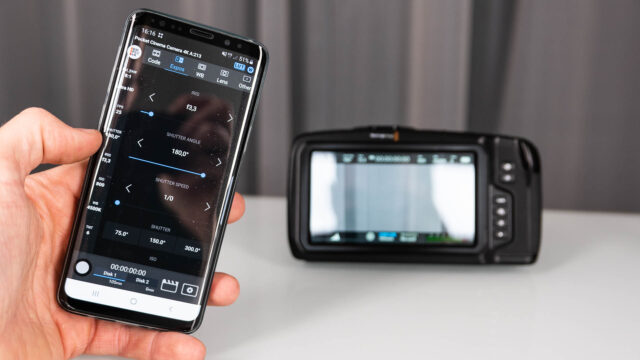 The BMPCC4K controller app requires the camera to be updated with the latest firmware version 6.2. As I mentioned earlier, the app is only available on the Google Play store (link here) and it costs €6.99. There are more BMPCC4K control apps in Play store with different ratings, but they are all paid apps. I only found one free app, which can only start/stop the recording with the camera though.

What do you think of this BMPCC4K controller app? Have you tried some app to control your Pocket 4K? Let us know in the comments underneath the article.