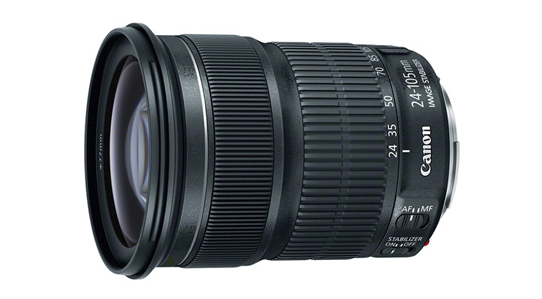 The latter is actually an EF-S lens; it’s made specifically for APS-C cameras so won’t be compatible with full frames cameras.

We’re starting to see STM auto focus in many of Canons latest lens releases, particularly compact non L series lenses. The stepping motor technology is more effective for continuous auto focus, and coupled with it’s form factor could make a great companion to the C100 on a stabilization device like the Movi M5 or DJI Ronin. Canons next lens release, the 24-105mm f/3.5-5.6 IS STM also utilizes the same AF system, unlike the 24mm pancake however this lens is designed for the full-frame format. It shares the same focal length as one of Canons most popular kit lenses, the versatile Canon 24-105mm f/4 L. At nearly half the price, you lose the constant aperture, build and weather sealing.

There are now many zoom lenses in the standard focal length range; this is the only 24mm-something that is a non L series EF lens. Despite being a congested sector, each lens brings something slightly different to the table. Lets have a quick look at how they line up, stating their best and unique assets.

Lastly is the new Canon EF 400mm f/4 DO IS II USM. The price tag, size and focal length will only attract a handful of users. The lens features diffractive optics for increased optical performance at the long single focal length. “Gapless dual-layer diffractive optics are employed within this lens’ construction to produce a smaller, lighter weight 400mm option with enhanced correction for chromatic and spherical aberrations. Aspherical and UD elements are also utilized to further reduce distortions and optimized coatings contribute to increased clarity and contrast.”

Canon claims a 4-stop effective image stabilization system, along with fast USM and internal focussing. It takes 52mm drop in filters, has a rounded 9-blade aperture diaphragm and like many lenses in the same class, features an AF stop button towards the front of the barrel.

Find pre-order links below for all 3 lenses.