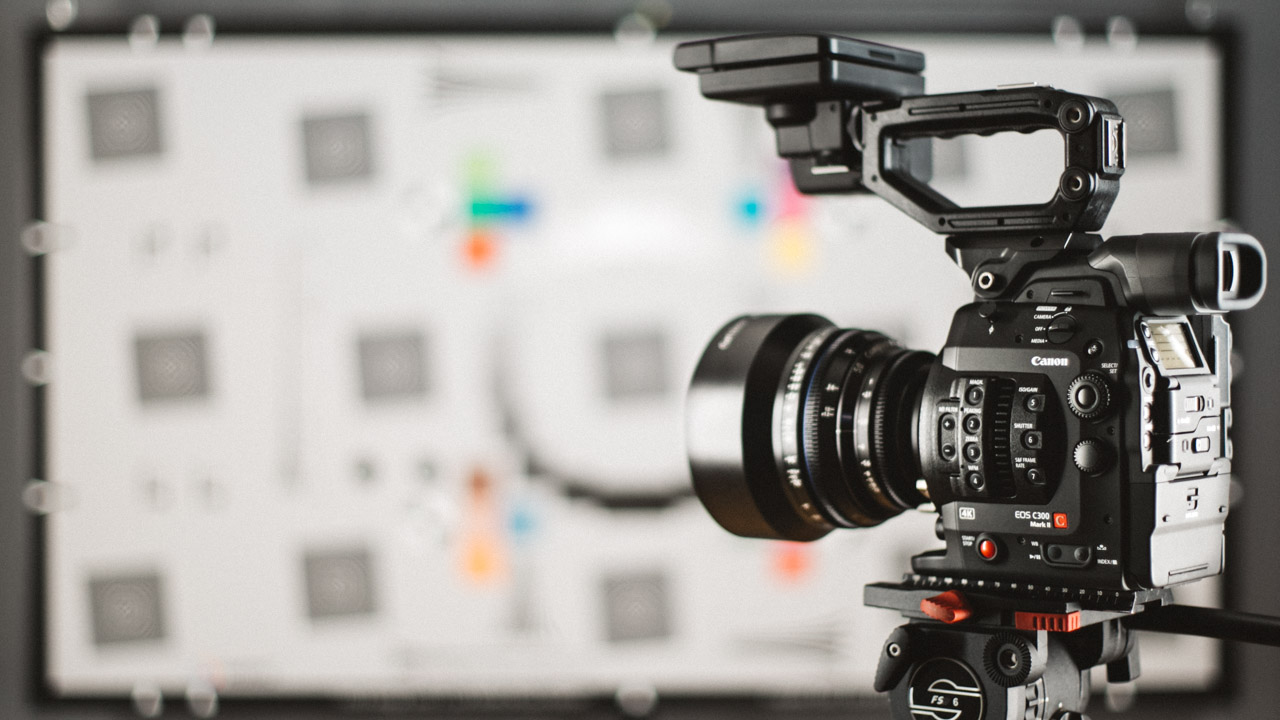 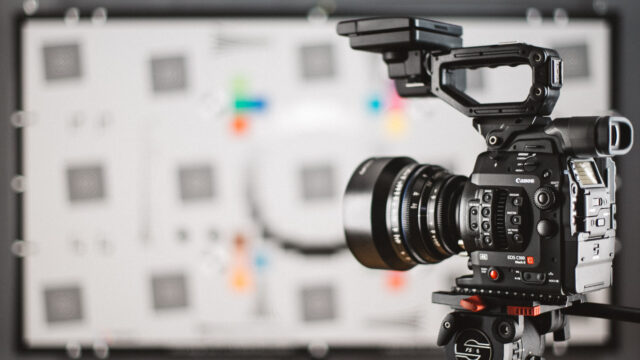 The Canon C300 Mark II is here and comes with a lot of high expectations by customers and a hefty price tag of $16,000. Many are willing to put down the investment as they anticipate superb image quality in return and a new flagship cinema camera that has been several years in development by Canon. In our test lab we took a closer look at the C300 Mark II’s performance and found it less powerful than expected.

[UPDATE:] Canon responded to our article.
Read: How Canon Measured 15 Stops of Dynamic Range on the C300 Mark II

At cinema5D we conduct camera reviews and comparisons. As manufacturers are not limited in the way they advertise their camera’s performance we strive to put the numbers in perspective with unified tests on the latest cameras on the market.

Being a shooter myself I know it’s actually really hard to objectively pinpoint the performance of a camera. In this Canon C300 Mark II lab test I want to give you some insights into our findings about the new Canon C300 Mark II and show you how we tested. 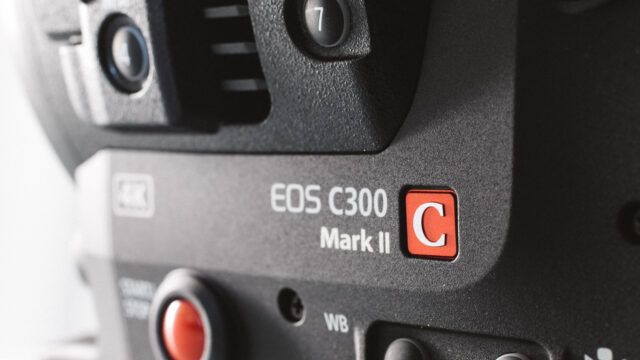 The Canon C300 Mark II has raised a lot of eyebrows since the announcement in April. The first Cinema EOS camera, the C300 has been very popular and remains the go-to option for many TV, film and independent productions. With the C300 Mark II Canon introduced numerous advancements, most notably 12-bit 2K as well as 4K 10-bit internal recording and improvements in terms of sensor technology and image processing. According to Canon:

“a 15-stop dynamic range is provided by a new photodiode design that simultaneously lowers the noise floor”.

Considering that the defacto cinema standard Arri ALEXA was announced with 14 stops of dynamic range the Canon C300 Mark II comes with a bold claim. The information surrounding the new Cinema EOS camera seems to suggest that Canon’s new sensor could actually compete with the image quality of the good old Arri ALEV III sensor that is used in all 9 versions of the ALEXA Arri has released over the years.

As with any new camera on the test bench I was curious, but eventually what I found during the lab test wasn’t what I was hoping for. 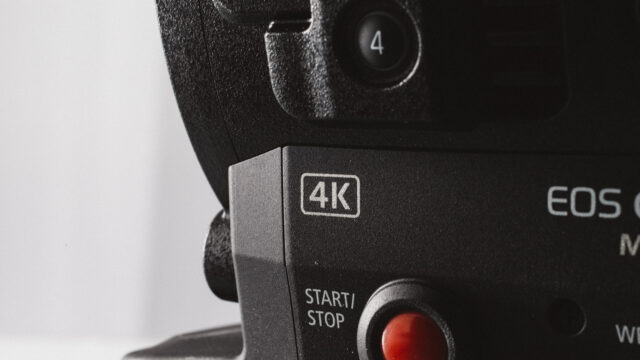 So I looked at the dynamic range. At cinema5D we measure this using a DSC labs XYLA-21, an LED-backlit transmissive chart that displays 21 stops of dynamic range. Each vertical bar represents one stop of light. This way it’s very easy to judge dynamic range just with your eyes. At the end we evaluate the recordings with a software by IMATEST that spits out a dynamic range value. There’s some more science behind it, but I’ll spare you the details.

As we are recording each ISO value with each camera using the identical very sharp Zeiss 50mm CP2 T/2.1 makro lens with interchangeable mount we can compare all cameras to each other. In our database we have about 20 cameras on record so far.

In our tests and according to our workflow it turned out the camera actually has 12.3 stops (measured) of usable dynamic range.

Usable dynamic range. What is that? That means within this range you have picture information that you can use. Anything beyond a certain “Signal-to-Noise” ratio is so noisy we think it’s unusable. I must say 15 stops of dynamic range is something I cannot find in the Canon C300 Mark II. There’s always a chance there’s some hidden setting in the menu to unleash the HDR potential of the sensor, but I couldn’t find it. 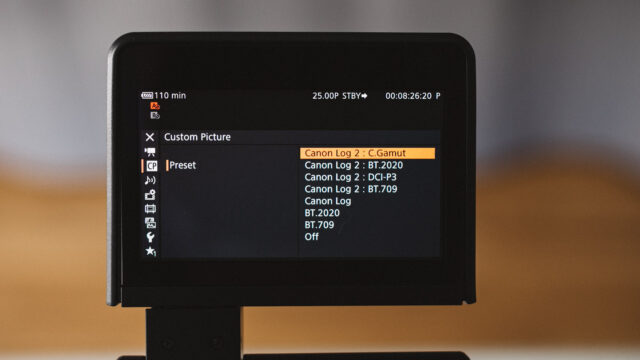 Reading comments of other camera enthusiasts it seems that many expect the new C300 sensor to hold up to the performance of the ALEXA cameras. What I see is that the C300 Mark II is still far away from matching this reference standard and almost on par with the Sony FS7 (measured at 12.4 stops).

An additional surprise was that I saw a lot of noise in the dark areas on the Canon C300 Mark II even at its base ISO of 800. While the camera has a very clean image in the brighter areas and has a really neutral tone with minimal color noise, there is a point in the dark areas where the noise kicks in strongly. When I did some test shots of natural subjects I realized that images shot on ISO 800 that are just 1 stop underexposed can quickly become a little too noisy for my taste especially in comparison to a camera like the Arri AMIRA (our reference camera). That is rather the opposite of what I expected after all the talk about the Canon C300 Mark II sensor and processing being so new and advanced. Ultimately one has to admit the 5 year old Arri ALEXA sensor is doing better…

Looking at the Test Charts

Below you can see 3 different cameras compared with the method explained above. The Canon C300 Mark II, Arri ALEXA and Sony FS7. You can see the usable dynamic range highlighted in red. The two fields (stops of light) to the left are overexposed, the range to the right is too noisy (underexposed).

It is interesting to see how close the Sony FS7 and Canon C300 Mark II are in terms of dynamic range performance, while the Arri ALEXA clearly has a wider dynamic range and much better noise performance. Furthermore you can see that the ALEXA has a much nicer highlight rolloff and a very nice “looking” noise overall even in the far blacks. The Canon C300 Mark II has very little color noise, which is nice, but at one point in the darks, the noise is getting very severe. You can see this much better in the following image. These are the same shots with gamma lifted equally so we can better see what is happening in the shadow areas, or what would happen when we push the image in post:

I am aware that some people might have questions about our tests. Here are a few answered in advance: 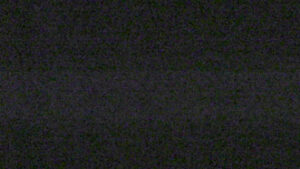 One more thing I’d like to mention is that strip of light that is visible on the Canon C300 Mark II recording. In the very dark areas you can see a faint horizontal strip across the image coming from the opverexposed fields on the left. I have no explanation for that phenomenon.

The C300 has a reputation of producing nice lowlight images and the Canon C300 Mark II is said to be even stronger in that regard, with an available ISO range of up to 102,400 it sounds promising. In my initial tests however I felt that the camera also didn’t perform as good as I expected. Personally I thought I would probably not go beyond ISO 6400 for most projects, which is more or less in the ballpark of the Sony FS7’s lowlight capabilities. Other DP’s might of course go much higher.

When I compared the Canon C300 Mark II and the Sony FS7 with the chart I found that indeed they look quite similar in terms of usable range. The Canon I would say performs only slightly better at the same ISO speeds. You should know though that ISO values and the way they affect the image brightness are often varying on different cameras. Thus I had to open up the aperture about 1 stop more for the Sony to get the same exposure, meaning the Sony FS7 is actually about 1 stop less light sensitive at this ISO speed. 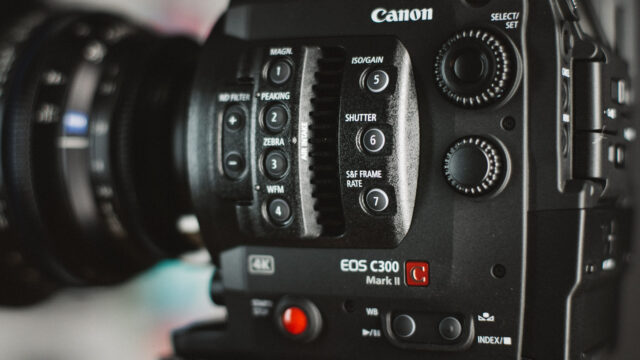 I must also mention: Curious about the 120fps (crop) mode in 2K I found that it’s actually very soft (think 720p) making it much less usable. Personally I expected much more from the Canon C300 Mark II.

Of course there are other aspects to consider about this camera, many of which are not related to the tests discussed in this article. A big point is that the internal codecs are much stronger than on the Sony FS7 and thus it can retain details much better. Also the ergonomics are different and can be a buying argument if you have gotten used to the first Canon C300. There is built-in Genlock and a few other features professionals might enjoy. Check out this comparison of specs between the C300 Mark II’s main contenders for a basic overview.

Personally I think the FS7 and C300 Mark II can compete well in terms of overall performance, but the Sony FS7’s 240fps and other external recording options make it very competitive in regards to the Canon C300 Mark II that requires a much bigger investment. Eventually it is up to every user to decide which features and aspects of each camera’s performance is important to them.

We’ll conduct some more tests at cinema5D and keep you up to date. Subscribe to our newsletter to stay informed (no spam guaranteed), or like us on facebook if you enjoyed this article.

We hope you liked this Canon C300 Mark II lab test. Please do share your own observations and thoughts about this article in the comments.

Note: We contacted Canon to get a response about our findings. A Senior Canon Representative involved in the development of the camera came back to us and let us know that they will wait to assimilate more technical evaluations before commenting.

Thanks to AV Professional for lending us their camera.

Tests conducted to the best of our knowledge. Errors and omissions excepted.